Armed with an updated billing platform for Spectrum Mobile, Charter Communications is ready to go bigger and faster with mobile in 2022. 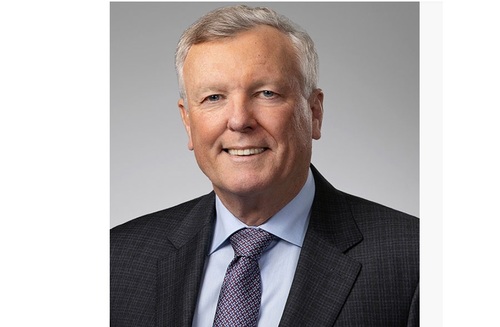 Charter, he said, has just "redone" the billing system that Spectrum Mobile rides on, noting that the prior billing system did not scale as well. The old system, Rutledge added, caused Charter to "hold back" some of its marketing efforts earlier this year.

"We have the ability to accelerate growth in the mobile platform and do that in a logical way," Rutledge said, noting that Charter is now integrating mobile with its core cable products for both residential and business customers.

Rutledge didn't elaborate on what kind of growth rate can be expected from this acceleration. But the ramp-up arrives in the wake of a third quarter in which the 244,000 mobile lines added by Charter in the period (for a grand total of 3.18 million) fell a bit short of analyst expectations. Comcast, meanwhile, announced yesterday that it expects to add a record number of mobile lines in Q4 2021.

Rutledge said Charter is picking up the pace on mobile marketing. "We know what we're doing and how to do it at this point, so we're ready to go faster," he said, noting later that he hopes Charter can get the kind of upside with mobile that it got with VoIP and home phone service. "We're getting response. Our mobile business is accelerating."

For now, Charter will continue to avoid offering subsidies and steep promotions to drive mobile growth as it instead leans on its by-the-Gig and unlimited packaging, which now includes improved pricing for families that take multiple lines.

"I don't see a need to do it today," Rutledge said of mobile subsidies.

But Charter is moving ahead with a plan to conduct a CBRS field trial involving thousands of small cells in one full market area in early 2022. Charter hasn't identified that first market, but intends to use it as a blueprint for future deployments.

Rutledge said Charter will use the coming field trial to learn how to operate a CBRS network in conjunction with its MVNO deal (with Verizon) and Charter's own network of Wi-Fi hotspots, and to see how seamlessly it can switch customers from one type of network to another. Charter will also test to see how CBRS can lower the average cost to serve mobile customers and what kind of speed and performance can be achieved with those new networks.

"So, what does that mean? It means faster phones with more data, and at less cost, and being able to integrate all of that on a seamless, technical platform that allows the customer experience to be a good experience," Rutledge said. "We think that's what we'll achieve."

Rutledge also elaborated a bit on the expected costs for coming, relatively targeted "high-split" upgrades that will enable Charter to support symmetrical 1-Gig broadband services on its hybrid fiber/coax (HFC) network. Charter is already testing a high-split on a DOCSIS 3.1 network that expands the amount of spectrum dedicated to the upstream  from a traditional range of 5MHz-42MHz to a range of 5MHz-204MHz.

He said funding for the high-splits, at least early on, will come from the company's traditional network augmentation cost line, used for upgrading plant to beef up capacity to stay ahead of data demands. While upgrading the full HFC network with a high-split would cause capex to rise, Charter doesn't expect any increases to come from it early on, only possibly over a multiyear period.

"It's a relatively inexpensive opportunity," Rutledge said of high-split upgrades.