When Amdocs bought Openet in August last year, the hair of Niall Norton, its long-time CEO, was completely black, jokes Avishai Sharlin, the division president of Amdocs Technology, to the visible amusement of a greying Norton. "My boss has been very demanding on targets," laughs Norton on a Zoom call with Sharlin and Light Reading.

There is a natural bonhomie between the two men, who have had to forge a relationship despite the constraints of social distancing. "It was the first time in our company's history that we acquired a company without even visiting the people there once," says Sharlin. "I never drank a beer with Niall."

Relations were not always so good between the Israeli buyer and its Irish acquisition. For years, Amdocs had fought Openet in the law courts, alleging the Dublin-based company had ripped off its patents. It really was a David-and-Goliath contest of unequals. Amdocs records sales of about $4 billion annually. Openet, it emerged at the time of the acquisition, makes about $70 million. 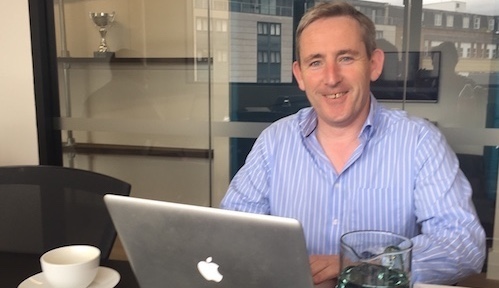 Watching the nimble Openet and its impish boss outrun the Israeli software powerhouse had entertainment value, too. Norton's company continued to be a nuisance after a legal settlement in July 2018, when Amdocs "agreed to license certain patents to Openet." For some policy and charging products, there were big operators that simply preferred what Openet had to offer.

A $180 million takeover finally eliminated the threat. For customers and those watching, it also prompted concern about the future of Openet within Amdocs. Small, innovative firms do not always thrive under the roof of a giant organization. When acquisitions are plainly about eliminating threats, the prognosis is often bleak.

The dangers of drowsy giants

That Norton is still there, smiling and more grey-haired because of his hours, seems a positive sign of the opposite. Post-takeover, much of his initial effort went into reassuring customers worried about "the giant rolling over in the bed and crushing the midget," he says. It has meant demonstrating that Amdocs and Openet have a shared vision about the future of telecom software and proving that Openet can add some Irish spice to the Amdocs wrap.

Specifically, what Openet has that Amdocs appeared to lack is a best-in-class set of policy and charging tools that customers wanted for their 5G services and have been able to run either on-premises or from the cloud. But Amdocs has also continued to maintain its own policy and charging products following the takeover.

"We kept it as two separate lines," says Sharlin. "There are solutions where we need the complex, very IT-driven offline processes and our products are best in class. It took a lot of years before 4G took over 3G and the same thing will happen with 5G. We see that we have the right solution to support both."

The separate lines might not endure, though. Almost as soon as the takeover was finalized, Openet began working with the policy and charging teams at Amdocs, says Norton. The goal, he explains, is "not so much to kill one product or the other but actually to start thinking about what the product in 2024 needs to look like." At some point in the future, says Sharlin, the market will determine how everything consolidates.

Nor do the differences between Amdocs and Openet mean the Israeli firm has failed to adapt its own products to be what the industry calls "cloud-native." Norton is clearly taken with CatalogONE, a complementary set of IT products for managing new offers and services that checks the cloud-native buzzword and various others. "It is a brilliant product, much better than what we had, and we obviously wanted to jump on board," he says.

Just as Openet's products should sit comfortably next to the much broader Amdocs range, like a popular new kid on the school bus, so the Openet organization has essentially been slotted in  with a few exceptions. "It is partially integrated where it makes sense," says Norton. Collaboration on product requirements for 2024 means "a lot of the big brainy boffins who we don't let out into the sunlight very often" are now working together, he says. Parts of marketing and pre-sales have also been integrated.

Going through the roof

But from a staffing perspective, Openet seems to have grown faster than it would have on its own. Norton says about 170 people, including R&D experts and engineers, have joined his bit of Amdocs since the takeover and that Openet would have "struggled as a standalone company to scale at anything like that level." While its current size was unclear at the time of publication, it had shrunk its workforce from a high of 800 employees to around 530 in March 2019, when Light Reading last caught up with Norton in person at the most recent Mobile World Congress.

Whether revenues are on the rise with headcount is also unclear because Amdocs does not break out Openet results, although Norton insists "the velocity of business has just gone through the roof." Another positive signal came with Amdocs' financial report for the recent second quarter. "We saw continued demand for Openet's 5G charging and policy solutions, which a major Tier 1 operator in the UK recently implemented on AWS public cloud to support its global IT platform," said Shuky Sheffer, the CEO of Amdocs, in his address to analysts.

The cloud, in all its permutations, is a huge subject for Amdocs and Openet, as well as their customers. Sharlin reckons some companies were too willing to embrace the public cloud when technologies were not ready. "Companies that jumped too fast on the cloud without utilizing the option to scale up and down  just onboarding and paying a lot of money  are suffering and to an extent having second thoughts about taking everything to the cloud," he says.

The mission of his company is to ensure products can be deployed in any environment without any customization. "We are there and in production already in a few use cases," he says when asked about Amdocs' state of readiness. "We have nearly 20 new productions heading our way in the coming 12 months or so, and all of them with the mega players of the market."

Business across the whole of Amdocs has been good so far this year. Reporting revenues of more than $1 billion for the second quarter, it boasted like-for-like sales growth of nearly 6%. Pro forma, it now expects a revenue increase of 5% to 8% for the full year. Openet will be a tiny part of that, but one Sharlin is clearly determined to see grow. This time next year, Norton may be lucky to have any hair left at all.