COPENHAGEN – Digital Transformation World – The average age of an employee at 12,000-strong Reliance Jio Platforms, which started out with only 500 people a few years ago, is apparently 27.

The average age of an attendee at this week's Digital Transformation World (DTW) event in Copenhagen is somewhere far north of that number. To paraphrase Legolas the elf in Peter Jackson's Lord of the Rings spectacle (that's the way Tolkien's done, Amazon), some of them have seen too many winters.

"We are facing a retirement cliff in our industry," said Keri Gilder, the CEO of Colt, putting it marginally more tactfully on stage. "The great resignation is upon us."

Telecom's evident failure to replenish its dwindling ranks with younger blood, or at least dispatch it to supposedly important industry events, is on a list of all-too-familiar problems the industry faces. The emergence of Jio Platforms is a newer one.

Much was made at DTW of Jio's sixth birthday party on September 5. Having launched its inaugural 4G service back in 2016, the telco infant then proceeded to crash through the playground of India's telecom sector and smash up everyone else's toys.

Today, it boasts 421 million mobile customers and is the country's number-one operator. What's scary is that Jio is not for stopping. 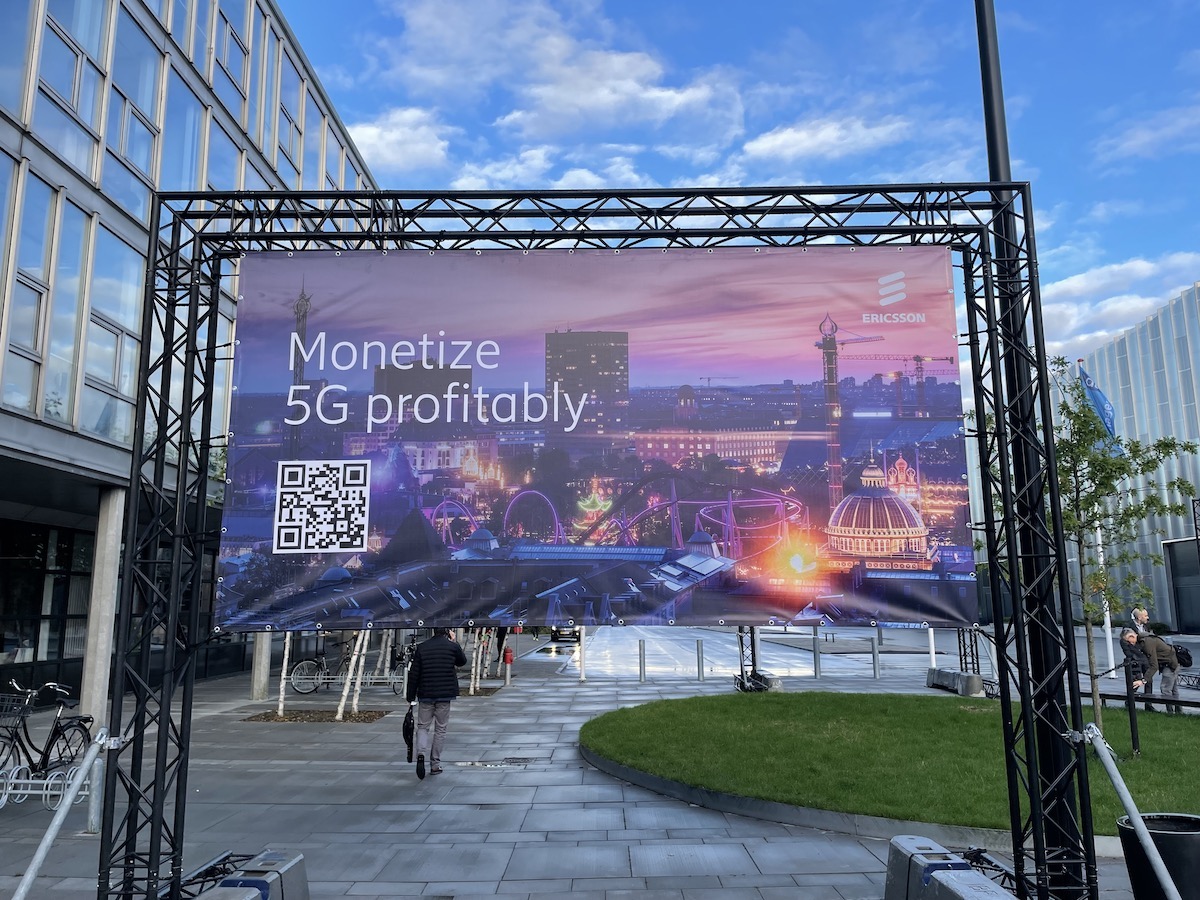 Something telcos are struggling to do.
(Photo by Iain Morris)

Besides ramping up its presence in India's fixed broadband sector, Jio seems to be readying itself for an assault on the telco vendor landscape.

"We're getting out of the infant years and into the childhood years and we have to grow new muscles," said Kirin Thomas, the president and CEO of Jio Platforms, before he and his colleague Anish Shah (the chief operating officer) then dangled a menu of back-office software products in front of slavering telcos and frightened vendors.

That would have been the desired reaction, at least, and Elisabetta Romano, the CEO of TIM subsidiary Sparkle, was biting.

"By the way, for vendors in the audience, Reliance is building products and they have done great," she enthused at the end of her own presentation about seemingly unstoppable revenue decline.

The Jio model looks almost identical to that of Rakuten, the Japanese ecommerce player that launched a mobile service in Japan and then started to sell the in-house software used in its network to operators in other countries (it counts Germany's 1&1 as its flagship customer).

How Rakuten's Symphony unit feels about the Jio move will be interesting to know – partly because Tareq Amin, its CEO, was previously in charge of Jio's network deployment.

Joining the party, Jio was in Copenhagen showing off its "JPL Architecture," a multi-layered stack of back-office and IT management tools.

It includes an engagement layer, featuring an experience platform and design system, and a coordination layer that comes with integration services and Jio's digital API platform.

It's a crowded market Jio seems to be entering, but the company is targeting numerous other industries, not just the telecom sector. And the early analyst reaction has been positive.

"Why not take it abroad?" said Paolo Pescatore of PP Foresight, noting the swift progress Jio has made in India. "Solutions providers should be scared."

Quite. The attendees who have grown old(er) as DTW has moved from Nice, France, to Copenhagen – after a two-year sojourn in the digital symposia of the pandemic – seem to have been talking about the same problems since they were more agile men (the lack of women in the industry was dutifully noted by the TM Forum, the show's organizer).

Existing suppliers, apparently, do not have the answer.

"Digital transformation is the holy grail for telcos," said Pescatore.

"It is where you are going to unlock opportunities and cut costs when margins are being squeezed. They are all going to roll out 5G and fiber, but there is nothing new there. It underlines that there is a distinct lack of innovation in the industry."

Not to mention a distinct lack of financial improvement.

"Hopefully, I am not going to depress you," said Romano, before delivering a downbeat assessment of the industry's last five years.

"From a revenue perspective, OTTs [over-the-tops] plus 500% and telcos in the US flattish and in Europe minus 7%," she said like a weather presenter reporting on stormy conditions.

"On top of this, there is a lot of investment in 5G rollout and fixed broadband and not too much money left for innovation and new blood and a competence shift," added Romano.

However Jio fares, a relatively safe bet is that next year will bring a few more wrinkles, a few more grey hairs and nothing much else that's new.

Update: The original version of this article mistakenly attributed a quote about the retirement cliff to Sparkle's Elisabetta Romano rather than Colt's Keri Gilder. This has now been corrected.