Atlas Digital Group, a startup with roots firmly planted in the cable industry, has begun extending a white-label approach to digital marketing and e-commerce tools to small- and midsized cable operators and telcos that's designed to drive sales and goose ARPU (average revenue per user).

Founded in 2018, St. Louis-based Atlas Digital Group has already established a foothold in the market with a handful of US operators, but is looking to broaden its reach after securing $3 million in seed funding from a group led by Cultivation Capital. The group also includes Cequel III (an investment firm led by Jerry Kent, a co-founder and former CEO of Charter Communications and the former chairman and CEO of Suddenlink Communications), Tom McMillin, Gregg Graff and Vexus Fiber.

Atlas Digital Group's cable roots extend well beyond this seed round. The startup's story goes back to Suddenlink Communications, where Mark Mihalevich, Atlas Digital Group's founder and CEO, previously managed the operator's digital marketing and e-commerce sales channels. That work was later extended to Altice USA, which acquired Suddenlink in 2015 and Cablevision Systems in 2016.

But some ten years ago, the use of digital sales channels was not much more than an "afterthought" for many tier 2/3 cable operators, as most tended to focus on more traditional sales conduits such as working the phones or even going door-to-door, Mihalevich says. 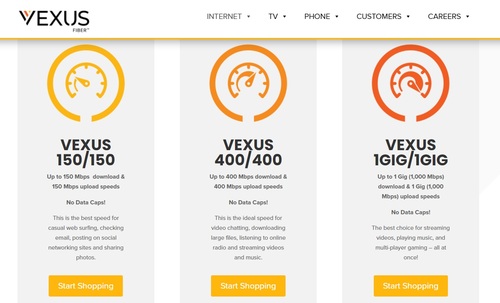 By the time the Altice USA acquisitions entered the picture, e-commerce was well established and "driving a lot of growth" at Suddenlink, and was later rolled over and adapted to support Altice USA's Cablevision properties, Mihalevich said.

From there, the number of "connects" flowing through that new digital channel quadrupled in the first year. "It was a huge success story and it kind of validated, for me, what we were doing there," he added.

Mihalevich then parlayed the basis of that idea and those learnings to the founding of Atlas Digital Group and its flagship product, CORE. The general idea was to morph the general model into a software-as-a-service (SaaS) product that could be deployed at scale for a wide range of service providers.

"There's a real opportunity in this industry to create a scalable platform for digital commerce ...that can be very quickly deployed that's targeted more toward the smaller and mid-sized operators that maybe don't have the resources or don't have the expertise or the time to figure this out themselves," Mihalevich said.

The focus of CORE is to help service providers tap into e-commerce tools to drive market share and boost other business metrics, such as the average revenue per user (ARPU). It attempts to do that in part through simplifying the digital "buy flow"  what the customer actually sees online  by smoothing out the business rules and transaction processes around service availability and the operator's individual offers and promotions.

Beyond that, Atlas Digital Group also provides order management systems and tools used on the backend by sales agents or managers who track the orders flowing in the digital door. That piece is supported by a dashboard powered by the company's analytics and reporting tools, providing visibility into how the application is performing, The tools can also help identify where potential opportunities may lie by showing how products and services are being promoted or packaged.

"It's a managed service; it's a managed product. We work with [the service provider] to make it perform better," Mihalevich said.

"We don't have to do an integration to the backend billing platforms or OSS/BSS to be able to work," he said. "We can do that backend integration with zero-touch automation, but it's not necessary."

Mihalevich estimates that the company's configurable, white-label product is capable of getting a new client up and running in as little as four weeks, compared to six to 12 months if it were started from scratch with a dedicated team.

Atlas Digital Group bootstrapped the launch of the first product in April 2020 and has been refining it and adding new clients since then. The company intends to use its batch of seed funding for development resources and marketing.

Atlas Digital Group is largely focused on the tier 2 service provider market, with some potential to work with smaller tier 3 operators. The company is still debating whether to seek a master agreement with an organizations such as the National Cable Television Cooperative (NCTC), an organization that cuts programming and tech deals on behalf of hundreds of independent cable operators and telcos.

As its marketing and distribution strategy evolves, Atlas Digital Group currently has five active deployments and another project under development. Examples of companies that are on board with CORE include Gateway Fiber, Blue Stream Fiber and seed investor Vexus Fiber.

Atlas Digital Group's competition includes most companies in the OSS/BSS arena focused on telcos and cable operators, along with service providers that develop their e-commerce and digital marketing tools and systems in-house.