CSG's history is deeply rooted in cable billing, but the company has been diversifying and expanding to other markets and verticals, including OTT video as well as mobile and wireless, in recent years.

Thanks to mobile service expansions with existing, major cable customers such as Comcast and Charter Communications that offer services through MVNO deals, along with wins with companies such as Verizon and MTN, CSG views itself as the top challenger in the sector when it comes to billing and revenue management. 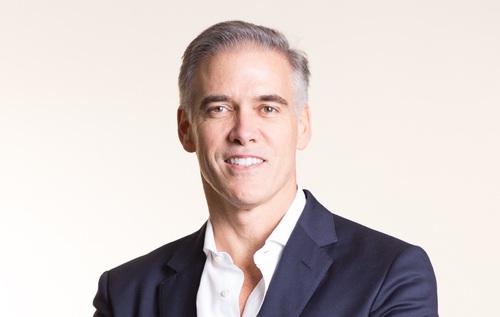 Expanding that part of the business is one of the primary, near-term goals of Brian Shepherd, CSG's newly named CEO.

"You'll see us announce a lot of major wins with leading wireless players all around the world," said Shepherd. "We're the number one challenger brand in wireless in revenue management and [will] back that up with results and wins."

Shepherd, who joined the Colorado-based company in 2016 and most recently served as CSG's EVP and group president, took the reins as CEO on January 1, succeeding Bret Greiss. Shepherd, an exec late of TeleTech, Amdocs, DST Innovis and McKinsey & Company, is also a member of the CSG board.

In wireless, CSG largely competes around core billing and revenue monetization and deals with roaming digital wholesale partners in both the consumer and enterprise segments. Shepherd estimates that CSG serves almost 350 million wireless subscribers with its billing platforms and serves more than 2 billion customers through its roaming, interconnect and digital wholesale arrangements.

"We have an opportunity to do more in that space and be able to differentiate," Shepherd said, citing examples such as mediation tools that use real-time network data to improve fraud detection, digital monetization capabilities that can help carriers better monetize their 5G investments, and more automation.

Mobile service providers "want less of a service, people-based technology platform and they want more of a reusable product platform," he said. "That really differentiates our business model from  competition that focuses more on the people services side that tends to slow agility that makes it more expensive to maintain and upgrade."

Shepherd believes that CSG's expanding customer roster and success in the wireless sphere will help earn it more business in that market, effectively replaying a strategy CSG used to break into the OTT video market with partners such as Formula One along with ongoing integration work with the likes of Comcast and Charter.

Shepherd acknowledges that CSG has historically been seen as a cable biller. "We've had to spend time earning the right to do more and more with their business in some of the wireless segments," he said.

Shepherd said he will also seek out ways for CSG to further diversify beyond cable, wireless and media/OTT. Part of that activity will center on customer engagement and cloud payment products that serve markets such as government, financial services, healthcare and retail.

CSG will also look for ways to complement organic growth with strategic M&A opportunities that can help turn CSG into more of a one stop shop for revenue management and monetization along with digital-enablement and customer self-care capabilities.

"When we talk about becoming a bigger and better version of ourselves that does mean growing through acquisition," he said. "It doesn't mean buying companies just to buy growth; it means adding strategic capabilities."

That said, CSG also has a goal of maintaining and broadening its cable operator base, which included a five-year expansion inked last year with Comcast that continues to span the operator's residential broadband, video, home and voice customers.

CSG's recent handiwork with cable operators has included the integration of Netflix and other streaming services onto MSO service platforms, helping to underpin cable strategies to evolve into so-called "super aggregators."

OTT is not a zero-sum for cable operators, which sought out a universal search capability that could enable (and help monetize) multiple streaming services, Shepherd explained.

To support efforts that enable cable operators to directly sign on new OTT subscriptions through their own billing and service systems, CSG changed its core software-as-a-service billing platforms.

"There's no question that video is tougher to make money in today than it was a decade ago for many of these companies and you're seeing broadband become one of the main offers," Shepherd said. "What it means is you've got to do more experimentation and [explore] new ways of monetizing."