Technical support and other customer care areas, typically a cost center for most broadband service providers, can evolve to become a profit center for ISPs as Internet of Things devices keep multiplying and smart homes become increasingly complex.

At least that's one key aim of Sweepr, a Dublin, Ireland-based startup that is using AI and machine learning techniques to help power a "contextually adaptive" tech support platform for ISPs that automatically relays problem-solving information based on the customer's level of technology competency. A non tech-savvy consumer, for example, would receive a simpler set of instructions and suggested fixes than would a more tech-savvy one.

And by tying this platform into smart home hubs powered by systems such as Amazon's Alexa and Google Assistant, the user can start the problem-fixing process by simply stating the basic nature of the issue. For example, the consumer could just say, "Alexa, my Netflix is blurry," to kick off that process. 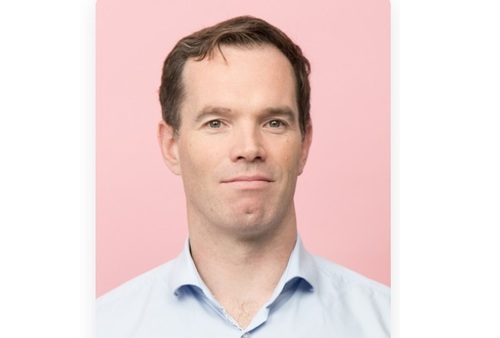 Before starting up Sweepr, Coleman founded Brite:Bill (now part of Amdocs) and was an exec at Accenture, Macalla Software and Morgan Stanley.

The need to deflect calls from customer care systems and insert a system that can use AI to pinpoint technical issues and quickly automate and present fixes is on the rise for ISPs, particularly as consumers continue to purchase and install connected cameras, locks, lights and other smart home devices, explained Alan Coleman, Sweepr's CEO.

Smart home customer care support is "under pressure" and is in jeopardy of becoming unsustainable for both ISPs and the multitude of companies that make smart home products, he said. Providing technical support to non-technical users for the increasingly complicated smart home environment has thus become Sweepr's main focus.

Sweepr attempts to do that by isolating two areas that a good, traditional customer care agent attempts to do -- use diagnostics to determine what's happening in the home and then use that data to articulate advice, guidance or instructional information on how to resolve the problem based on the customer's level of technology competency. Sweepr claims its AI system can perceive that latter piece -- how tech-savvy the customer is -- based on how that person poses questions and responds to Sweepr's AI-based customer care system.

The general aim is to provide the customer with remedial actions to fix a problem. Or, as a last resort, customers can be connected to a live customer care rep who, in turn, enters the fray armed with as much contextual information about the problem.

"We want to solve the problem or get it off the hands of the customer as quick as possible," said Coleman, who previously founded Brite:Bill, a billing communications and customer experience company acquired by Amdocs in 2016.

Voice-first approach
Sweepr has developed a web-based version of its platform. But it's more heavily focused on supporting voice-based technologies to take advantage of the ongoing proliferation of smart speakers and smart home hubs, such as Google's Nest Hub and Amazon's various Alexa-powered products.

"We're a voice-first platform," Coleman said. "We believe that voice will become the predominant channel people will use to ask for help. Voice makes asking for help very easy and very timely."

Sweepr's first phase of business is to develop and customize this capability for ISPs and to "shift the point of triage" from the call center to within the customer's home, Coleman said. The company won't identify those ISPs yet, but Coleman said Sweepr is working with ISPs that represent about 100 million homes in North America and Europe as the company heads toward 2020.

The next phase of Sweepr's plan is to help those ISPs productize this new AI-driven, automated customer care layer and offer it as a service to smart home device makers, including companies that make large, connected appliances such as refrigerators.

Coleman believes that smart home device makers will be eager to offload some of that support in part because ISPs have much more insight and diagnostic information about what's happening on the customer's home network. Additionally, providing level 1 and level 2 customer care for their connected goods are becoming unsustainable as those businesses start to truly scale. ISPs, meanwhile, will be in position to parlay their investment in this new customer care capability into a new revenue stream, Coleman said.

To help it expand on its first-phase plan and continue work on its second act, Sweepr recently raised a $9 million in a series A round led by Draper Esprit. That followed a $2.78 million seed round last year led by Frontline.vc.

Sweepr, a company founded in 2017 that showed off its wares at last week's Broadband World Forum in Amsterdam, is also looking to staff up. Coleman expects to see the company's employee base grow from about 25 today to about 100 by the end of 2021.

Jeff Baumgartner 10/21/2019 | 5:08:00 PM
Re: A Bright spot ? Thanks for bringing that study to out attention. Very interesting on that non-correlation between how tech savvy a person is and how that impacts IoT device infections. It just seems to be an area that is so new that many people perhaps don't understand the potential risks.

But at the same time I could see why there would be interest from receiving and following ISP-directed advice when something does go amiss...I have an August smart lock at home and when it went out of commission I would've welcomed some help before I tried to figure out if it was an issue with the device (like a dead battery) or with the connectivity.

One thing I forgot to mention are a couple of other efforts going on in this area -- but maybe not directly in line with Sweepr's specific angle into it. Comcast introduced an AI-assisted digital home security service with a focus on IoT devices in January that costs about $10 per month; Cablelabs, meanwhile, is developing a "micronets" security framework that attemps to wall off malignent IoT devices and prevent them from interacting with the rest of the consumer's home network. JB

HardenStance 10/21/2019 | 3:43:56 PM
A Bright spot ? There's been some surprisingly positive research in this area of late, coming out of the University of Delft, in conjunction with KPN and the Dutch government.

The research found a remarkably high level of readiness on the part of Dutch consumers to respond to their ISP's notifications alerting them to IoT device infections in their homes. It also found that their propensity to go on and follow their ISP's guidance to successfully effect a remediation was surprisingly high.

The findings are somewhat surprising. Perhaps they're an 'outlier'. Maybe the Dutch are an unusually patient, committed, tech-savvy, bunch. But these findings do at least seem to dovetail with Sweepr's upbeat assumptions about the willingess of so-called 'smart home' users to engage in IoT trouble-shooting, as relayed in this article.

The highlights of the research, together with embedded links to the original live streamed University of Delft presentation and paper, can be found in a free short report on the HardenStance website.