Ting Internet is building fiber-to-the-premises (FTTP) networks in a dozen towns. Its new chief strategy officer and executive VP, Jill Szuchmacher, intends to kick those deployments into a higher gear.

"The key focus is really increasing build velocity," says Szuchmacher, who joined Ting Internet this week after most recently serving as VP of operations at Google Fiber, where she led strategy, planning, training and analytics for build and field operations. 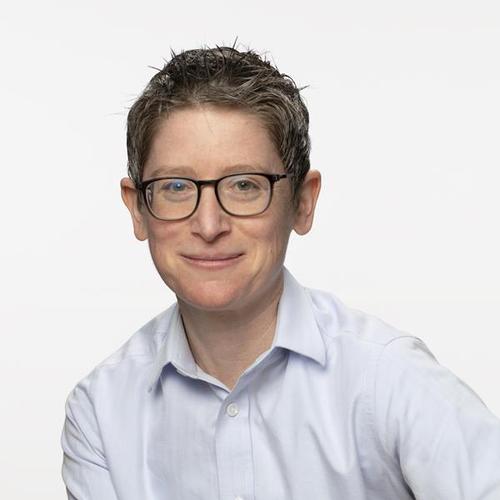 "That opportunity is really there. What we need to do is increase build velocity and really focus on the trajectory of growth and make sure that the foundation is in place from a people perspective, a platform perspective, a profit perspective  all of those operational pieces to really increase that velocity," says Szuchmacher, who is based in New York. "It's really about making sure the fundamentals are in place for the build machine, because that's what's going to be required to really meet this amazing opportunity."

Szuchmacher says she and Tucows President and CEO Elliott Noss have been acquainted for several years, going back to Ting Internet's early work in Charlottesville, Virginia, and its partnership with the city of Westminster, Maryland.

"At the time at Google Fiber, we were exploring some different ways to partner with cities and utilities like we ended up doing in Huntsville. So Elliot and I just connected and kept in touch," she says. "I've watched the progress of Ting and seen their continued commitment to the opportunity and the approach, which is to really use a lot of different tools in the toolkit, whatever makes the most sense for the city or the community that they're working with."

Ting Internet, a unit of Toronto, Canada-based Tucows, has networks launched or in development in parts of a dozen areas using a mix of models that include partnerships with cities, third-party builders and even through M&A. The current list of "Ting Towns" includes Centennial, Colorado; Charlottesville, Virginia; Culver City, Fullerton and Solana Beach, California; Fuquay-Varina, Holly Springs and Wake Forest, North Carolina; Greater Sandpoint, Idaho; and Westminster, Maryland.

Ting Internet has been leading off with a symmetrical 1-Gig service starting at $89 per month, plus a Ting Internet Box that can be bought for $200 or rented for $9 per month. Installations vary, but the company says it typically runs less than $200. Ting recently added a pay-TV option  promoting and recommending YouTube TV and Dish Network's Sling TV. (Dish recently acquired about 154,000 mobile subscribers from Tucows' MVNO service along with a deal that will have Dish shift its MVNO operation onto Tucows' mobile platform.)

Though there are a dozen Ting Towns lit up or on tap, Ting Internet's overall footprint and sub base is still relatively small.

Ting Internet's desire to accelerate and scale up the business was a focus of the company's Q3 2020 call last month.

"We expect the next five years to be the most important years in the coax-to-fiber transition for a challenger like Ting," Noss said, noting that the company invested about $100 million on that transition prior to the pandemic. "We are very focused on structuring the Ting Internet business for scale and speed of deployment, which means investing in people, in innovative tools for installing, provisioning and supporting customers, and rolling out new processes like microtrenching."

Ting Internet's build in Culver City, slated to start in early 2021 and poised to add 23,000 serviceable addresses, is the company's first market that will widely employ microtrenching, a deployment method designed to be faster and less disruptive than traditional FTTP builds. It's been popular in Europe and an approach that Google Fiber has used in targeted instances.

Szuchmacher said Ting Internet will employ a range of approaches and methodologies toward the creation of a "build machine" that can fit its network deployment objectives.

"Internet is a very local business. Ting has taken and will continue to take the right approach that makes sense for a given community," she says. "It's really about what fits and what makes the most sense, with the focus of making sure to always keep that customer at the center."