Starlink's satellite broadband service, still in beta form, has surpassed 10,000 users in the US and abroad, SpaceX revealed in a February 3 filing with the FCC.

"Consumer demand for this service is not speculative," SpaceX declared, noting that "hundreds of thousands" of people across the US have already registered interest at Starlink.com "without any formal advertising." SpaceX also claimed that Starlink has secured service agreements with groups and parties that include underserved indigenous communities, first responders and schools. 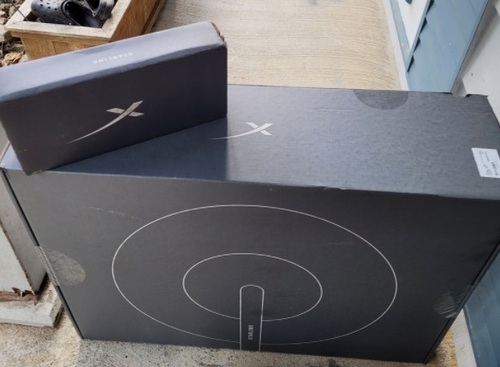 The disclosure of a ballpark user figure for Starlink was tucked into a petition seeking designation of Starlink as an Eligible Telecommunications Carrier (ETC) as SpaceX looks to make good on the $885 million secured, following the results of phase I of the Regional Digital Opportunity Fund (RDOF) auction.

SpaceX is on the hook to use that money to supplement the delivery of satellite broadband services via Starlink's low-Earth orbit (LEO) platform to reach 642,925 locations in 35 states. However, ETC designation is needed in all census blocks served by Starlink tied to RDOF in Alabama, Connecticut, New Hampshire, New York, Tennessee, Virginia and West Virginia. Starlink is asking the FCC to grant the petition by June 7, 2021, so it can meet the Commission's deadline for ETC designation to receive RDOF support.

"Starlink's performance is not theoretical," SpaceX claimed, noting that its public beta has demonstrated the service surpasses the FCC's "Above Baseline" and "Low Latency" performance tiers by meeting and exceeding speeds of 100 Mbit/s down and 20 Mbit/s up to individual users, and 95% of network round-trip latency measurements at or below 31 milliseconds.

SpaceX noted in the filing that it has successfully tested standalone voice service over the Starlink network.

Starlink said it is exploring how to provide "voice-grade" access to the Public Switched Telephone Network per the requirements and goals of RDOF using interconnected VoIP. In addition to providing "toll limitation services" to qualifying low-income customers, Starlink said it will offer voice service on a standalone basis at rates "reasonably comparable to urban rates." Starlink's baseline plan is to use a white-label managed service provider (MSP) for a standalone voice service offering, but the company said it could develop its own proprietary solution.

Per the ETC requirements, Starlink said it will also provide emergency services, including 911 and enhanced 911.

The filing also provided an update on Starlink's deployment status and expectations moving forward. Starlink currently has more than 1,000 LEO satellites in orbit, and SpaceX is now able to launch 60 Starlink satellites at a time, with launches occurring roughly every two weeks.

SpaceX has some doubters, including among its competitors, about whether Starlink can fulfill its RDOF obligations.

There are concerns that RDOF funds were "won by technologies that are unproven and may not be able to meet the obligations," Mark Dankberg, executive chairman and co-founder of Viasat, said Thursday on the company's fiscal Q3 2021 earnings call when asked about Starlink and the auction. If those obligations aren't fulfilled, it will create a bigger market opportunity for Viasat, he said.

Starlink kicked off its beta program last fall, offering service for $99 per month, plus an upfront cost of $499 for the satellite dish and home router. Recent speed tests showed Starlink averages 79 Mbit/s downstream and 13.8 Mbit/s upstream.

Viasat has also petitioned the FCC to conduct an environmental review of SpaceX's plan for Starlink because of concerns that the deployment of thousands of LEO satellites could be hazardous to the Earth's atmosphere and increase the risk of space debris-causing collisions.

In the February 3 FCC filing, SpaceX held that its system for Starlink is designed to provide gobs of capacity safely.

"SpaceX has designed its system so that normal operations should not generate any debris, but in the unlikely event that any does result, atmospheric drag will ensure that such debris will quickly disintegrate in the atmosphere and pose no further danger to space operations or life on the ground," SpaceX said.

SpaceX's plan to lower the orbit of a portion of Starlink's satellites has also gotten static from Amazon, which is pursuing its own LEO satellite broadband offering under the "Project Kuiper" initiative. Amazon argued that the SpaceX's modified plan raises the possibility of satellite collisions and harmful radio interference.