DOCSIS is doomed  in the UK, at least. Virgin Media O2 still relies heavily on the cable technology across its footprint of about 15.5 million homes. Only 1.2 million of those are offered a full-fiber service, and cable has not looked inferior elsewhere. Using the DOCSIS 3.1 standard, Virgin aims to provide gigabit-speed connections everywhere by the end of the year, even upgrading to 2 Gbit/s in future. But seven years from now, DOCSIS and cable will have joined the growing scrapheap of old comms technologies.

Under an ambitious scheme announced today, Virgin plans to upgrade its entire network to full-fiber technology by 2028 at an estimated cost of about £100 (US$140) per home passed. That is about £40 ($56) more than it would have to spend on an upgrade to DOCSIS 4.0, the latest the cable industry has to offer. But Lutz Schüler, Virgin's boss, appears to have decided that DOCSIS 4.0 is not worth the effort or expense.

Over a seven-year period, an investment of £1.43 billion ($2 billion)  £100 multiplied by 14.3 million homes  works out to be just £200 million ($279 million) annually, roughly a fifth of what Virgin normally pumps into capital expenditure each year. The full cost is likely to be significantly higher, though. Virgin admits that it has not specified the additional installation costs, performed as and when customers demand a service, in its public statement. 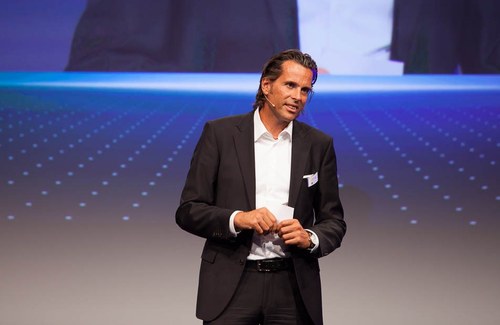 Virgin Media O2 CEO Lutz Schüler is not a fan of DOCSIS 4.0.

Even so, the spending estimate is remarkably small. BT, the national telecom incumbent, previously reckoned the extension of full-fiber networks to about 20 million UK premises would cost it roughly £12 billion ($16.8 billion) in total. Its own figure for the basic cost per home passed is between £300 ($419) and £400 ($559).

Virgin appears to think it can get away with just £100 because of its existing network of ducts  the "tubes through which fiber can be laid," as it says. Yet BT has an even more extensive network and far more experience of laying full-fiber lines than Virgin has been able to gain with its deployment to just 1.2 million homes. In its results update today, the incumbent said its own full-fiber network now reaches 5 million homes.

Quizzed by email on the disparity, a Virgin spokesperson said it had a "younger, fully ducted network," noting BT's reliance on poles for some lines. BT, he added, "has a larger number of distribution points (which fiber needs to be built to)."

Evidently, some Virgin customers will have to wait a long time for a full-fiber service, but Schüler appears confident that a mixture of DOCSIS and fiber will suffice over this period. He is probably right. A 2Gbit/s connection would be a dramatic improvement on average UK download speeds of 70 Mbit/s today, and it seems likely to satisfy any conceivable demands in the next few years.

The investment plan is more about a long-term "future proofing" of the Virgin network. Once the infrastructure is in place, full-fiber networks can be upgraded to support much faster connections without breaking the bank. XGS-PON, the latest the industry has to offer, promises 10 Gbit/s on both the downlink and uplink (although this bandwidth would have to be shared with other homes). Nokia, the world's biggest non-Chinese vendor of broadband equipment, says its hardware can be software upgraded to support 25Gbit/s connections in future.

This upgrade path appears to be where DOCSIS falls short, as far as Virgin is concerned. The full-fiber plan, it says in its statement, "eliminates the need to invest in future versions of DOCSIS as the demand for faster speeds and capacity continue to rise." In other words, spend £40 more per home passed this decade and there will be savings in future.

It seems like bad news for developers of DOCSIS technology and comes after Altice, another big cable operator, announced similar full-fiber plans in the US. "The cost savings are so significant ... the [network] performance is dramatically different," Dexter Goei, the CEO of Altice USA, said last year when defending the decision to push ahead with a full-fiber rollout in New York, New Jersey and Connecticut.

In the UK, Virgin will be one of numerous BT rivals investing in full-fiber technology, raising concerns among some economists about "overbuild" and inefficiencies. Some market watchers foresee a coming wave of fiber consolidation, as smaller companies merge or become targets for bigger players.

Investors seem attracted by the full-fiber opportunity, but for BT and Virgin the decision to invest in higher-speed technology seems mainly defensive. Amid a pandemic that has forced people to rely heavily on Internet services, there are few Brits who do not already have a broadband line. And while they enjoy nothing more these days than guzzling gigabytes, the take-up of faster services has not brought much sales growth for providers.