Reports suggest they were horrified by plans to let Telecom Italia take control of Open Fiber, a government-owned business, and create a single broadband network serving the whole country. Apparently fearing he would be denied coronavirus recovery funds if he allowed that to happen, Mario Draghi, Italy's latest prime minister, is said to have given it a Caesarean thumbs-down.

Telecom Italia's share price, accordingly, plunged 9.2% at one point today and closed down 5.5% in Milan. The operator had not responded to a request for comment at the time of publication, but Draghi's intervention may be nothing short of a disaster for Luigi Gubitosi, Telecom Italia's CEO, who has built much of his strategy on the foundations of a merger with Open Fiber. 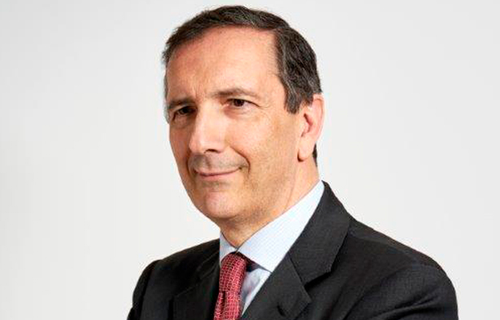 He had already set up an entity called FiberCop  holding all Telecom Italia's dumb physical infrastructure (ducts, sockets and so on)  and sold 37.5% of this business to KKR, an investment fund. Another 4.5% had been given to Fastweb, a rival operator, after FiberCop took full control of Flash Fiber, a company focused on full-fiber rollout. Telecom Italia previously owned 80% of Flash Fiber, with Fastweb holding the remainder.

Confused yet? So, probably, was Gubitosi, who must have had some positive signals from Giuseppe Conte, Italy's prime minister until February, when he was replaced by Draghi. Nor would markets have behaved as they have today if shareholders had not considered a merger with Open RAN to be likely, if not quite a fait accompli.

This may be a huge embarrassment to Gubitosi, who could have to explain to investors in Telecom Italia and FiberCop why his strategy still makes sense. While FiberCop is certainly not dead, it would face higher buildout costs without Open Fiber to create a nationwide full-fiber network. And it would have to share the market with a rival.

Scheduled for May 19, Telecom Italia's next earnings call with analysts could feature some lively discussion. This operator is one that can hardly afford more disappointment. Its sales fell more than 12% last year, to 15.8 billion ($19 billion), and its underlying profits sank 17.3%, to 6.7 billion ($8.1 billion). Mobile customers have veered toward lower-cost plans sold by Iliad, an upstart backed by French billionaire Xavier Niel. Telecom Italia's fixed-line business has fared badly, too.

Gubitosi's merger plans obviously did not consider the probability of political interference at the European level. A merger between FiberCop and Open Fiber would have created the only big wholesale network available to broadband service providers. Open Fiber is not transparent about its footprint, but it was reported by the Financial Times to have reached 8.5 million of Italy's 26 million homes in September last year. Similarly tight-lipped, Telecom Italia reaches about 7.5 million properties with fiber, according to the Gigabit Monitor service provided by Viavi, a test and measurement specialist (although it is unclear if this means full fiber).

But even if Telecom Italia and Open Fiber were allowed to merge, the situation in Italy would not be much different from that in other countries where former monopolists still own most of the infrastructure needed to deploy fiber networks. BT's Openreach division in the UK is a case in point. There, regulators have been trying to ensure that other fiber builders can access BT's ducts and poles.

At the very least, Europe's authorities need to be sensible and realize that digging new ducts and erecting new poles is probably not a desirable or efficient way to spur competition. It would also be at odds with developments in the mobile sector, where service providers are increasingly open to sharing the towers on which they hang their equipment. That trend explains why towercos, including companies that Telecom Italia and other service providers have carved out, are currently the industry's hottest property.

Carving itself up and selling bits to other companies has become Telecom Italia's favorite activity as it confronts a toxic mixture of debt and dwindling revenues. What's left after discounting its Brazilian operation as well as FiberCop and the Inwit towerco was described as "Rumpco" by Jefferies, a bank, in a research note this week. It is probably not the name Gubitosi would have picked.

Like what we have to say? Click here to sign up to our daily newsletter
COMMENTS
Newest First | Oldest First | Threaded View
Add Comment
Be the first to post a comment regarding this story.
EDUCATIONAL RESOURCES
sponsor supplied content
Small cell densification for 5G
Which Path to Convergence Is Right for You?
Helping FTTx Networks Like Yours
Educational Resources Archive
More Blogs from Morris Lore
Public cloud holds perils, and don't expect an 'open' RAN with it