Government budget updates rarely bring such a boost for BT. The UK telecom incumbent's share price closed up 7% on Wednesday after Rishi Sunak, the country's finance minister, outlined his plan to save the lockdown-blighted economy. A tax "super-deduction" is promised for infrastructure investors. It could be worth about £500 million ($699 million) to BT, according to Jefferies, a bank.

That is roughly the same as BT's estimate of how much it must spend to replace Huawei, a Chinese equipment vendor banned from 5G by Sunak's government. Even so, it makes the sale of a stake in BT's Openreach networks business more likely, say analysts at Jefferies.

The possibility of selling a minority stake in Openreach was mooted by BT Group CEO Philip Jansen at a Morgan Stanley conference in November. "Would I be open-minded about looking at a minority interest on it, moving that on to someone else? Potentially. But I can't see us doing that until well after we've agreed the regulatory framework, until March, April next year," he reportedly said after grumbling that BT is "undervalued." 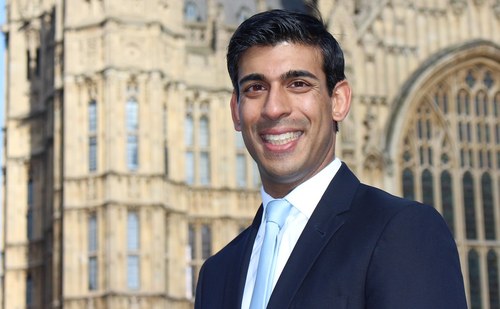 The framework he talked about would essentially determine the returns that BT is allowed to make on a £12 billion ($16.8 billion) investment in full-fiber networks. Since then, the signals have been positive. In December, Melanie Dawes, the CEO of UK telecom regulator Ofcom, promised not to impose any pricing controls on full-fiber networks for at least 11 years.

"We recognize there must be a compelling investment case," Dawes told the annual FTTH Council Europe conference. "At a minimum, an investment in fiber networks should offer three things: clear demand, scalable growth, and a healthy and fair return."

Sunak's budget announcement comes with "material uncertainties" for BT, says Jefferies. Among them is exactly what plant and machinery assets would qualify for the super tax deduction. Moreover, Sunak is raising the corporate tax rate to 25% in the 2023/24 fiscal year to address national debt, which has soared during months of lockdown. Jefferies, however, believes this increase was already "priced in" to BT's share price in the previous week.

Its rationale appears to be that investors would be more attracted to Openreach following Dawes' pledge and Sunak's short-term generosity. Tax deductions could be "very helpful" in the next two years, it says in its research note, as BT's free cash flow is squeezed by capital expenditures. It estimates BT will have to spend about £4.45 billion ($6.2 billion) in the 2022 fiscal year, and £4.58 billion ($6.4 billion) in 2023. Eleven months into its current fiscal year (2021), BT spent only £3.96 billion ($5.53 billion) in the previous one (2020).

The sale of Openreach shares is one of BT's few remaining options to improve its financial position. It has already sold parts of its creaky global empire, including assets in France and Latin America last year. On top of that, dividends have been cut while BT hacks into operating expenses. Jansen's goal is to realize gross annual savings of about £1 billion ($1.4 billion) by March 2023 and £2 billion ($2.8 billion) by March 2025. Operating costs ran to £19.6 billion ($27.4 billion) in BT's most recent fiscal year.

Jobs have been scrapped as BT dispenses with middle managers, shuts down old technologies and automates what it can. The difficulty is that it needs additional engineers and technicians to roll out its full-fiber and 5G networks. BT did manage to slash its headcount by around 3,600 jobs in the six months to September 2020, when it had precisely 101,752 full-time employees. But some departments now seem to be on a hiring spree. In December, reports surfaced that BT was looking for another 5,000 engineers to build new infrastructure.

No wonder Jansen is miffed about the share price. "We feel  I feel  that really BT is undervalued for the kind of business that we are and the assets we have," he told the Morgan Stanley conference in November. This week's improvement notwithstanding, BT's share price has fallen from nearly £5 in late 2015 to less than £1.35 in early 2021, valuing the operator at about £13.2 billion ($18.5 billion) on the London Stock Exchange.

The hope has to be that infrastructure attracts a higher valuation multiple than the rest of the business. Encouragingly, there is precedent. When Spain's Telefónica recently sold mobile towers in Europe and Latin America to American Tower Corporation, the 7.7 billion ($9.3 billion) transaction fee valued them at about 30.5 times their annual operating income. Applying the same multiple to Openreach would make it worth about £35 billion ($48.9 billion).

That is probably unrealistic given the different nature of Openreach and its various regulatory and investment challenges. A better point of comparison could be FiberCop, the fixed-line network that Telecom Italia is divesting. The planned 1.8 billion ($2.2 billion) sale of a 37.5% stake in that business to KKR, an investment fund, would value it at roughly 8.6 times basic earnings. On that basis, Openreach would be worth £24.6 billion ($34.4 billion), or £11.4 billion ($15.9 billion) more than the whole of BT. Jansen could hardly grumble.