Ted Schremp's background may be in cable, but the industry vet has definitely found truth in fiber.

Schremp, a former top marketing exec at Charter Communications who also helped the cable op scale up its phone business, is now at the helm of IQ Fiber, a startup that is planning to bring broadband services over fiber-to-the-premises (FTTP) networks to an initial 60,000 homes in Jacksonville, Florida. There, IQ Fiber will tangle with telco and cable incumbents AT&T and Comcast. 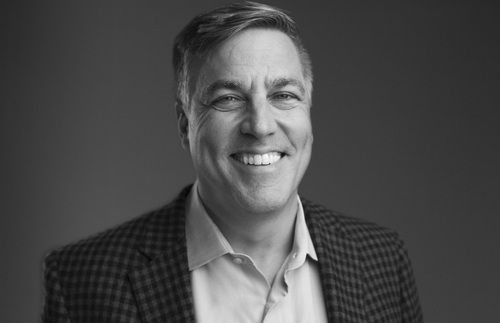 Schremp, a former chief marketing officer at both TiVo and Web.com, believes the Jacksonville market is ripe for a new fiber player, but acknowledges that the idea behind IQ Fiber originated from a more personal desire.

"I sort of joke with people that the whole creation of IQ Fiber was in many ways all about me wanting fiber-based broadband at my own house," he says. "And that's sort of true. I want to be my own customer and live on the plant, as they say."

But the broader, business reason, he says, is because the growing Jacksonville market lacks – and needs – more fiber-fueled broadband competition, and IQ Fiber intends to strike at that opportunity.

"The reality is there is no fiber attacker here. There's no fiber overbuilder," Schremp explains, noting that AT&T offers legacy DSL and fiber in some areas, and Comcast delivers services largely via hybrid fiber/coax (HFC). "I view it as an underserved market. When you pull all of that together, it looked like an opportunity. It just happened to be right here in my own backyard  We're planting our flag here in Jacksonville as the hometown fiber-to-the-home company, very committed to hiring, staffing and executing locally."

IQ Fiber is technically a startup, but Schremp believes his experience in infrastructure  with cable and fiber networks  will serve the company well as it tackles its phase I buildout. Following six years at Charter, Schremp took the helm of Indonesia's top cable operator, First Media LinkNet, where he helped oversee the deployment of broadband to about 500,000 homes a top cable operator in Indonesia that also runs fiber networks.

"Many of those key themes are very much the same here to go get after essentially a classic residential fiber-to-the-home strategy," he said.

Phase I funding in hand

IQ Fiber has the funding in place for its phase I build in Jacksonville after announcing this week that SDC Capital Partners has acquired a majority interest in IQ Fiber. SDC Capital's other investments include Tilson, a company that designs, builds and manages fiber and wireless network deployments; Fatbeam, a provider of fiber infrastructure services for enterprise, education, healthcare and government customers in the Western US; and Allo, an FTTP player that serves several communities in Nebraska and Colorado.

IQ Fiber is currently in the design and engineering process, and expects to "put plow to ground" in the first quarter of 2022 and start to light up and serve homes by Q2 2022, Schremp said.

Ahead of that, IQ Fiber has already posted initial pricing and speed options  250 Mbit/s symmetrical for $65 per month, 500 Mbit/s for $75 per month, and 1 Gbit/s for $85 per month. Support for whole-home Wi-Fi will be included in the price. IQ Fiber won't offer its own pay-TV service, but will direct customers to the various streaming options on the market, and might pursue marketing partnerships with some of them.

Schremp said IQ Fiber might reevaluate its pricing and packaging closer to launch, "but we thought it was important to put the value prop out there." And because it's deploying XGS-PON, IQ Fiber will have a path to 10-Gig speeds, he added.

While the phase I build is the priority, IQ Fiber has ambitions to expand beyond the company's initial plans to serve 60,000 homes. Some areas of interest include the nearby counties of St. Johns, Nassau and Clay, potentially expanding IQ Fiber's scope of opportunity to roughly 300,000 homes, Schremp says.