With an influx of fresh inventory coming online toward the end of 2021, AT&T expects its fiber subscriber growth rate to accelerate in 2022.

"You will see us start to sell more end users each quarter as we move forward," AT&T CEO John Stankey predicted Wednesday on the company's Q4 2021 earnings call. "You're going to see our subscriber count start to ramp as that [fiber] footprint gets larger." 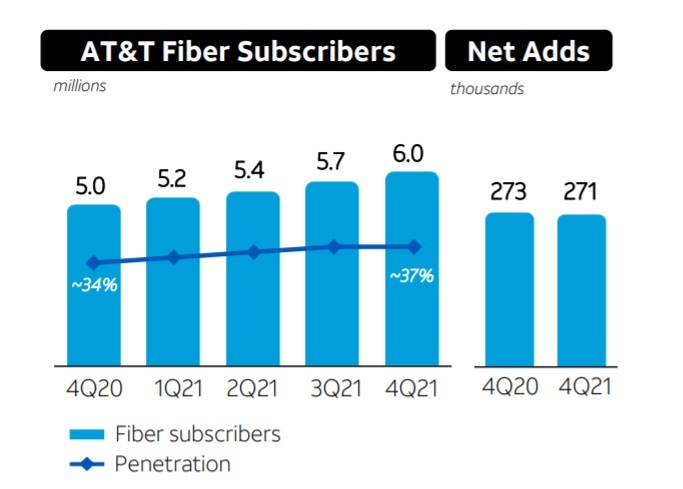 AT&T added 2.6 million fiber-to-the-premises (FTTP) locations for 2021, below an original projection of about 3 million that was trimmed back because of supply chain constraints on elements such as fiber assemblies.

Stankey said his preference is to get away from a discussion about FTTP locations passed over any 90-day period as the focus instead turns to fiber subscriber growth. But he still feels comfortable that AT&T will achieve a plan to pass 30 million locations with fiber by the end of 2025.

Stankey is hopeful that AT&T can reduce the time it takes to get from fiber network engineering and buildouts to sales. That process typically takes about a year, but AT&T intends to tighten that window to nine months, if the supply chain situation improves.

AT&T will be pushing ahead with a revised and simplified pricing plan for fiber-based products. Earlier this week, the company launched two multi-gigabit tiers  2-Gig and 5-Gig  in more than 70 US markets.

Business wireline was a sore spot, as revenues dipped 5.6%, to $5.9 billion. Stankey said the numbers tie into AT&T's strategy to back away from business service sales and products considered "low margin" and less strategic to that segment of the business.

"We've been kinda culling that out of the business profile," he said. AT&T, Stankey added, will instead put an intense focus on services delivered on "owned and operated" wireless and fixed infrastructure.

Some of that growth came from the HBO unit, which now serves a base of 73.8 million HBO Max and HBO subs after adding 4.32 million in the quarter. 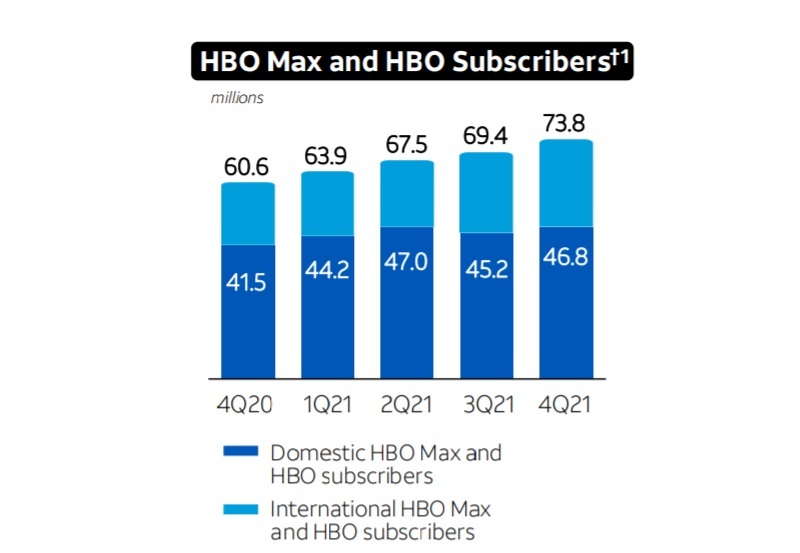 Domestic HBO Max and HBO added 1.61 million in Q4, and the international piece of the premium unit added 2.73 million thanks to HBO Max's solid entry into parts of Latin America and Europe.

WarnerMedia tacked on 340,000 wholesale HBO Max customers (those signed on through pay-TV operators and other distribution partners) and 1.27 million retail HBO Max subs (those obtained through the streaming service's direct-to-consumer offer). 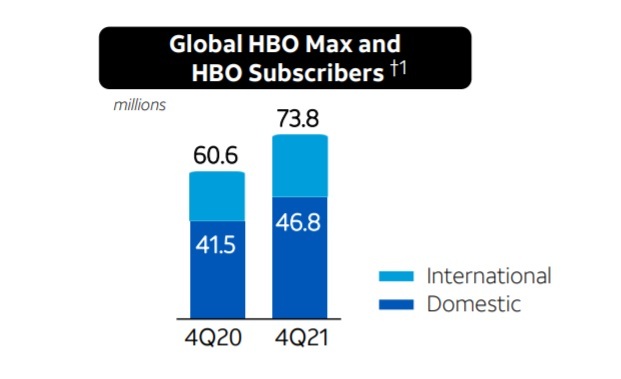 Stankey said final preparations are being made for the WarnerMedia-Discovery deal, and hinted that more details about the structure of the combined company should be shared soon, possibly on or before AT&T's investor day in March.