Lumen Technologies reported fourth-quarter results and 2022 expectations that generally fell below the forecasts of some financial analysts. Likely as a result, Lumen's shares dipped after the company's quarterly earnings report this week.

"Lumen's 2022 guidance will fuel concerns that the company will have no choice but to eventually let leverage rise to inappropriate levels, dial back on investment, cut the dividend, or choose some combination thereof," wrote the financial analysts at MoffettNathanson. "In particular, 2022 EBITDA [earnings before interest, taxes, depreciation, and amortization] guidance was noticeably below expectations at a time when capex will be elevated."

"Results at this stage don't give investors confidence in the company's ability to earn an adequate return," wrote the financial analysts at New Street Research. 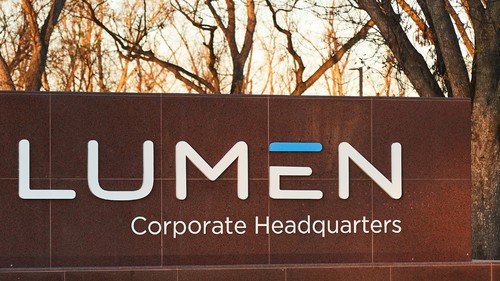 More broadly, the company's situation could cast a slight cloud over an industry hoping to use fiber networks to rake in new broadband subscribers from DSL and cable operators.

Lumen is one of a large and growing number of telecom companies pinning hopes on a broad expansion of a fiber network. Indeed, the Fiber Broadband Association (FBA) recently reported that the fiber industry is entering its "largest investment cycle ever" thanks to the efforts of companies like AT&T, Verizon and Lumen.

Lumen hopes to build its fiber network to 12 million new locations over the coming years. But it won't be easy, according to Lumen CEO Jeff Storey.

"Supply chains are stressed, and we continue working very closely with our diverse and valued suppliers to mitigate risk as we execute on our growth objectives," Storey said this week during his company's quarterly conference call, according to a Seeking Alpha transcript. Others have issued similar warnings.

"I don't want to overstate the issue, but it's something that we are really paying attention to and working with vendors," Storey added. "We are starting to see some companies hold off on taking new orders. And as we see that, then we are working to put in our mitigation plans to make sure it's factored into our build plan. But it is an issue that I will highlight as a real one that we have to mitigate."

Nonetheless, Lumen and other fiber providers like Frontier Communications and AT&T are moving forward with their fiber buildout plans. Some, like AT&T and Frontier, are reporting big gains in the number of their new fiber customers. But others, like Lumen, are not.

"The past few quarters have been relatively weak for broadband net additions for Lumen, even for its higher-speed fiber offering," MoffettNathanson said of Lumen's consumer broadband business. "This quarter's broadband net adds were at the low end of what the company has reported over the past few years and were shy of consensus estimates."

According to the analysts at New Street, a key metric for Lumen will be the percentage of customers in a given area who opt to purchase its new fiber lines. If Lumen gets 40% of potential customers to sign up, the company likely will generate profits. "At 30%, the company would likely destroy value," they warned.

Storey, Lumen's CEO, boasted that the company has already managed to get an average of around 29% of customers in its new fiber markets to sign up for its service. And that, he said, is with relatively little marketing.

He expects that number to travel above 40% in the months and years to come. "If you look at the quality of the product that we have, we have a very effective competitive product and even with the limited marketing, we are doubling our penetration rates in our traditional copper areas," he said.

New findings from the financial analysts at Cowen offer hope to Lumen executives. The analysts recently conducted a nationwide survey of more than 1,000 respondents and found that fiber-to-the-home (FTTH) "take rates" reached 56% among those surveyed.

"Take rate, or more specifically, market penetration, is a key driver of the FTTH business case," they wrote. "We have previously noted that a penetration rate of 30-35% is the typical minimum break-even threshold when underwriting FTTH projects. When there is one broadband competitor, fiber penetration can approach high-50s and even 60% penetration levels in mature markets."