Utah's Utopia Fiber has added California to the list of states where it is supporting open access network operations. 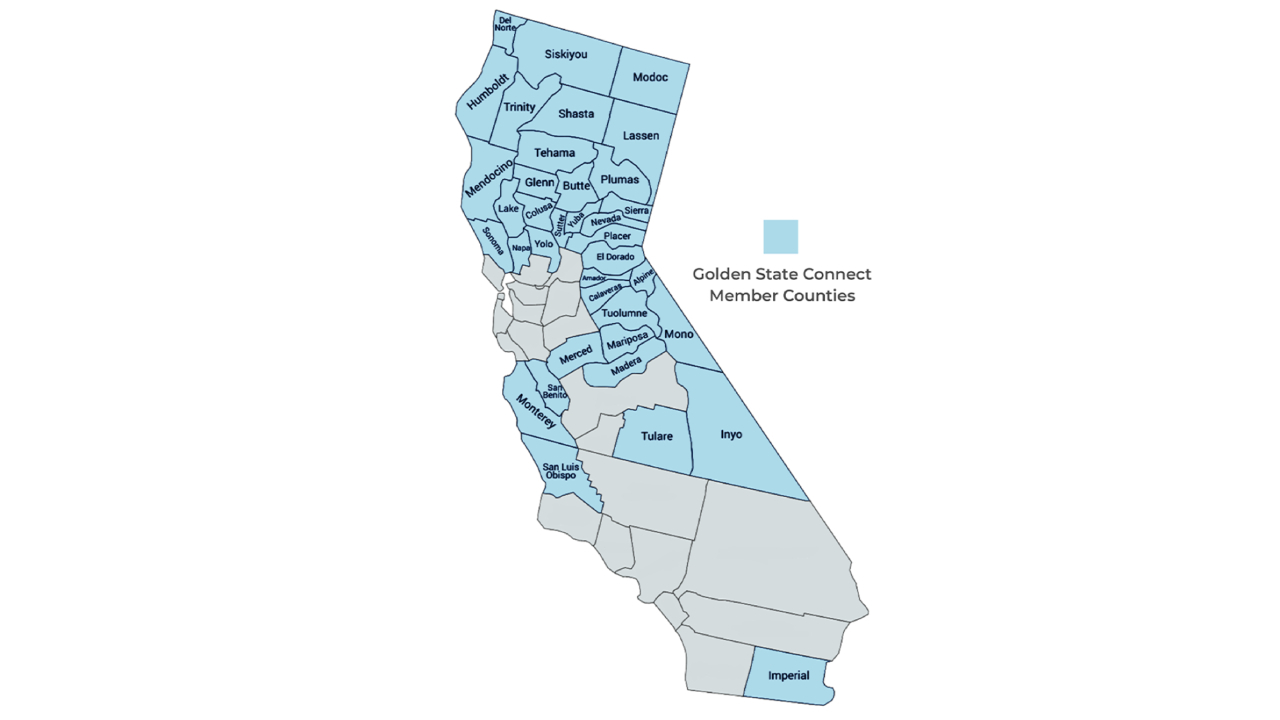 The California partnership comes after Utopia  an interlocal agency owned by 11 Utah cities  took on operational support roles in Idaho with Idaho Falls Fiber in 2018, and in Montana with Yellowstone Fiber in January.

GSCA, an affiliated entity of the Rural County Representatives of California (RCRC), is governed by an elected supervisor from each of its 38 member counties and is working to expand high-speed broadband to rural Californians. It was formed following Governor Gavin Newsom's signing of a $6 billion broadband bill last year that, among other things, reserved $3.25 billion for an open access, middle mile fiber network owned by the state.

In a press release, GSCA said of the Utopia news that it had decided to partner with an organization that has experience administering open access broadband infrastructure.

"UTOPIA Fiber has proven itself to be an industry leader with demonstrated expertise in establishing and operating an Open Access network that invites internet service providers to compete for customers, resulting in price and speed choices for consumers," said GSCA Board Chair and Calaveras County Supervisor Jack Garamendi in a press statement. "GSCA looks forward to building upon the knowledge and experience of UTOPIA Fiber and working together to advance internet access across rural California."

According to the announcement, GSCA is in the process of identifying project locations for fiber broadband installations in rural California but would start with "select initial locations" already announced by the state.

As per its website, GSCA says that it will achieve its goal of connecting all rural Californians to high-speed Internet in three phases: 1. Ensuring all its member counties have an Internet strategy plan; 2. Providing resources about approaches to broadband delivery; and 3. Identifying and pursuing open access, municipal fiber broadband projects.

While we're covering the Big 5G event, here's a look back at a few broadband industry highlights from the last 12 months.

But consumer advocacy group Free Press argues that some of the broadband providers on that list are the same ones 'sabotaging President Biden's FCC.'

One Country Project, led by former Senator Heidi Heitkamp  a Democrat  is launching a campaign claiming that Sohn 'is the wrong choice for the FCC and rural America.'

Senators requested updates on the FCC's efforts to default ineligible bids, how they're collaborating on broadband funding across agencies and how rejected funds will be redistributed.