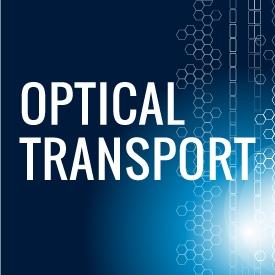 If you scan the headlines of Light Reading's recent optical transport coverage, the transition to metro 100G is getting a lot of attention. It shouldn't come as a surprise then that readers who took our January poll cited data center interconnect and other metro applications as the sector's top priority for 2015.

Meanwhile, two more of the optical set's high priorities for 2015 will be the ongoing integration of packet and optical, which garnered just over 26% of the votes, and the somewhat related transport SDN movement, which drew more than 20% support.

Though 400G might be the next major transport bandwidth threshold beyond 100G, it's occupying a back burner spot for now. About 15% of poll takers see 400G as a priority this year, which might speak to the ongoing frequency of 400G trials and technology demonstrations. It's optical transport month at Light Reading, and you can find all our recent coverage of that segment in our dedicated optical content channel here on Light Reading.

The numbers in the chart exclude those participants who answered "none of the above." Just under 4% of total poll takers chose that answer, but not a single one of those 26 people took us up on our invitation to comment on what exactly their priorities are. What's with that, people? The clock is ticking on 2015 -- time to set your priorities.

thebulk 1/31/2015 | 3:40:13 PM
Metro is a driver It has been a few years since I have been in industry, but metro was a big driver of growth as far back as I can remember, and it only makes sense that 100G needs to come along and shake things up even more.
Reply | Post Message | MESSAGES LIST | START A BOARD
EDUCATIONAL RESOURCES
sponsor supplied content
Reimagining Core Networks
Resist the Urge to Abandon OpenFlow
CEO Chat With ECI's Darryl Edwards
ECI Webinar with Infonetics - Packet-Optical Optimization
Video: The Era of Agile Optics Has Arrived
Intelligent Wavelength Health Management
SDN Great in Theory Less in Practice White Paper
Educational Resources Archive
More Blogs from DOS Attack
DCI Boxes Aren't Just for Metros Anymore

Ciena and ADVA separately show off the ability for their new data center interconnect gear to address a variety of distance needs.

The utility industry is keeping TDM alive, but maybe not for much longer.

The Pay's the Thing

Vendor CEOs make a lot of money, but we have a list of those who made more than most.

A Critical Time for Critical Infrastructure

Growing security threats are set to drive critical infrastructure operators to new investment and upgrades of their internal networks.