Telia Carrier is set to put the economics of disaggregated optical networking to the test this year with a live deployment based on Ciena's open line system technology and third-party transponders.

The optical open line system (OLS) debate has been raging for a few years, with supporters claiming that the ability to combine an open optical platform with third-party transponders can speed up the deployment of innovative new transport network technology in a way that can't happen when all the elements are coming from a single vendor.

Carriers like the sound of the innovation but don't want it to end up costing more in the long run. Mattias Fridström, VP and chief evangelist at the international network operator, tells Light Reading there are still lots of questions to answer about optical system disaggregation, particularly in relation to the economic model.

But Telia Carrier definitely wants to answer some of those questions itself so when it sought out a new optical system supplier late last year "our RFP was based on open line system thinking and Ciena [which won the deal] pitched to us with a proposal that had separate pricing for the line system and the transponders."

Fridström noted that Telia Carrier, which has a 65,000-kilometer fiber backbone that reaches more than 120 cities in 35 countries and which has just entered the SD-WAN services market, has "been preparing for open line system deployment now for more than a year and we will do an OLS in our fiber ring at some point and then let the transponder vendors fight it out."

Cue some beads of sweat at the transponder suppliers 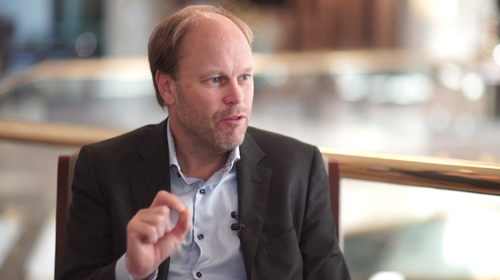 "But the question is, if we buy a transponder from Nokia, or Infinera, or Ciena, or ADVA, and then deploy it in an open line system, who do we call if something goes wrong? We have the engineers to handle the situation but there is a lot of manual planning in advance, and if you have a mix of transponders then the planning takes a lot longer. So what we might save on the transponders we might end up spending on additional manual labor," stated Fridström. "So we will test it and see what happens but we are not still convinced there is money to be saved."

Optical system disaggregation was one of the topics Fridström had been looking forward to discussing at this month's OFC event in San Diego, which he didn't attend but which still went ahead.

The Swede, who clearly missed not going to the annual optical jamboree, said he was also due to be on a Telecom Infra Project (TIP) panel at OFC to discuss "developments for an orchestration system that can manage multivendor transponder deployments ... we proved a few years ago" during tests with Coriant, ADVA and others that it was possible, he noted.

"The cool thing about OFC is that we all get to talk about the latest developments and see what each other is thinking. There is a lot of talk from the vendors now about 600G and 800G waves and they will say it all works great, but at OFC you can talk to everyone and get a sense for what the industry is thinking  to find out what everyone thinks is good," noted Fridström.

There was also talk at OFC a few years ago that there were too many optical system vendors, "when there were maybe more than 20," he notes. But market consolidation has cut that number down significantly, "and now the talk is that there are too few. Companies like Facebook [a major force behind TIP] want to see more system vendors in the market and there were TIP meetings scheduled at OFC to meet with about 10 companies to see how they could be helped to enter the optical market. These discussions will still happen but it would have been better to meet [face-to-face]," he added.

Fridström believes companies may adopt TIP optical system designs this year, "but who will take the leap?" he wonders. "Infinera has always shown interest"  and been active in TIP developments  "but it is already in the optical systems market  the idea is to bring in new players. It will be hard for any new entrants to come in and challenge the existing players, which are good and very experienced, and it's even more difficult to see who might come in now that Cisco has acquired Acacia, which could have been one of the few contenders  Even if nothing comes of it, we have all learned a lot."