The optical networking equipment space, once supporting several multi-billion dollar empires, continues to consolidate. In the latest example, Infinera buys Coriant for $230 million in cash and some issued stock for a total transaction value of about $430 million. (See Infinera to Buy Coriant for $430M.)

Infinera and Coriant say the deal will bring together a very complementary set of assets, technologies and customer accounts.

"The essence of Infinera's competitive edge has always been vertical integration," said David Heard, Infinera's General Manager, Product and Solutions, in a conversation with Light Reading on Monday. "In the optical world, if you can get the highest performance and lowest cost basis and make that agile for use in the network -- that's a good thing."

The struggle for Infinera, Heard explained, is that it's not in a lot of the global Tier 1 carriers. Also, the portfolio matters, too, Heard said. "Having all the way out from 5G, fiber deep, cable through the metro core -- we see a lot of disruption," he said. Because 5G is causing service providers to spend more to put fiber and computing resources out on the edge, adding complementary pieces to Infinera's long haul and metro optical business was attractive.

Infinera execs say the combination takes a vertical integration expert with some big cable operator accounts and pairs it up with Coriant, a company that has a portfolio of different technologies, several mobile operator customers and some Tier 1 relationships as well.

Marlin Equity Partners spent more than $1 billion trying to integrate all of Coriant's technology portfolio vertically. That investment was over the last five years and was aimed at "significantly advance its portfolio to address the growing demand for software automation and open, disaggregated platforms," the company said in a statement. But Coriant still wasn't as vertically integrated as it wanted to be and its new majority owners -- Oaktree Capital Management -- tapped Infinera for help. 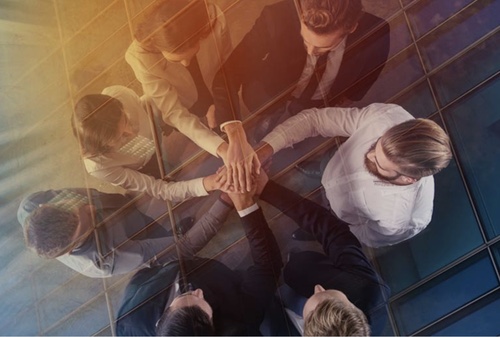 The two companies say the acquisition approximately doubles Infinera's revenue and expands the companys customer base "to serve nine of the top 10 global network operators (five new to Infinera) and the top six global internet content providers (three new to Infinera)." In the investor conference call, Infinera executives said the two companies only overlap in one of each of their top ten customers and, in that customer, Infinera is the incumbent long-haul provider and Coriant is the incumbent metro provider.

According to Heavy Reading Analyst Sterling Perrin, Coriant and Infinera combined to cover less than 10% of the total, global optical networking market share in 2017. Ciena, by comparison, had a little more than 15% and Huawei had just under 30% of the worldwide optical networking market. Perrin said Infinera's motivation was definitely to add some complementary pieces. The long-haul optical market "has slowed tremendously and the metro optical market has been a better growth opportunity," Perrin said.

Coriant and Infinera are almost identically sized as far as revenues. Infinera's 2017 revenues were $740.7 million, down nearly 15% from the previous year. Coriant's 2017 revenues were about $750 million, with approximately $525 million coming from equipment sales, according to Heavy Reading estimates.

On the investor call Monday afternoon, Infinera said that Coriant burned about $50 million in cash in 2017, had to bid aggressively on new deals and Infinera's managers think that the combined company will be profitable with positive cash flow in 2019.

The purchase of Coriant is, by our count, Infinera's fourth acquisition. In 2005 the company acquired Big Bear Networks, an optical networking company that was in the process of shutting down. In 2007 it bought Little Optics, a components vendor. In 2015, the company spent $350 million for Transmode Systems, a move that blended its long-haul optical transport capabilities with the Swedish vendor's metro core, edge, and access gear -- putting a full selection of WDM equipment and technology under one roof. (See Infinera Acquires Little, Infinera Bags Big Bear and Infinera Makes $350M Offer for Sweden's Transmode.)

Along the way, Marlin Equity Partners picked up Tellabs and added it to Coriant in a deal that was announced at $891 million. (See: Optical Stock Watch: Tellabs and Tellabs Axes Product, Cuts Jobs.)

Not all are convinced that consolidation necessarily equals a leaner, meaner company because significant company integrations are challenging and, sometimes, messy. In comment on the speculation of a deal in a note to clients last week, MKM Partners analyst Mike Genovese wrote: "[The integration] challenge would likely be particularly acute since many of Coriants customers would want to remain on their legacy Coriant platforms, thus not helping Infinera's PIC volumes and margins. Both Infinera and Coriant are low operating margin companies, and there are questionable synergies."

Synergy, though, is the name of the game here. "This accretion will come from $100 million of identified cost savings in both cost of goods sold and operating expenses," Infinera said in its press release. "Total cost synergies of $250 million are expected through 2021, with the continuation of operating synergies and the introduction of vertical integration into the Coriant product line, resulting in a step-function increase in Coriants margins."

mkedrywall 3/28/2020 | 3:22:01 PM
Re: CALGARY HVAC REPAIR Yes I am very curious too. I enjoy reading about these topics and I also like reading the comments from other business owners. I also own a local drywall company that services the greater Milwaukee area. It's been fun but always bring unique challenges to overcome each week.
Reply | Post Message | MESSAGES LIST | START A BOARD

WELCOME EVERYONE TO INDEPENDENT ESCORTS IN JAIPUR


Jaipur brings give remarkable looking, worthy similarly as innovative escorts wherever as your comfort for any kind of event similarly as activities. They could be your partner with which you could spend your splendid minutes. Our Jaipur Escorts have decent character fixings you okay with them. They are viably versatile with you in any kind of atmosphere. Our Jaipur associate will reliably bolster redundant and besides only day into surprising and moreover satisfied one.


JAIPUR ESCORTS BEST AND RECOGNIZED EXPERTS PREPARED TO TAKE SATISFACTION IN WITH YOU.


English classiness is reliably denied similarly likewise with the help of Jaipur Escorts you can recognize with them as you wish. They are continually organized to fulfill you. The best factor in them is the basic interest. Anybody can't reduce them when they perspective them individual to individual. This town is just one of the essential spots of the world and besides consistently money saving thoughts of visitor come underneath to perspective this most imperative town.


If you are a novice to this town similarly as don't recognize how to recognize here without any issues then some after recommendations will help every one of you the way.

jaipurwaligirl 3/13/2020 | 7:29:03 AM
Sunny Singh Connect with YOURSELF WITH GORGEOUS JAIPUR ESCORTS

Lovely girls are here for your entertainment. Jaipur is eminence city where a ton of Female work to benefit customer and money. Each escort give certified charming to clients and do everything to perky them.Love of them for clients are remarkable. You will feel certifiable delight and fulfillment with hot call girls.You may see amazing and fulfilling love and want just to fulfill you and there will be parts storm of worship and want as you will come to call girls the people who love to serve their body so you may love to make sexual association which will be a sign of vitality at your face. There will be no limitation to esteem the round of certified beguilement.

Unmistakable Service provider girls end up serving you when they will heard you voice to go to you. Noticeable girls are on edge to serve you yet you have to start first for they do hold on to see your vitality and love and need for it. Hot and excited faltering and stimulating girls would come to go to you wherever you will be they come to oblige you for they do know, what unbelievable time is calling girls to go to the veritable celebration of phenomenal preoccupation. This is the way by which each charming youngster would come to serve you with all that they have ability to do.
Reply | Post Message | MESSAGES LIST | START A BOARD

nainasinha 3/5/2020 | 7:32:33 AM
Naina Sinha Are you feeling lonely in Punjab? Do you crave for getting companionship and intimacy with a nubile female escort? You need not look elsewhere. I am Naina Sinha, a sexy siren, a sex bombshell or call me whatever; I can be your most desirable party or tour companion. I am an experienced Punjab who spares no efforts to provide maximum sensual pleasure to the clients and incredible value. Whether you are looking for a thrilling bed partner or you are looking for an exciting and sensual companion, I will help you enjoy your time and life in this pleasant world to your highest satisfaction.