Only minutes before today's earnings call, you could tell Ciena's CEO Gary Smith was chomping at the bit to grab the mic and tell everyone how the company is kicking ass in the optical transport market.

That was way better than expected: On average, financial analysts had been expecting revenues of $790.9 million and a non-GAAP EPS of $0.36. 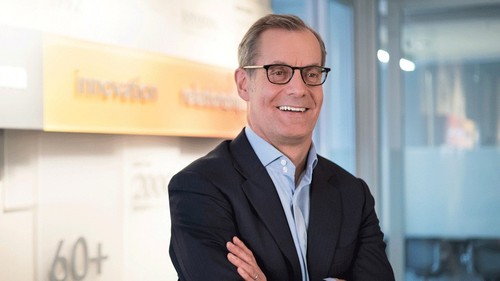 Smith was first up on the earnings call.

"YEEEEHAA!!" was what I heard in my head, but what he actually said in almost breathless tones was that Ciena sees "robust demand across a broad spectrum of applications and customers" and that the vendor has been "taking market share" from its rivals. He added that the orders on Ciena's books were greater than the revenues in the three months to the end of July (always a good sign) and boasted that Ciena is "the only western company in our space that is growing and profitable."

The "western" qualifier there, of course, is because Huawei, by far the clear global market leader in the optical transport market, is profitable and, especially with ZTE out of the frame recently, continues to pick up new business. (See Huawei Shrugs Off Challenges With Surge in H1 Profit, ZTE Back in the Game, Seeking Trust & 5G Deals and Acacia Spies Return of ZTE Revenues.)

The companies Smith is targeting with such comments are the likes of Nokia, Infinera, ADVA and more. "Many rivals are challenged by distractions," he added. What could he be talking about? (See Infinera, Coriant Hear a $430M Siren Song of Synergy and Eurobites: M&A Rumor Links ADVA With ECI.)

(Smith, however, clearly hasn't noticed that ECI Telecom, which is very much in Ciena's "space," is both growing and, it says, currently profitable -- see ECI Reportedly Planning a London IPO.)

The main reason for Ciena's success and current strength is diversification, the most-used word on the earnings call by multiple executives. But it's not an idle boast: 37% of third-quarter revenues came from non-telco customers, while just over 40% of revenues came from outside North America, with sales in Asia-Pacific and EMEA growing significantly compared with a year ago (up 49% and 27% respectively).

Ciena is particularly excited (still) about its traction with the webscale giants (the likes of Facebook and Google). "They are a major influencer of demand," stated Smith. "Three of our top ten accounts are webscales and one of our three 10%+ customers on the quarter was a webscale customer." (The other two 10%+ customers were Verizon and AT&T.)

More than 20% of third-quarter revenues came from webscale customers, and the increase in revenues from those customers was up by 150% compared with a year ago, said the CEO.

Join Light Reading in investigating the transport and networking requirements of 5G as US operators move towards commercial launch. Register today for 5G Transport & Networking Strategies in New York on Oct. 9. Register now for this exclusive opportunity to learn from and network with industry experts – communications service providers get in free!

Ciena has also been growing in the telco sector too, though, particularly with new Tier 1 customers in Europe and Asia, said Smith. He cited Deutsche Telekom AG (NYSE: DT) as a new customer: The vendor is supplying its Wavelogic platform for a European-wide rollout being undertaken by the German giant's international wholesale division. He also cited significant growth in India, Japan and Australia.

And Smith expects further growth based on ongoing demand for transport networking technology, which he says is not as variable as some people think. "During the past 5 to 7 years, demand has been consistent -- [this market has] broad-based demand characteristics. This is not a two-step forwards, one step back market -- that's a view based on 2001. There is consistent demand, and I think that will continue the context is consistent, robust demand."

The bullish CEO believes the market is growing but that Ciena is growing faster and winning business from others: He expects the company to end the year with a 2% global market share gain, which, if that happens, would likely make Ciena the number two player behind Huawei.

To put this all into context, IHS Markit pinned the global optical network hardware market as being worth $3.1 billion in the first calendar quarter of 2018, roughly flat from a year earlier, with Huawei the overall market leader with a 26% market share. Heidi Adams, senior research director of Transport Networks at IHS, noted during a presentation at the NGON & DCI Europe event in June that she expects the total optical equipment market to grow at a compound annual growth rate (CAGR) of 4.5% during 2017 to 2022.

But it's not all about hardware these days, of course, and Smith noted that there's going to be greater activity from the company's Blue Planet software unit in the coming months. (See Ciena Eyes More Software M&A.)