BT and Openreach are the father-son duo of the telecom world, desperate to avoid charges of nepotism. For years, they have experimented with different forms of separation to convince the wider world that Openreach, the networks child, really is independent and impartial when dealing with its parent's retail adversaries. It's a hard act during earnings season when Clive Selley, the Openreach boss, is called on by Philip Jansen, BT's CEO, to explain his efforts.

The lines of separation could thicken, however, if the latest reports about an Openreach sale prove to be true. This morning, the UK's Financial Times newspaper wrote that BT is now in talks about flogging a multi-billion-pound stake in its infrastructure unit to investors, which could include Macquarie, an Australian bank, and an unidentified sovereign wealth fund. Talks value Openreach at £20 billion (US$24.4 billion), according to the Financial Times, which cited sources with direct knowledge of the discussions.

The timing is interesting. In Boris Johnson, the UK has a newish prime minister bothered that his country is so far behind much of Europe on the rollout of high-speed, full-fiber networks, and determined to catch up. Ofcom, the UK regulator, looks more willing to hear BT out on the "fair bet," the idea that it should be able to make a decent return on a risky investment. "Our discussions with the government have been positive and we are confident of seeing a package that supports investment in fiber," said Jansen on BT's earnings call last week. 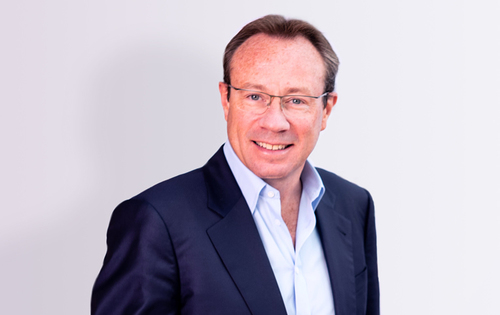 BT CEO Philip Jansen could be on the verge of an industry-shaking move.

Spurred also by growing infrastructure-based competition, Jansen last week said BT would extend fiber networks to around 20 million UK properties by the mid-to-late 2020s, up from a previous target of 15 million by around 2025, provided Ofcom plays ball. But to support its strategy BT has slashed dividends and will seek another £2 billion ($2.4 billion) in annual cost savings by 2025. Rolling fiber costs £300 ($366) to £400 ($487) per home passed, it estimates, and only 2.6 million properties are done. That would imply a bill of between £5.2 billion ($6.3 billion) and £7 billion ($8.5 billion). The Financial Times story says total costs may run to as much as £12 billion ($14.6 billion).

"A move to partially offload Openreach will raise much needed cash for UK plc in the rollout of a gigabit society," said Paolo Pescatore, an analyst with PP Foresight, in comments emailed to Light Reading. It would also reflect some confidence among infrastructure investors in the regulatory outlook. Jansen, interestingly, revealed on BT's earnings call that he expected to make a pre-tax nominal return of between 10% and 12% on the fiber investment. "This is a fair return for such a long-term infrastructure project," he said.

A part sale of Openreach, moreover, would follow other divestment activities and infrastructure-funding moves in the telecom sector. UK-based mobile giant Vodafone, notably, has spun off its European towers and plans to sell a stake in that business. CityFibre, a small fiber rival to Openreach, has received backing from a consortium that includes Goldman Sachs.

The £20 billion ($24.4 billion) valuation of Openreach cited by the Financial Times would represent a substantial premium given BT's current market capitalization is only about £10.7 billion ($13 billion). After news of the possible divestment, BT's share price gained 6% in London this morning. But it has halved in the last year, and BT was valued at 4.5 times its current level in late 2015. Analysts at Jefferies today said the £20 billion ($24.4 billion) figure "lays down a highly relevant marker."

They doubt, however, that negotiations are actually "live," pointing out that Jansen acquired 2 million BT shares earlier this week. "We wonder how that transaction could have been authorized if BT were at the same time engaged in non-public negotiations of such a material nature, even at an early stage," said the Jefferies analysts in a research note.

The other issue is whether an Openreach divestment is really about reducing debts to satisfy pension trustees rather than funding fiber rollout. "Once the trustee has been satisfied in a way that de-risks the triennial review outcome, there may be limited proceeds left," said the Jefferies analysts in today's note. Previously, they had taken issue with the need for a dividend cut to pay for broadband rollout. Other projects that are gobbling up £700 million ($853 million) to £800 million ($975 million) of capital expenditure this fiscal year  about a fifth of what BT spent altogether in its previous one  will end in the next couple of years, according to Jefferies. "There appears to be significant scope for capex reallocation within Openreach," it said.

Regardless, if a deal eventually does go ahead, it would make Openreach look more like an independent operator than an intrinsic member of the BT family. That would be welcomed by service providers outside BT Group that rely on its infrastructure to provide broadband and other services. O2, a mobile rival, and Virgin Media, a cable competitor, are merging partly to wean themselves off BT products. But Vodafone, the country's other big mobile operator, has no plans for UK takeover activity, said CEO Nick Read this week. "We know BT needs a really strong anchor tenant to make returns," he told analysts on a call. "Whether BT, CityFibre or others, we have access to wholesale so we can offer a converged product."

Tom Rebbeck, an analyst with Analysys Mason, evidently thinks an Openreach divestment could work in Vodafone's favor. "Also might explain why Vodafone didn't want to bid for Virgin Media," he wrote in a tweet published today. "Cable from Virgin vs fiber from a more independent Openreach." Amid persistent grumbling that Openreach's separation has not addressed the real problem, the UK may at last have a path to a less nepotistic arrangement.

Also might explain why Vodafone didn't want to bid for Virgin Media. Cable from Virgin vs fibre from a more independent Openreach.