In an effort to help slow the spread of COVID-19, Google Fiber has halted outbound sales calls and closed its Fiber retail stores "until this crisis abates," the service provider announced Monday.

"We'll continue to install service for new customers as long as it's safe and we're able to do so, and we'll do everything we can to repair and maintain our network for customers who are relying on it, and on us," Google Fiber explained in this blog post. 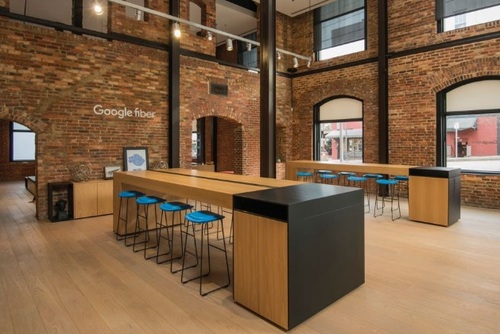 Those moves are in addition to Google Fiber's backing of FCC Chairman Ajit Pai's "Keep Americans Connected Pledge," which includes the suspension of service terminations for customers who can't pay their bills, the waiving of late fees and the opening up of Wi-Fi hotspots. At last check, the number of US service providers supporting the 60-day pledge has risen to 185.

Meanwhile, several ISPs, including Comcast, Cox Communications and Cable One, have also made the move to temporarily lift data caps and drop data overage charges. Google Fiber, which now only sells 1-Gig broadband after halting sales of a 100-Meg product, noted that it has never implemented data caps or late fees.

"At Google Fiber, we don't have the answers to the big questions facing us," the company added. "We also know this: in times like this, connections matter. Possibly – probably – more than at any other time. We believe internet service is always critical to people and communities. In times of crisis, internet service is an even more critical lifeline."

Google Fiber, which recently stopped selling an IPTV service to instead promote two OTT-delivered pay-TV services – YouTube TV and fuboTV – has paused expansion into new markets. However, it continues to extend the reach of its network (both fixed and wireless) in its existing markets, including Kansas City; Chicago; Miami; Provo and Salt Lake City, Utah; Atlanta; Denver; Nashville, Tennessee; San Antonio and Austin, Texas; Huntsville, Alabama; Seattle; Oakland, San Francisco and San Diego, California; and Charlotte and Raleigh, North Carolina, among others.