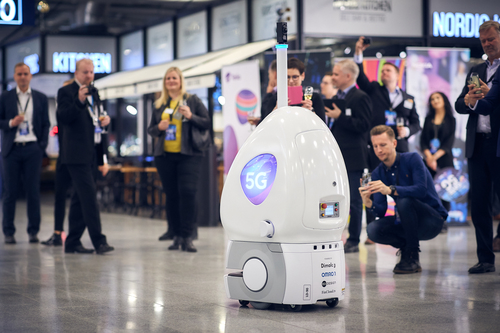 "Listen, for the last time, I am not cleaning the damn floor!"