Old diseases carry exotic names such as cholera and influenza. COVID-19, the latest virus to go global, sounds more like a software update, begging questions about the fate of COVID-18 and earlier versions. But the nomenclature seems appropriate in the age of computing: With countries facing travel restrictions and curfews, technology and connectivity may assume more importance than ever.

In the UK, a plan to pump £5 billion ($6.4 billion) into the rollout of full-fiber networks was aired long before COVID-19 was airborne. Yet it formed a central pillar of this week's UK budget, unveiled while the Boris Johnson-led government weighed its response to the coronavirus crisis. That £5 billion pledge was not a part of a £30 billion ($38.2 billion) package linked specifically to COVID-19. But the availability of decent broadband infrastructure could turn out to be critical now the virus is officially a pandemic. If school and office closures become the new normal, reliable home connectivity will be essential.

That does not qualify the government to provide it, though. Unlike previous public-sector broadband pledges, the sum of £5 billion ($6.4 billion) is not an insignificant amount. The question is how it gets used. On that point, Chancellor Rishi Sunak had nothing to offer in his parliamentary speech. "People need to see a tangible plan to back it up," said David McCourt, the CEO of private equity firm Granahan McCourt Capital, in an email sent to Light Reading. 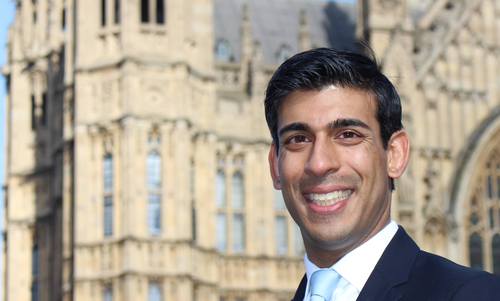 Unfortunately, there is little recent precedent for successful infrastructure projects funded by the public sector. In the UK, the standout example is HS2, a costly proposal to build a new high-speed rail link connecting the north to the south. A decade since it was first conceived, HS2 remains largely at the planning stage. The original budget for it was about £40 billion ($51 billion), horrifying parsimonious onlookers. Bogged down in controversy, it is now expected to cost as much as £106 billion ($135.1 billion).

In the broadband sector, specifically, earlier government efforts to provide broadband connectivity in rural and "hard-to-reach" places have also been mired in controversy. BT, the former state-owned monopoly, hoovered up most of the work under what was called the "BDUK" scheme, upsetting broadband rivals that saw it as evidence of illegal state aid. Years later, the benefits of these part-fiber deployments remain doubtful  especially given the current obsession with gigabit-speed networks.

Regardless of these experiences, the Johnson government has decided there is a broadband problem that a wedge of taxpayers' money can fix. For sure, years of under-investment have left the UK far behind some other European countries on the rollout of full-fiber networks, as Johnson has pointed out. Last summer, these reached only about 8% of UK properties. In Spain, they were available to more than 70% of the population as far back as 2017. In Portugal, the figure then was almost 90%.

But these countries did not establish their lead through a major injection of public-sector funds. Their investments in fiber came mainly from the private sector, including the big operators. In Spain, Telefónica, the incumbent, today covers more than 23 million homes with its full-fiber network. Orange, a big rival, reaches nearly 15 million properties with full fiber or cable. BT had fewer than 2.2 million homes hooked up to full-fiber infrastructure at the end of 2019.

So how did these southern European countries attract full-fiber investment while the UK was happy to continue upgrading old-fashioned copper lines?

Barney Lane, the vice president of regulatory and government affairs for UK operator Colt, identified a root cause during a conversation with Light Reading back in 2017. While the UK focused on opening BT's network by giving rivals access to cheap wholesale leased lines and broadband services, southern European officials saw this as "rape and pillage" of an incumbent's network, he said. Instead, they agreed to open up ducts and poles  the so-called passive infrastructure  if the investment was forthcoming.

"It just so happened that the market evolved to a point where more than anything else you need investment in fiber," he said. "They acted with a protectionist instinct and got lucky."

Sensible remedies
Fortunately, the UK situation looked much better last year, before Johnson took control. Regulatory changes, stricter oversight of BT and a growing need for higher-speed networks than it currently provides have drawn investor interest. With its plan to extend full-fiber networks to 8 million UK properties, CityFibre has "punched [BT] in the kidneys," CEO Greg Mesch told Light Reading in January. Backed by a Goldman Sachs fund, it has promised to invest £4 billion ($5.1 billion) in construction.

The rivalry has forced BT to respond. Its full-fiber footprint is now growing by about 113,000 properties each month and it aims to reach 15 million in total by 2025 if regulators prove amenable. Virgin Media, the UK's biggest cable operator, is also investing, as are numerous smaller firms. Some observers say the market is ripe for consolidation.

Private-sector companies that do not receive government cash are unlikely to welcome a taxpayer-funded challenge. Even if the £5 billion ($6.4 billion) is aimed at the hardest-to-reach 20% of the country, CityFibre's response to the budget announcement included a warning. "We are in full support of the prime minister's commitment to level-up the country with a full-fiber network by 2025," said Mesch in an email. "However, in order to fully achieve this, we need competition to ensure the full-fiber rollout in cities and towns across the country continues at speed and no place is left behind."

So what should authorities do? Rather than hurling money into the broadband equivalent of HS2, they could start by addressing the outstanding niggles about regulation and planning permission for the 70% of the country that is easier to reach but currently unserved. Gaining access to BT's network of ducts and poles is still hard work, according to Mesch. "Take a city that might have 20,000 poles. We need to reserve all 20,000. Their systems make me reserve a pole at a time," he complained in January.

BT had plenty of gripes as recently as June 2019. Catherine Colloms, the managing director for corporate affairs at the Openreach networks business, outlined several action points for the government at Connected Britain, a conference held in London. "We are trying to build whole areas and that means we can't bypass MDUs [multi-dwelling units]. We currently find we can't access about 44% of MDUs  This issue of absentee landlords is critical."

Other concerns for Colloms included taxation and basic coordination between different government departments. "The business rate tax is a really big issue, and this points broadly to the fact that if there are big government targets you need a policy and regulatory environment that is coordinated and joined up," she said. "There is still a sense of not-joined-up thinking when it comes to digital."

Unless COVID-19 empties streets and offices for much longer than anyone hopes, the £5 billion broadband pledge seems unlikely to boost residential connectivity while the virus rages. That was never the government's intention, of course. But a concerted government effort that is not tied to funding could deliver a welcome broadband boost this year in afflicted areas, besides aiding the long-term plan. Given the risk that component and labor shortages disrupt fiber rollout, the UK's operators will need all the policy help they can get.