CenturyLink Sharpens Up Its Ethernet Portfolio

CenturyLink is extending its global private Ethernet service by adding multipoint-to-multipoint connectivity to its arsenal of connectivity offerings, the company announced Wednesday. That's an attractive move for enterprise that are embracing multicloud strategies and want anywhere-to-anywhere connectivity, instead of being tied to a central data center.

CenturyLink is extending its E-Services to provide multipoint connectivity, conforming to the MEF E-LAN certification.

CenturyLink's expanded E-Services portfolio comprises multiple services that came on board with its 2017 $34 billion acquisition of Level 3, which itself had made a number of acquisitions over the years. "We had more Ethernet products than I could count," Mike Buso, CenturyLink director of product management, tells Light Reading.

Like CenturyLink, enterprises are growing through acquisitions, which is driving the need for multipoint connectivity, says Chris McReynolds, CenturyLink VP product management. Another demand driver: companies are adopting software-as-a-service (SaaS) cloud applications. Additionally, enterprises are moving on-premises applications out of data centers and into the cloud, which requires reliable, secure connectivity. 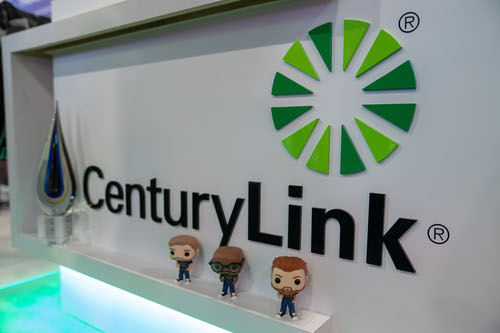 E-LAN is an alternative to SD-WAN, providing greater bandwidth, Buso says. Also, because E-LAN operates over a private network, while SD-WAN runs on the public Internet, businesses are often drawn to E-LAN for regulatory requirements. Additionally, advanced enterprise customers prefer E-LAN to run their own Layer 2 routing protocols, for increased control, Buso says.

E-Services E-LAN supports dynamic capability to increase bandwidth on demand -- from 2 Mbit/s to 6 Gbit/s -- and the ability to set up connections on the fly, for short-term needs, enabled by software-defined networking (SDN) capabilities, CenturyLink says.

Why this matters E-Services enters a crowded market -- "pretty much everybody" offers a similar service, including AT&T, Verizon, Comcast and other MSOs, Buso says. Why this matters for CenturyLink is that it consolidates the Level 3 acquisition, and other acquisitions, into a uniform product.

"It's a standard offering. We had eight to ten different products that do pieces of this," Buso says. The new service provides a global, rather than local, footprint; CenturyLink says the service is available in 300 markets, and that its network capabilities include 450,000 global route miles of fiber, more than 60 countries, more than 150,000 on-net buildings and connectivity to more than 2,200 public and private data centers. Additionally, because the service is MEF-certified (here's the spec), enterprise customers can be assured of what they're getting, Buso says.

CenturyLink CFO Neel Dev said on a call with analysts in December that the company had reached a point where it was operating as one company following the Level 3 acquisition, and was ahead of schedule on its goals of $850 million synergies.