AT&T announced Monday that it has launched symmetrical 2-Gig and 5-Gig residential and business broadband services to more than 70 US markets, a big speed upgrade that will put more pressure on cable rivals to accelerate their own multi-gig moves.

Here's how pricing on AT&T's new multi-gig tiers for residential and small business customers stack up: 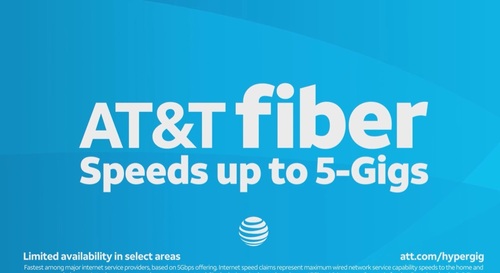 AT&T said it will back its multi-gig launch with a promotional blitz.
(Image source: AT&T)

The company noted that, as part of the new "straightforward pricing" for its consumer AT&T Fiber portfolio, all of its FTTP speed tiers are uncapped, charge no added equipment fees and don't require annual contracts. AT&T is also promising to keep prices locked for 12 months. AT&T is rolling out Wi-Fi 6 gateways to support accelerating fiber speeds on customer home networks.

AT&T noted it has achieved 10-Gig speeds over fiber in the lab, but has not announced when it might offer such speeds to customers. 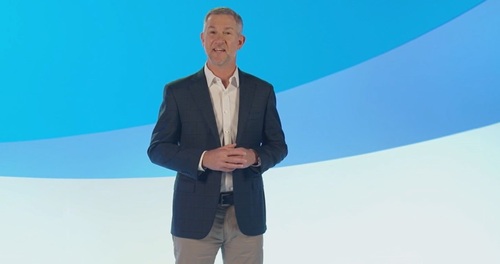 As one of several speakers for a canned presentation, Jeff McElfresh, CEO of AT&T Communications, shed some light on the company's multi-gig launch. He confirmed that AT&T plans to extend FTTP to about 30 million locations by the end of 2025.
(Image source: AT&T)

AT&T is also pushing ahead with multi-gig as fiber connectivity remains a key growth driver for the company. The company announced earlier this month that it netted about 270,000 FTTP subs in Q4 2021, boosting its total for the full year by about 1 million subs. AT&T added about 2.6 million FTTP locations for all of 2021, a bit ahead of revised guidance that it would add 2.5 million FTTP locations for the full year.

John Stankey, AT&T's CEO, has previously said the company is on a path to ramp up its fiber build to 5 million locations annually, despite recent supply chain constraints.

Comcast and Charter Communications are among the tier 1 US cable operators that have been touting the speed performance of respective DOCSIS 4.0 trials.

The cable industry is also pursuing a broader "10G" initiative that aims to bring symmetrical 10-Gig speeds to fiber, HFC and wireless networks.