Taking It Slow: Enterprises Use Open Source, but Are Cautious About Contributing

Enterprises are moving slowly in open source adoption. For now, they're mostly consuming open source, rather than contributing to it.

Jabil Circuit Inc. (NYSE: JBL), for example, consumes open source extensively in the form of services offered by cloud providers. Cloud services are built on open source, and Jabil is adopting those eagerly, but also slowly and methodically, to ensure they don't disrupt the business, says Gary Cantrell, SVP and CIO for the manufacturing company. (See Jabil Leverages Cloud to Improve Manufacturing and How Open Source Has Turned the Software Industry Upside-Down.)

"The opportunities there are boundless, and we're feeling our way through it as an enterprise," Cantrell says.

Jabil uses open source for application development and piloting, and then switches for production to vendor-backed open source implementations, frequently with proprietary extensions. For example, the company uses Docker for developing applications, but Docker Enterprise Edition for production, Cantrell says. 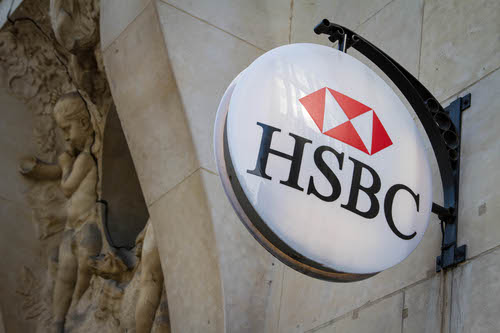 HSBC is enthusiastic about contributing to open source, but concerned about potential problems. Photo source: HSBC

"We aren't open source contributors ourselves yet but we are looking into ways to do that," Knott said. HSBC needs to examine the legal and licensing implications before stepping in. "What we haven't figured out yet is what we might expose ourselves to if we're making contributions," he said. "From an engineering perspective, we think it's the right thing to do and the responsible thing to do. But we need to understand it from a legal perspective."

Caution about getting involved in open source communities is typical of enterprises, says Ben McCormack, who was Evernote Corp. 's chief of staff when we spoke to him in mid-2018. He's since moved on to Google. (See Evernote: The Cloud Gets You Closer to Customers.)

"If I'm a traditional brick and mortar, I'm wondering if it's OK to write software and give it outside the corporate realm," McCormack says. "Traditional enterprises are concerned about quality control and liability, and legal advisors may not have answers to those questions."

And when enterprises do implement open source, they rely on vendors to provide support. The largest companies in the world, like Verizon or Facebook, can do their own support, but smaller companies -- even billion-dollar companies -- turn to vendors, said Ovum Ltd. analyst Tony Baer.

Running open source is analogous to self-insuring rather than buying insurance from an outside company, Baer says. "Some do that, but for the most part, if you are a publicly held company and use software that is vital to the business operation, you have a fiduciary responsibility to prove it is supported, by your own organization or by a commercial entity."