Some 99.5% of shareholders voted to approve the deal, with about 80% of shares casting votes, according to an SEC filing. That puts the deal on track to close in the second half of 2019, according to IBM Corp. (NYSE: IBM). 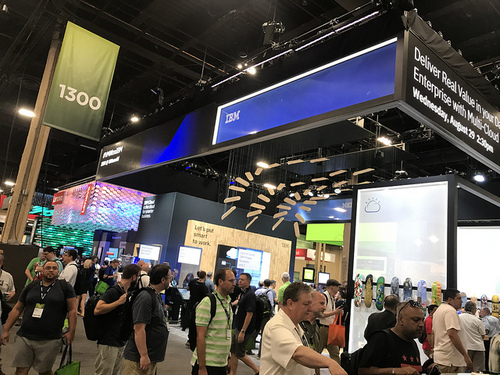 Specifically, the plan calls for Red Hat Inc. (NYSE: RHT) to become a wholly owned subsidiary of IBM -- consistent with IBM's stated plan, when the deal was announced in October, for Red Hat to operate as a "distinct unit" within IBM's Hybrid Cloud Business Unit. That's important, because often in the case of acquisitions, the acquired company disappears into the parent. (See IBM Buying Red Hat for $34B, Turning Cloud Upside Down.)

Additionally, shareholders approved a compensation plan for Red Hat executive officers in connection with the merger.

The Red Hat acquisition is potentially a big help to IBM's transition to the cloud era, which it has been struggling to do. In IBM's most recent earnings report, filed in October, cloud revenue was up 20%, to $19 billion, less than half the growth of the overall cloud market. Overall revenue was $18.8 billion, down 2%. (See IBM Is Losing the Cloud Race.)

With Red Hat, IBM is betting it can lead customers into the multi-cloud world, as enterprises use more than one cloud platform, as well as on-premises data centers, to run their business. IBM is also looking to Red Hat to infuse its open source culture throughout the company.