Open Sores: Are Telcos on a Collision Course With Vendors?

These days, it takes a brave executive to stick up for proprietary technology. Developed inside the hulking fortresses of the mightiest vendors, it can easily be depicted as enslaving the many while enriching the few. Contrast that with the typical representation of the open source movement: Communal, democratic, redistributive. What's not to love?

The narrative surrounding open source is as tough to dispute as the image is to dislike. Sick of supplier "lock-in" and the "vendor prison," a few redoubtable telco heroes have stolen the keys and are freeing their fellow inmates. Their former jailers will have to adapt by similarly embracing openness, they say. (See DT: Telcos Must Escape Vendor Prison.)

Telcos Are Born Free, & Everywhere They Are in Chains 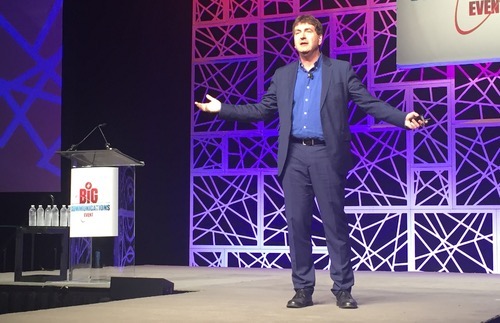 As difficult as that may be, it is hard to find a vendor that is openly critical of open source. Most claim to have bought into the vision. A few software companies, including Mirantis Inc. and Red Hat Inc. (NYSE: RHT), even have business models based entirely around the open source premise. "Open source does not mean free," points out Sandra Rivera, the general manager of network platforms for semiconductor giant Intel Corp. (Nasdaq: INTC), which also says it backs open source.

The trick is in moving "up the stack," in industry jargon. That essentially means deriving revenues from providing support and services around open source technology. Red Hat has demonstrated this is achievable. Its sales were up 17.5% last year, to about $2.4 billion, and its net profit soared 27.3%, to more than $250 million. Its share price has risen 14% in the last 12 months. 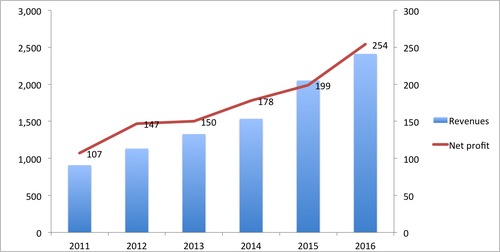 But companies that have thrived by selling proprietary technology have much to lose from this transition. And not all accept that open source will inevitably run riot. "I find it hard to see that very large portions of software in the telco industry will be open sourced because, ultimately, if there are no vendors then every operator has to build its own system," said Ulf Ewaldsson, the head of digital services for Sweden's Ericsson AB (Nasdaq: ERIC), during a recent conversation with Light Reading. "There is a tendency to think about doing that, but for the majority it is not close to being an option." (See Ericsson's Ewaldsson Takes Aim at Telco 'Conservatism'.)

Ewaldsson's comments have to be taken very seriously for three reasons: first, he is a senior executive at the world's biggest network equipment vendor after China's Huawei; second, he evidently regards open source as an existential threat; and third, he implies that open source would shift the balance of network power from the world's largest vendors to its leading operators, and leave smaller telcos in limbo.

Chief among those leading operators is US giant AT&T Inc. (NYSE: T). Just as Ericsson straddles the global equipment market, so AT&T looks all-powerful across much of the service provider landscape. Having already pioneered the rollout of software and virtualization technologies, AT&T has more recently become the biggest cheerleader for open source in the telecom industry.

ECOMP, a software platform it developed in-house, was this year released into the open source community under the auspices of the Linux Foundation. It is now a part of ONAP, an open source group that features several other big-name operators, including ECOMP partners Orange (NYSE: FTE) and BCE Inc. (Bell Canada) (NYSE/Toronto: BCE) as well as China's three national players. (See ONAP Makes Splashy ONS Debut.)

Next page: Operators as vendors

Joe Stanganelli 6/27/2017 | 11:32:57 AM
Re: Not how it works @Mitch: Certainly. ECOMP, for starters, immediately comes to mind. The big guys recognize that if they want to remain relevant, they not only have to take part in but also take a leadership role in these open-source and open-standards initiatives.
Reply | Post Message | MESSAGES LIST | START A BOARD

vaibhav75_2000 6/11/2017 | 9:33:38 AM
OpenSource - Cannot be ignored for Long A very nice Article by Morris. Excellent Compliation of key events  & developments in the space. One thing seems to be clear, that OpenSource Cannot be ignored for too long, will help to keep en eye and remain invested in its development.
Reply | Post Message | MESSAGES LIST | START A BOARD

Lite Rock 6/5/2017 | 4:46:01 AM
Appetite for Disruption Great write up Iain!  This story has really just started and you can see that some old habits die hard. while no one wants to be the next "Blockbuster Video" it is inevitable that there will be carnage. Many companies like Cisco who have made the most of the A La Carte pricing are going to have to figure out PDQ how to reinvent themslves.

We can make some educated guesses, but it is not clear yet how the public(Open Source) and private aliances will play out for the telecom market.  There is a whole lot of strategery going on between the Telcos and the Vendors because as you rightly point out Reliability means more in the Commercial Telco environment than it does to the individual retail consumer environment.

The telco market will continue to consolidate both on the vendor and on the provider side and the result will be as interesting as a season of "Survivor".

danielcawrey 6/4/2017 | 11:01:59 PM
Re: Evil Greedy Equipment Makers Modern technology companies like Google and Facebook have learned first hand the problems that come with vendor lock in. I feel like early on those organizations got fed up with vendors. This is why they developed a lot of things in house and then open sourced them.
Reply | Post Message | MESSAGES LIST | START A BOARD

Jim_Jackson 5/27/2017 | 1:02:59 AM
Re: Evil Greedy Equipment Makers For the most part I agree, but just for a reference point the monopoly equipment (AT&T/Western Electric Nortel) that was closed source was designed for a 30-40 year lifetime and to operate without ait conditioning for weeks at a time if at all.

Now the technology cycle is maybe 5 years at best before its eclipsed with something new.  The only way companies seem to be able to keep up is to buy the startups.
Reply | Post Message | MESSAGES LIST | START A BOARD

reimagine_networking 5/26/2017 | 2:28:30 PM
Evil Greedy Equipment Makers The evil greedy equipment vendors...Nortel, Alcatel, Lucent, Genband, Mitel, Avaya and soon Ericcson and Nokia who locked all their customers in vendor jail have paid the ultimate sacrifice of commercial failure and end of life or irrelevence. Open source has been a part of communications products for decades, and continues to increase no matter who provides a working solution. The question isn't commercial vs. open source. The proper questions are about scale, efficiency and innovative services. A 1000 carriers plus a 1000 network equipment makers plus a 1000 standards verses a venture back startup -- my money is on the startup. The next generation of ifrastructure will come from companies you haven't met yet.
Reply | Post Message | MESSAGES LIST | START A BOARD

My understanding is that he makes total sense, if you look at the trend, all big telcos are trying to pick up open source SW and building their own version of SW. So exactly what you think shall not happen is happening, i.e raw open source is being picked up telcos are investing heavily in r&d to make it fit for purpose.  That is where Ulf makes a point that it can not scale and Telco vendors will be needed. To give you an example, have a look at the operators building their own openstack version..