Not Business as Usual: Open Source Changes IT Operations

Organizations that adopt open source find that the old ways of doing IT operations just don't work anymore. They need to make changes.

Open source drives IT shops to be more focused on creativity and providing added value to the business. Additionally, open source changes IT's vendor relationships, as well as how organizations go about recruiting talent. (See Growing Pains: For Organizations Moving to Open Source, It's a Tough Transition.)

Cloud applications -- which are largely based on open source -- encourage productivity and lean operations, Cantrell says. Operational teams looking to build applications previously needed to stand up their own database servers running company data; now they just need the APIs for the database in the cloud. "They don't have to do all the work that they had to do before," Cantrell says. And by using applications and data already available in the cloud, teams become more agile. 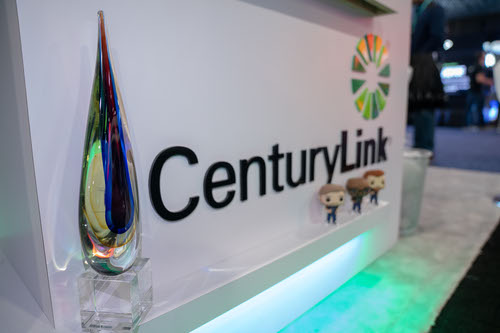 In a telco, open source goes hand-in-hand with the emerging paradigm of network disaggregation, with hardware, operating systems, and network functions coming from different sources, says Travis Ewert, who was CenturyLink Inc. (NYSE: CTL) vice president, software defined services and big data, when we interviewed him in mid-2018. He's since left the company and is currently chief operating officer for LightRiver Technologies Inc. , a networking integrator.

Amadeus, which provides reservations services and scheduling for airline and hospitality companies, has adopted an open source model for internal development. "We call it 'inner source,'" says Dietmar Fauser, Amadeus VP of core platforms and middleware. The company uses open source development methodologies, with code repositories on git that are open to anyone at Amadeus, whose staff can comment and contribute to what developers are doing.

Changing the vendor relationship
Traditional vendors drive the technology roadmap themselves, but with open source, the customer can drive the roadmap, Ewert says. Vendors transition away from black box proprietary solutions and instead act more like integrators, bringing together open source and other components into a complete solution. "Someone like a Red Hat does that very well," Ewert says. (See How Open Source Has Turned the Software Industry Upside-Down.)

"Open source gives an enterprise a lot more options in terms of support," says Kirby Files, Masergy Communications Inc. software architect. "Instead of buying an Oracle database and getting Oracle support, you can choose Kafka and choose among multiple organizations to provide the best support."

Additionally, open source changes the way an organization approaches acquisition. With proprietary software, the organization puts out an RFP, collects candidates, evaluates trials and has teams come in to demo the products. With open source, the enterprise turns to communities of support, and tries to find projects with good documentation, and cloud-native scaling, Files says.

Open source reduces vendor leverage over customers, Files says. "It changes the game theory calculations. It reduces some of the leverage that predatory vendors have. If you look at Oracle -- oh, did I just call them predatory? -- they don't have the leverage that they used to have, because people do have a lot of choices now, from NoSQL databases to lightweight MySQL databases to full-on, clustered replacements like PostreSQL. They can't put you over the barrel to quite the same degree as they could before."

Telecom vendors are still catching up with the open source, cooperative ethos, Files says. NETCONF, for example, has been in development for about ten years, but vendors are still slow to adopt that standard, as well as OpenFlow and others. "They are still trying to avoid opening up their hardware platforms to open source software that might benefit their competitors."

Overall, open source makes the vendor-customer relationship more friendly, Files says. "I would suspect open source makes us less hostile towards vendors. The vendors we work with have a stake in making the software we work on better, and are trying to do so. We can either jump in and help them out or shout at them that they're doing a bad job. We generally choose the former. Working with providers like Oracle, all you're left with is the shouting."

Focusing IT on value
"On the business side of the question, [open source] allows you to focus your scarce resources higher in the stack where the valuable and differentiating bits are," says Justin Sheperd, Rackspace distinguished architect and CTO of its OpenStack business, in an email. "This allows you to draw a line in the technology stack, and only invest in the things above the line. For everything below the line, you just consume commodity building [blocks made up of] open source software components." Open source organizations can focus more of their resources on differentiating the company.

Next page: A calculated investment