Some of the world's biggest telecom operators are preparing for the first release of ONAP later this month amid growing doubts about the usability of the code that will feature in the open source platform.

ONAP, which stands for Open Network Automation Platform, is one of several open source initiatives that have taken root in the industry as operators try to overcome the interoperability challenges posed by new software and virtualization technologies.

Backed heavily by US telco giant AT&T Inc. (NYSE: T), ONAP is broadly intended to simplify the management and orchestration of network functions and services, giving operators more control over the virtualized networks they are building. 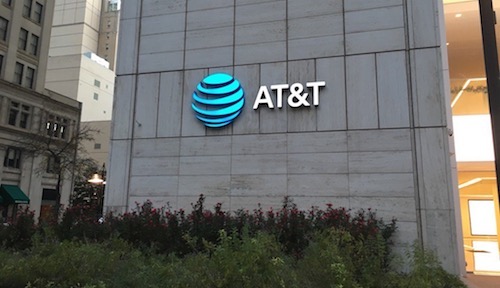 AT&T, whose Dallas headquarters are pictured above, is seen as the dominant force in ONAP.

The initiative took shape earlier this year when ECOMP and OPEN-O, two separate open source projects, merged under the supervision of the Linux Foundation open source group, which had previously hosted both of them. It has now drawn support from a number of the world's biggest telecom operators and vendors. (See MANO Marriage: ECOMP, OPEN-O Converge as ONAP and Big Names Board the ONAP Express.)

Yet ONAP is not universally popular. It faces competition from a rival initiative called Open Source MANO (OSM), which the European Telecommunications Standards Institute (ETSI) supports. And while AT&T is regarded as the driving force behind ONAP, OSM has a similarly high-profile telco sponsor in the form of Spain's Telefónica. (See NFV's Major Movements.)

ONAP's critics, moreover, say the first iteration of the software platform -- due for release on November 16 -- will not be usable in production networks. A source with knowledge of the project reckons ONAP will lack the stability it needs for use in production networks until the third or fourth release. He would not advise operators to deploy the first release, codenamed Amsterdam.

Arash Ashouriha, the deputy chief technology officer of Deutsche Telekom AG (NYSE: DT), which is not an ONAP member, has also cast aspersions on the initiative. "A big proportion of the industry has converged toward ONAP but there is still a long way to go because the full industry is not part of it and the first release is not fully usable," said Ashouriha during a keynote presentation at the SDN NFV World Congress in October. (See DT: Brutal Automation Is Only Way to Succeed.)

Such teething troubles are nothing unusual in the world of software. Open source projects usually take some time to mature and become sufficiently refined. And as a full service management platform, ONAP is possibly the most ambitious open source project that telcos have ever had to confront.

But despite the warnings about ONAP's immaturity, BCE Inc. (Bell Canada) (NYSE/Toronto: BCE) is one example of a major service provider now gearing up for the Amsterdam version. "As a member of ONAP, we look forward to working with our international partners to begin the implementation of Version 1 later this year," said a spokesperson for the North American telco in comments emailed to Light Reading. "We also look forward to the integration of the ONAP Operations Manager expected in the spring."

That Operations Manager should support the deployment, management and operation of the ONAP platform and its component parts. It could feature in Release 2, codenamed Beijing and set to appear on May 24 next year.

In emailed remarks, a spokesperson for Orange told Light Reading that: "Orange is following the integration phase and we will be active in the evaluation of the first release in our ONAP Open Lab."

Equinix, which provides colocation services, said: "While we have no immediate plans to use the upcoming first release in production, our initial goals are to understand how the solution works at the technical level in a lab environment, so we could determine if there are any applications of ONAP for NFV [network functions virtualization] services provided by Equinix, and to contribute to the future releases of ONAP by working with the community members on submitting detailed use case specifications for development."

Vodafone Group plc (NYSE: VOD) declined to say anything about the Amsterdam release before seeing the official announcement from ONAP. Other telcos did not return comments.

Carol Wilson 11/6/2017 | 1:30:29 PM
Lots of conflicting perspectives What I have heard most often from network operators not yet involved with ONAP is that many parts of it will be useful - the focus on a common means of onboarding VNFs - but that any use of ONAP must be adapted to a specific carrier's existing operations and legacy networks. Because much of ONAP's software grew up within AT&T, it is best-suited for the AT&T network.

I'm not sure it's fair this early in the game to criticize a relatively new group for being dominated by the company that created much of the original software. But I think there is fair comment to be made around what happens going forward and if that changes, as AT&T executives have promised that it will.