Facebook's TIP Expands Its Influence, Except in the US

TIP is living up to its "infrastructure" moniker as well, with Facebook leading the way, partnering with operators to build fiber optic infrastructure in Uganda and explore ways to better serve rugged rural areas of Peru. Those projects then become field proving grounds for initiatives such as TIP's OpenCellular and mmWave Networks Project Group, as well as Facebook's high-definition population density mapping, said Jay Parikh, head of engineering and infrastructure for Facebook, in his keynote yesterday. 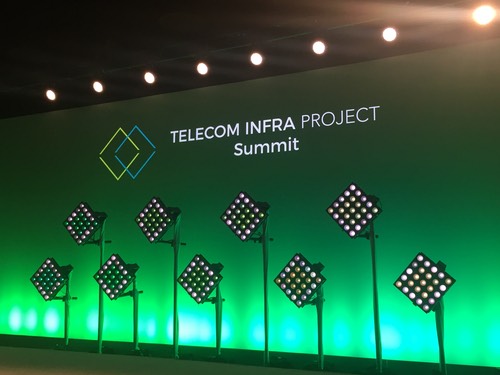 TIP is even getting into nitty-gritty issues such as powering remote wireless facilities, a thorny issue in undeveloped areas where there is no commercial power grid, Parikh said. He told the Summit crowd that the Facebook team has developed a power solution for OpenCellular that features an open hardware platform, open software specs and the ability for multiple types of power - solar, battery or utility-provided, in addition to remote manageability and configurability.

In a presentation that closed out the first day's program, Tareq Amin, senior vice president, Reliance Jio Infocomm, said he is hoping to get TIP involved in what he called Open FCAPS, which would bring the engineering consortia right into the operations heart of the telecom industry, where many open source groups are already focused. FCAPS stands for Fault, Configuration, Accounting, Performance and Security, and it is the model set up for network and service management by the ITU-T.

There's one place where TIP is not making headway, however: in attracting US carriers to its fold.

BCE Inc. (Bell Canada) (NYSE/Toronto: BCE) is the only North American telecom carrier among its 500 members. Equinix is a member; so is CableLabs , which yesterday was announced as a new TIP Community Labs site, along with Deutsche Telekom AG (NYSE: DT), which is testing Facebook's Terragraph mmWave system in Berlin, and Bharti Airtel Ltd. (Mumbai: BHARTIARTL), which opened a lab in India. (See CableLabs Opens New TIP Lab.)

European carriers dominate TIP at present. BT , Vodafone Group plc (NYSE: VOD) and Telefónica joined the board of directors this fall, and BT, Orange (NYSE: FTE) and DT have all opened or will soon open TEACs to work with startups. Orange and Vodafone are among the growing group of operators testing Facebook's Voyager open optical platform that is now part of TIP's Open Optical Packet Transport group.

For the immediate future, Parikh said, TIP is firmly focused on accelerating deployments and scalability on all fronts, which is why Facebook is willing to dig in and get its hands dirty putting fiber optical cable in Uganda -- where the job proved harder than expected -- and is working with Telefónica in Peru to use its data mapping to identify population density to better direct deployments.

"We really need to get stuff into production, we need to learn from this, we need to get data, we need to get feedback, and we need to iterate faster and faster by trialing this stuff out," Parikh said. "And we need to figure out what deployment, business, operational models look like. It is still very early, this industry does not move lightning-fast, but we are going to try to change that with what we are doing in TIP."

The Facebook executive also stressed his company's experience in things like this, pointing to what it is doing with the Open Compute Project . Tom Anschutz of AT&T Inc. (NYSE: T) will be on hand today to update that group's activity and the Telco group within OCP. (For a possible preview, see this video interview from October.)

For Facebook, Parikh stressed, the goal remains universal connectivity -- getting the Internet, and by extension Facebook, to the places it doesn't reach now. Thus the focus on wireless technology, and then scaling network backbones and backhaul to deliver more capacity and new services faster and more efficiently.

UdyRegan 7/31/2018 | 12:17:54 AM
Re: Machine learning For reasons unknown, my mind is failing to come up with reasons that Facebook would want to have such artificial intelligence technology for its social media network. I mean as it is, we don't really need bots to monitor conversations at all - the whole system is a user-run network isn't it? I mean of course it would be cool to be the company that founded AI, but how would it actually impact its main business?
Reply | Post Message | MESSAGES LIST | START A BOARD

Carol Wilson 11/10/2017 | 10:52:39 AM
Re: Start under the radar then take the word by storm. Interesting comparison. Of course, the revisionist history version of Google Fiber is that they really intended to threaten US operators into building gigabit access networks, which they are now doing so SUCCESS!