IBM's $34 billion acquisition of Red Hat is the technology industry's version of the movie Argo.

The 2012 film is based on a real-life 1979 incident, where a CIA agent went undercover as a Hollywood producer, scouting Iran as a possible location for a truly terrible science fiction flick.

The real plan was to get six American prisoners out of Iran.

"There are only bad options. It's about finding the best one," says the agent, played by Ben Affleck.

IBM Corp. (NYSE: IBM) is out of good options. Buying Red Hat Inc. (NYSE: RHT) may be the best bad idea it has. (See IBM Buying Red Hat for $34B, Turning Cloud Upside Down.)

The more we dig into IBM's $34 billion Red Hat acquisition, the worse it seems. But, as with that Iranian rescue, the biggest mistake of all would be assuming the plan will fail. 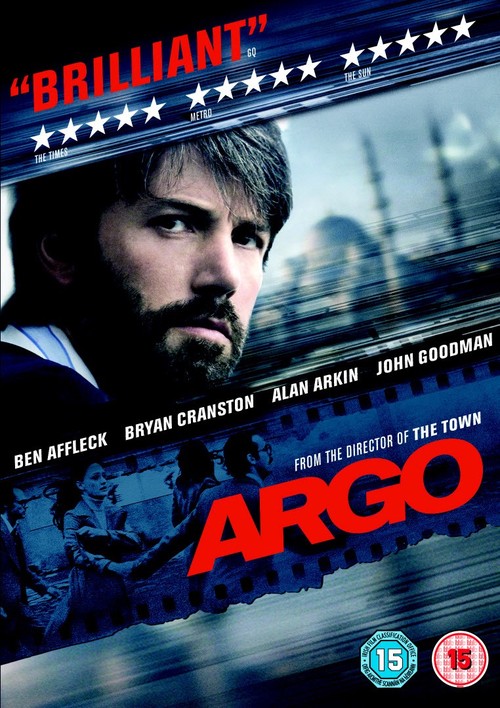 We've outlined the weaknesses of the Red Hat acquisition in several articles.

The deal just doesn't make sense on the fundamentals. IBM is paying an enormous premium for the open source company. Why? (See Is IBM Overpaying for Red Hat?)

A bigger company will often buy a smaller one to fill a hole in the bigger company's product or service portfolio. But there are no obvious holes in IBM's strategy that Red Hat fulfills. IBM doesn't need Red Hat to get into the open source market; IBM was an early Linux adopter itself and has a history of contributing to open source projects.

Another reason why big companies do acquisitions is to extend reach -- in effect, buying the other company's customers. But Red Hat is tiny compared with IBM; Red Hat doesn't add much to IBM's revenues. Red Hat's revenue in its last fiscal year was $2.9 billion, compared with IBM's $79.1 billion.

IBM's stated reason for the deal is to drive more heavily into enterprise hybrid cloud and multi-cloud, distinguishing itself from public cloud providers, primarily Amazon, Microsoft and Google. IBM was previously competing with those companies unsuccessfully.

IBM has stated that argument repeatedly since it announced the Red Hat deal Sunday. But, once again, it's puzzling why IBM needs Red Hat to pursue that strategy -- indeed, that's been IBM's strategy since well before the Red Hat deal. (See IBM's Red Hat Acquisition: 'Management Has Run Out of Steam'.)

There is absolutely no quantitative reason why the Red Hat acquisition does IBM any good. Much less $34 billion worth of reasons.

But the keyword there is "quantitative."

Don't count IBM out yet.

What Red Hat brings to IBM is culture. IBM has a longstanding strategic open source direction. But Red Hat isn't just involved in open source -- it's totally committed. Red Hat was founded as an open source company back in 1993, when the common wisdom was that open source was unfit for business. Red Hat has the potential to completely transform IBM's business model.

Another quality Red Hat brings to IBM is Red Hat's relationship with its customers. IBM sales are top-down driven, engaging with the CEO, CIO, CTO and other C-level executives. Red Hat engages with the customers from the bottom-up; they deal with engineers. It's beneficial all around for a vendor to engage with its customers on all levels of the company, not limited to the C-suite or the front lines, but up and down the org chart.

All of this can work -- but only if IBM allows Red Hat to go its own way. I've talked with ex-employees of companies that IBM has acquired over the years; they talk about IBM strangling them in red tape and bureaucracy until the situation grew so unbearable that they had to leave. That's the outcome IBM has to avoid.

To that end, another element of the IBM-Red Hat deal makes sense: IBM's promise to keep Red Hat independent. We wrote about that earlier this week. (See IBM: Don't Panic! We Won't Mess With Red Hat.)

And my friend Steven J. Vaughan-Nichols has more.

The pledge of independence is another head-scratcher, even appearing downright stupid at first. Why acquire Red Hat only to leave it alone? Why not just partner, or invest, or both?

The answer: IBM wants to absorb Red Hat slowly, and do it without killing the open source company's culture. It wants the transplant to take, without IBM rejecting the donation and killing both organizations.

But there is precedent for transformation succeeding. IBM itself is one example; it was on the verge of failure 25 years ago, but instead transformed itself from a failed technology product company to a successful provider of technology-enabled solutions to business problems. A decade ago, Microsoft was a failing vendor of obsolete PC operating systems; now it's a thriving cloud provider. And Amazon was busy selling books and athletic socks online in the early 2000s, when it decided to provide third-party access to its servers, and created the cloud business as we know it today.

IBM's Red Hat acquisition is a bold plan -- even a crazy one -- but with IBM losing ground in the cloud and its revenues stagnating, it could be just crazy enough to work.

mcrobertg7 9/19/2019 | 7:33:45 AM
re IDC anticipates that enterprises should invest in their adventures to the cloud, along with innovations based on it. An enormous and expanding segment of this investment will be on multicloud conditions that empower them to move applications, information and workloads crosswise over various environments. Sources to read on the topic: https://www.faithwriters.com/member-profile.php?id=71178 and http://forum.yealink.com/forum/member.php?action=profile&uid=75405.
Reply | Post Message | MESSAGES LIST | START A BOARD

I think Mitch has hit the mark on this - it clearly is risky, but it may junst "finesse" IBM into the role it sees itself as playing.  Without question it is a clear statement about what it wants to achieve; now the key will be execution - as it always is!

I hope it succeeds, as well as Ginny shows her skills!
Reply | Post Message | MESSAGES LIST | START A BOARD

bosco_pcs 10/31/2018 | 1:27:33 PM
One Step Further As I have argued in another thread on LR, I think this is CEO Rometty's first independent act away from Palmisano's buyback + dividend strategy. This is more in the vein of Gerstner's Lotus acquisition. Granted that it is 10x larger (not including PV of the dollar).

But Gerstner didn't finish the job when he passed the torch to Palmisano. The latter went back to the old IBM insular way.

While someone responded to my previous post with very good financial argument - too bad he deleted his post later on - this is not just about financial engineering. This indeed may change culture. However, I'd go one step further: this could be a reverse Pac-man strategy, even if Rometty herself is a IBM lifer.

In my career, I have crossed paths with some IBMers. Some were very good; some not so much. It was hard to get hold of the very good ones though. On the other hand, Red Hat's engineers are some of the smartest in the area, even if they don't make too much noise like their SV's counterparts. While Rometty has promised Red Hat's independence, the real hope is the culture shock can also bust up the silos. IBM has a lot of technologies like blockchain. Tons of patents. It just fails to capitalize on them, you have to ask why. Not when they waste time and efforts in financial engineering
Reply | Post Message | MESSAGES LIST | START A BOARD
EDUCATIONAL RESOURCES
sponsor supplied content
800G Client Optics in the Data Center
Next-generation broadband roadmap
The importance of environmental sustainability in telecom service providers strategy
Broadband Case Study Success Stories: The power of high-speed broadband to benefit consumers and improve society
The Economic Benefits of Juniper Apstra and CN2 in a Modern 5G Network
Location Data in the Digital Transformation Era
RAN Transformation for Dummies
White Paper: Security in Open RAN
Educational Resources Archive
FEATURED VIDEO
UPCOMING LIVE EVENTS
5G Transport & Networking Strategies
December 6, 2022, One Day Live Event
Cable Next-Gen Business Services Digital Symposium
December 6, 2022, Digital Symposium
All Upcoming Live Events
UPCOMING WEBINARS
December 6, 2022 Cable Next-Gen Business Services Digital Symposium
December 7, 2022 Overcoming 5G standalone delays to deliver new revenue
December 7, 2022 The Evolution of the Multi-Service Network Edge
December 12, 2022 5G Leads the Stride: An Update on Huawei Wireless Product & Solutions and 5G Business Cases
December 13, 2022 How to sell cyber security to your subscribers
December 13, 2022 Pluggable Coherent Beyond the DCI Universe
December 13, 2022 Simplify your Multicloud Networking to Improve Business Agility and Reduce TCO
December 15, 2022 SCTE® LiveLearning for Professionals Webinar Series: Making Cable Smarter With AI, ML, Deep Learning and Automation
Webinar Archive
PARTNER PERSPECTIVES - content from our sponsors
Taking The Best Path To Post-Quantum Security By Norma
Assurance and Monetization By Yariv Waits, Product Lead Data Analytics, RADCOM
Connecting Africa With Ultra-Automation And Autonomous Networks By Kerry Doyle
ZainTech Signs MoU With Huawei to Introduce New Digital Solutions and Cloud Services to Various Industries By Huawei
U-Joy Cities: China Unicom Guangdong and Huawei Jointly Improves 5G Voice Experience By Huawei
All Partner Perspectives
GUEST PERSPECTIVES - curated contributions
Why cybersecurity in rural broadband buildout strategies is critical By Terry Young, Director, Service Provider Marketing, A10 Networks
Private 5G: A game-changer for service providers By
All Guest Perspectives
HOME
Sign In
SEARCH
CLOSE
MORE
CLOSE