DocumentDB is "a fast, scalable, highly available, and fully managed document database service that supports MongoDB workloads," Amazon Web Services Inc. says in a statement announcing DocumentDB this week. Developers can use MongoDB application code, drivers and tools for workloads on Amazon DocumentDB "and enjoy improved performance, scalability and availability without having to worry about managing the underlying infrastructure," AWS says. 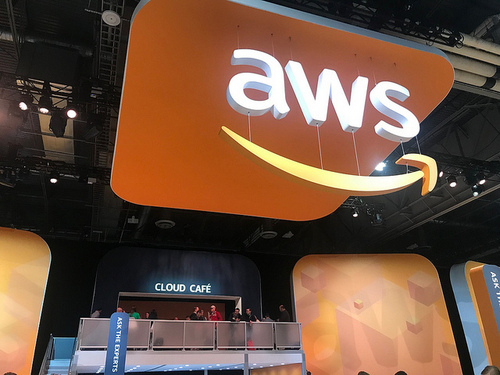 DocumentDB is designed to provide performance and availability needed for MongoDB workloads at scale, AWS says. Organizations use MongoDB as a document database for semi-structured data, but often only take advantage of a fraction of the capabilities of its APIs, and find it challenging to scale to multiple terabytes and hundreds of thousands of reads and writes per second because of the complexity of setting up and managing MongoDB clusters, AWS says.

DocumentDB users include Capital One, Dow Jones and The Washington Post.

MongoDB switched to a new licensing system in October, called the SSPL, stipulating that anyone offering MongoDB as a cloud service must release code written to enable that managed service as an open source project on its own. DocumentDB works with a version of MongoDB released before that license went into effect.

MongoDB labeled the AWS services as "imitation." In an email to Light Reading, a spokesperson said, "Our testing so far shows that DocumentDB has the same shortcomings in functionality as similar imitation products that have been on the market for years, and those have not slowed the growth of MongoDB Atlas," the cloud implementation of MongoDB.

"AWS's offering isn't just lagging behind MongoDB by two years, it's an incomplete imitation of MongoDB 3.6 and earlier," the MongoDB spokesperson said. It lacks recent MongoDB features such as multi-document ACID transactions, change streams and global clusters and older capabilities as well.

"This announcement by AWS is a validation of MongoDB's popularity," says the spokesperson (which is exactly what smaller companies always say when big companies come onto their turf -- one picture's the smaller company bravely suppressing tears and a quivering chin).

The spokesperson also noted the AWS service's name -- "Amazon DocumentDB (with MongoDB compatibility)," and said it is "misleading" to customers. The AWS service "provides far less functionality and value, and could mislead customers into believing they are getting all the value of the real MongoDB while locking them into one proprietary ecosystem at the same time," he said.

People on the open source communities of reddit.com/r/opensource and Hacker News said AWS is within its rights for doing what it's done, but they wish AWS was a better open source citizen.

"Amazon has a habit of taking open source code and not contributing anything back," says one person.

"[MongoDB is] kind of notorious for reliability and consistency issues. In this case, I think Amazon has a point. Now, they could have made this alternative FOSS, and still provided a managed version, but I do see their point," says another.