What, no Europeans? TIM goes Asian, US in first open RAN move

Telecom Italia (TIM) was a notable absentee in January when Europe's other big telecom incumbents called on regional authorities to fund local development of open RAN, a fledgling technology that arouses passion in technology executives. But two weeks after Deutsche Telekom, Orange, Telefónica and Vodafone had signed the memorandum of understanding (MoU), the Italian operator added its own name to the paper.

Perhaps the company Vespa had broken down at the time of the original meeting. Or maybe TIM was just being fashionably late to the party. Either way, with its signature, TIM was effectively saying it would like to build an open RAN network using local partners. And yet its first two are American and Taiwanese. 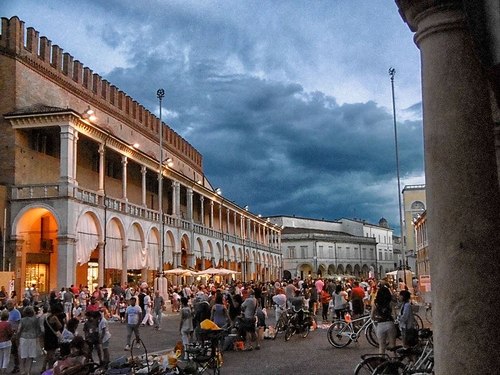 JMA Wireless, the American one, is to provide the baseband software, while MTI, the Taiwanese partner, contributes the radio units. In a normal set-up, TIM would take the baseband and radio components from the same vendor to avoid a clash of incompatible technologies. Open RAN, with its new interfaces, is intended to fix that problem and boost choice.

Without it, operators fret about overreliance on Ericsson and Nokia, especially if China's Huawei, the only big alternative, is either driven out of Europe by authorities or rendered uncompetitive by US sanctions. The trouble is that open RAN's cheerleaders today are mainly Asian and American. It's either a Nordic duopoly or a non-European melange.

Or is it? Local options do exist. Benetel, an Irish manufacturer of radio units, is currently working on high-end 5G equipment. Accelleran, with headquarters in Belgium, is active on the baseband side. TIM evidently felt these companies and any other European options were not up to the job. But if operators are not prepared to back local firms, at least in open RAN trials, then why should governments?

Operators certainly insist they want regional alternatives to their traditional suppliers. "Of course, you have Ericsson and Nokia, but in addition we want a number of smaller companies to be able to develop in Europe," said Arnaud Vamparys, Orange's senior vice president of radio networks, when discussing the MoU.

Yet not a single operator has flagged so much as an open RAN trial that involves a European vendor. Nor do the big service providers appear to have injected any funding into local players through their venture capital arms. Spain's Telefónica has come closest with a previous investment in Altiostar. Like Acceleran and JMA, that company is active on the software side of open RAN. But it is headquartered in the US and majority owned by Japan's Rakuten.

JMA at least has an R&D center in Italy, and its selection by Telecom Italia sounds like an ultimatum to the European tech sector. "We think that the transition to open RAN solutions is inevitable and in the near future other European vendors will also adopt open RAN standards if they want to remain competitive," said the operator by email in response to questions.

Other than the identity of TIM's partners, relatively little is known about the deployment. It is focused on Faenza, a city of about 60,000 residents not far from Bologna, and uses 4G technology. Support for 5G is promised at a later stage. A service is already live, according to the operator, although it appears to be limited. "We activated the first macro site," TIM told Light Reading. "A few more sites will be progressively activated by the end of 2021 to assess the maturity of the solutions."

While those sites are not "greenfield" ones, TIM insists that a widespread substitution of JMA and MTI for existing vendors is not its main intention. "The purpose of this activity in 2021 is not a vendor replacement," the operator said. "We are locally replacing the existing 4G network and providing full interoperability with existing neighboring cells in order to cover all the Faenza area with 4G and 5G."

Even so, the deployment seems partly designed to exert pressure on TIM's current vendors. In the future, introducing new ones would be harder if the old guard were not persuaded to back open RAN as well. "TIM is working with the existing vendors in the area to progressively evolve toward open RAN," it said.

TIM appears to have relied on all three equipment giants  Ericsson, Huawei and Nokia  for its mobile networks in the past. Of the trio, Nokia has been the most receptive to open RAN and Huawei the most resistant. Regardless, the backlash against it is a bigger problem for the Chinese firm.

With JMA and MTI, TIM says it can brandish an example of full compliance with specifications drawn up by the O-RAN Alliance, the main industry body. That cannot be taken for granted. Rakuten, the only operator in a developed market to boast an open RAN network, has not based its own 4G rollout on O-RAN Alliance specifications. But if companies bypass these in the interests of expediency, no one can have confidence that open RAN will mean full interoperability regardless of which suppliers are used.

Operators are drawn to open RAN mainly because they believe it will boost competition and lower prices. But unless all the open RAN components come from the same supplier (which would somewhat defeat the purpose), it will entail managing several deals instead of just one provider. If telcos expected that to be easy, they would not be telling their own customers that all-in-one bundles of fixed, mobile and TV services are so much more convenient than standalone offers.

Happily enough, open RAN hardware and software companies are teaming up to minimize the hassle. It is unclear if JMA and MTI have this kind of relationship, but Mavenir, another software vendor, and Xilinx, a US chipmaker, recently partnered on an advanced 5G product. Mavenir insists an operator could easily swap it for another O-RAN-compliant software vendor, but the whole arrangement sounds more like a step toward integration than a shining example of open RAN.

Whatever the attractions, today's update marks out TIM as one of the few mainstream operators that is actually doing something. Despite the surplus of industry chatter about open RAN, there has been little sign of action by companies not classed as greenfield operators. Sporting US and Taiwanese colors for now, TIM is tentatively walking the walk.