Just two years ago, the readiness of open RAN for commercial deployment was a question for the engineers and science boffins of the telecom world  not something a CEO would be asked about during an investor briefing.

The technology was originally conceived to fix some of the problematic interfaces that join up different parts of a radio access network. The ones in mainstream use tie operators to one vendor's system. With open RAN alternatives, different vendors could be combined at the same site.

It sounds like a technologist's way to spur competition and cut costs, but a US-driven backlash against Huawei has made open RAN a business priority for telco management. 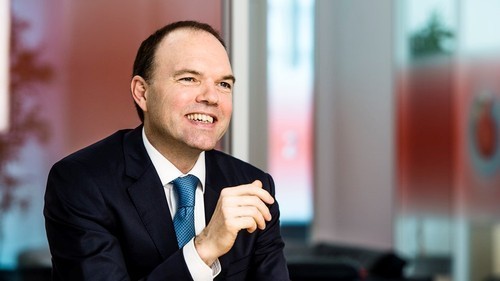 The UK has already moved to ban Huawei from its 5G market and other European countries are expected to follow with measures against the Chinese vendor, deemed a security threat by some government officials. Operators need alternatives to avoid dependency on Nordic firms Ericsson and Nokia, Huawei's only significant rivals.

Vodafone, perhaps the most heavily reliant of Europe's major telcos on Huawei, has now given itself until next year to have open RAN deployed outside towns and cities. By 2022, it expects to have the technology rolled out in much busier urban areas, too.

Ambitious timescale
The plans, which demand a far more ambitious timescale than some experts think possible, were touched on by Vodafone CEO Nick Read as he fielded questions about Huawei during a call with analysts last week.

"We think we'll have a rural open RAN ready for 2021 and we are looking to an urban, which is a more complex execution, in 2022, but we need government and we need operators to scale this to improve functionality and efficiency going forward," he said.

His update will fuel speculation that Vodafone is determined to avoid replacing Huawei in the UK with either Ericsson or Nokia.

It is already heavily dependent on Ericsson, which provides about two thirds of its UK radio access network products. Vodafone has also been phasing out Nokia, which until last year supplied equipment for about 12% of its 18,000 UK sites. Neither company would be an ideal substitute for Huawei in one third of the network.

In the meantime, Vodafone has been carrying out open RAN trials in the UK and Ireland with Mavenir and Parallel Wireless, two US companies developing software that might eventually be deployed on general-purpose equipment. Trials have also been happening in Turkey and parts of Africa.

Last November, Vodafone revealed it had put all 150,000 of its European mobile sites up for tender as it looks for potential alternatives to the "big three" RAN vendors.

Yago Tenorio, Vodafone's head of network strategy, previously played down the likelihood open RAN would grab a significant share of business. But the outlook for the technology is bound to improve as Huawei's prospects worsen.

Perhaps inevitably, Vodafone's tender has been delayed by the coronavirus, according to Mavenir, which is bidding for a commercial role in the operator's networks.

Yet Vodafone has been encouraged by some of the recent trial activities, Tenorio told a Light Reading webinar in June.

"We have had trials taking commercial traffic for about a year now," he said. "It is a 2G, 3G and 4G trial and it is live and the KPIs [key performance indicators] are really good and in some cases better than the incumbent."

Fitness challenge
Like an out-of-shape athlete, open RAN might struggle to be fit enough in time for the main event, though.

One challenge is the development of a low-cost radio unit, priced at less than $1,000. In February, the Facebook-led Telecom Infra Project, which Tenorio chairs, took this on with a program called Evenstar, which then sought to produce an 1800MHz-compatible radio by the second half of 2020. 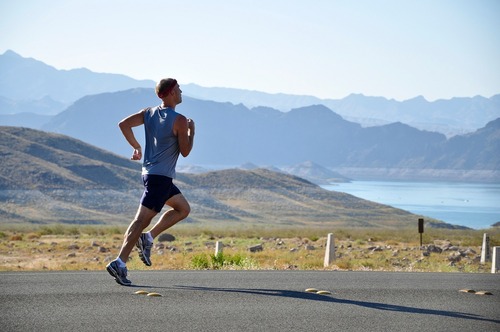 Will open RAN be fit enough for the main event?

The version due for trials in September still costs "slightly more than $1,000 with the bill of materials," said Tenorio in June. An "optimized" version is now scheduled to arrive in labs in the first quarter of next year. By the second quarter of 2021, Vodafone hopes to have a design that is also compatible with a lower frequency band.

But the high-performance "massive MIMO" radios needed in urban areas are proving much trickier, said Tenorio.

Unsurprisingly, then, Ericsson does not feel under pressure to launch its own open RAN products.

"We don't see the performance cost level being there on those interfaces yet," says Fredrik Jejdling, the head of networks for the Swedish vendor.

"Over time certain interfaces might be developed that meet the performance and cost ratio and, in that case, it will be an attractive complement to our high-performance energy efficient portfolio," he said. "We will need to play and will play in that segment."

Until then, one risk is that operators searching for 5G alternatives to Huawei pick mainstream technologies, shutting out open RAN until the next upgrade cycle years from now.

Another problem is the lack of support that some of the open RAN players provide for older 2G and 3G technologies.

Previously lauded by Tenorio for its open RAN expertise, South Korea's Samsung is one vendor that unfortunately lacks a portfolio of 2G and 3G products.

These ageing technologies cannot simply be overlooked because they remain critical for services including voice and roaming. And Vodafone appears to run some of its 2G and 4G services over the same "single RAN" platform.

Regardless of open RAN, it ideally wants to use the same vendor for its 4G and 5G systems to maximize performance. Because of single RAN, replacing Huawei's 4G kit could mean finding a new 2G supplier as well.

One intriguing possibility is some kind of partnership between Samsung and Parallel Wireless, an open RAN provider that has made a big deal about its support for 2G and 3G services.

In tandem, the two vendors could potentially meet all of Vodafone's current network needs. There might even be a way to use Samsung's mainstream 5G products in this set-up to avoid open RAN's performance lag in the most demanding conditions.

Open RAN is certainly not going to be the only or even the main alternative to the traditional kit provided by Ericsson and Nokia. In several European countries, where data from Strand Consult shows Vodafone relies solely on Huawei, the Nordic vendors are likely to be the main beneficiaries of a Huawei swap-out.

But geopolitics have created a much bigger opportunity for open RAN than engineers and science boffins could possibly have imagined back in 2018. If the technology can rise to the challenge, one of the world's biggest operators looks ready to invest.