Vodafone aims for massive MIMO in open RAN by March 2023

Vodafone could not have picked a better place for its "golden cluster" of open RAN sites than Torquay. The coastal Devonshire town clings to the leg of UK land that juts westward, its toes pointing at the Azores. Home to about 65,000 people, it is rich in Huawei equipment that must be replaced under government orders, and it has enough population density (especially during the tourist season) to need advanced gear. It was also the setting for Fawlty Towers, a 1970s sitcom about an irascible hotelier who loathed guests. If Vodafone's latest mobile tower equipment runs into problems, headline writers of a certain age and persuasion will be gleefully rubbing their hands.

The golden cluster of between 16 and 20 sites is the next stage in Vodafone's open RAN plan. Open RAN, for the uninitiated, refers to a set of interfaces that should (in theory) allow products from multiple suppliers to be combined at the same mobile site, where today everything would usually come from one vendor's system. Vodafone is a cheerleader, hoping it will inject competition into a market dominated by Ericsson, Huawei and Nokia and set to lose Huawei  in the UK's case  after a government ban. 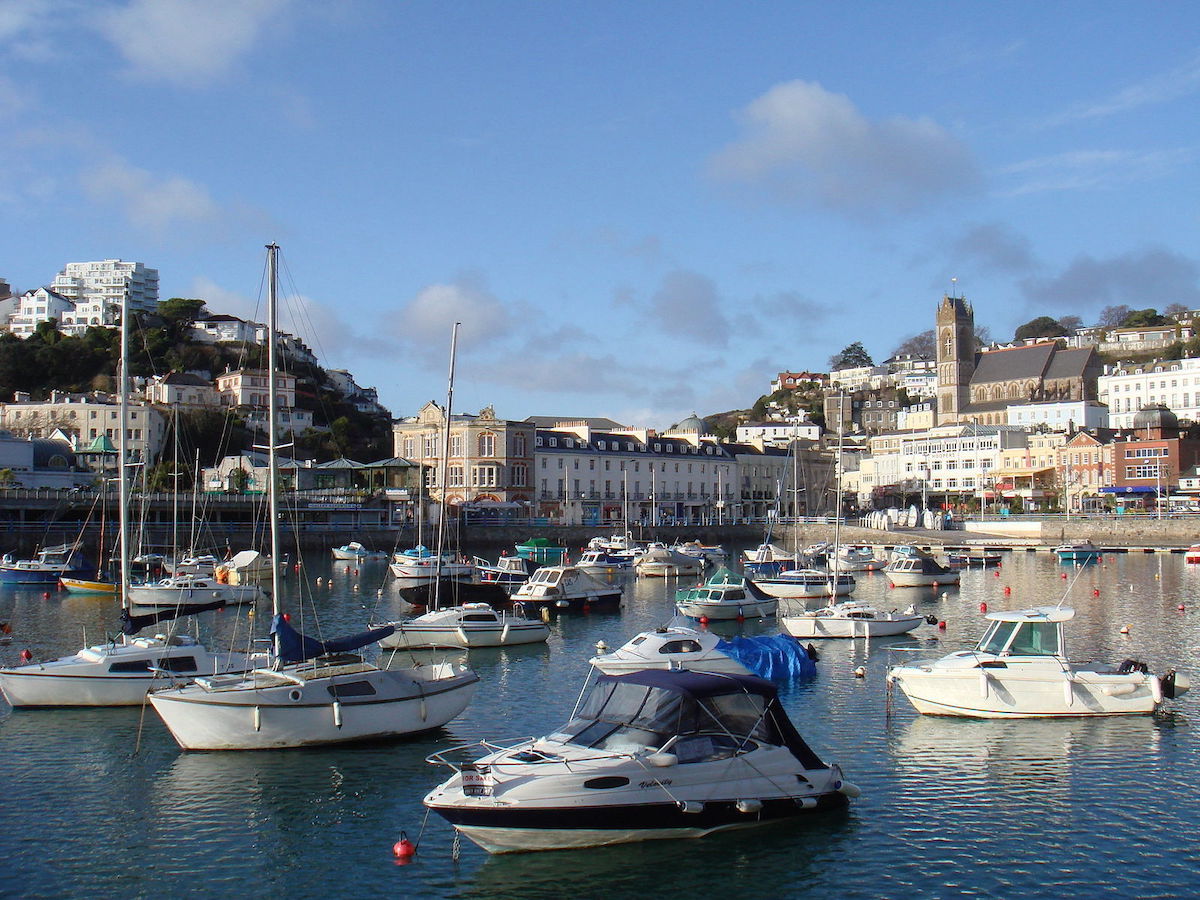 Vodafone is to build 16 to 20 open RAN sites in the seaside town of Torquay.
(Source: Laura H. via Creative Commons)

Vodafone's immediate aim is to use open RAN at about 2,500 sites in the west of the UK currently supplied by Huawei. It has already named a crew of suppliers that includes Samsung (for both radio units and software), NEC (more radio units), Dell (servers), Intel (the chips in those servers) and Wind River (software management platform). So far, however, only one site has publicly gone live. UK operators replacing Huawei with either Ericsson or Nokia have hundreds if not thousands in service.

That points to the initial complexity of open RAN rather than project delays, and Vodafone executives insist it is going as planned. Where Ericsson and Nokia ship pre-integrated products to their customers, Vodafone must assemble the different open RAN parts and ensure they work in harmony. Its next targets are to activate the golden cluster by the end of this year and integrate "third-party massive MIMO" by March 2023.

Massive MIMO is an advanced 5G technology that boosts the number of receivers and transmitters in the antenna for higher performance. Vodafone appears to be relying on two vendors  South Korea's Samsung and Japan's NEC. But the latter has not been identified as a RAN software supplier, which means NEC's massive MIMO units will have to synchronize with Samsung's baseband software. And while this is what open RAN is supposedly all about, interoperability in massive MIMO does not appear to be straightforward.

"Massive MIMO is extremely difficult because the specifications mean there are too many implementation options," said Tommi Uitto, Nokia's head of mobile, during an interview with Light Reading at this year's Mobile World Congress. "If two different suppliers have different options, it is difficult to marry one's baseband with another's active antenna."

Some Vodafone staff seem to regard Uitto's comments as evidence of big vendor intransigence. Nokia, after all, has something to lose if open RAN spurs competition. Yet the Finnish vendor is one of the few suppliers whose baseband software is already used with third-party radios commercially (it has done this with NTT DoCoMo in Japan). And Yago Tenorio, Vodafone's head of network architecture, does acknowledge that massive MIMO is not easy.

"Is it difficult to integrate massive MIMO with someone else's software? Yes, but we need that, and it's not impossible," he said at a Vodafone press briefing last week. From his perspective, the bigger challenges are to do with systems integration and semiconductors. Keen to be self-reliant and not dependent on an external party, Vodafone is currently adding thousands of software engineers to its workforce, some of whom will have responsibility for systems integration. On semiconductors, meanwhile, it is investing in research and development at a facility in the Spanish city of Malaga.

The goal is not to design or manufacture chips but to figure out which technologies are optimal, pass the findings over to the wider industry and hopefully cultivate innovation. The first project involves assessing the various options for hardware acceleration, the umbrella term for boosting semiconductor performance.

In a virtual RAN of the type that Vodafone is building, the baseband software would normally run over Intel's x86-based general-purpose processors. These, however, are less efficient than the customized chips found in traditional RAN architecture, especially when it comes to massive MIMO. To close the gap, a company can use something called lookaside acceleration, handing off various baseband functions to a separate chip. An alternative known as inline acceleration goes even further, effectively bypassing the x86 processor altogether. Intel favors lookaside because it continues to rely heavily on the x86, while rivals are promoting inline. But each has its pros and cons.

"Intel came up with an acceleration strategy that works very well and is going to be the basis of what we do this year, but there are alternative implementations to that like what Marvell and Qualcomm are promoting, which is inline," said Tenorio. "Our first project is going to be about comparing alternative choices in detail, understanding and analyzing and benchmarking the performance and then advocating openly for an architecture that we think is best."

A lot is riding on the outcome of the UK deployment and the related activities in Malaga. By 2030, Vodafone has said it wants open RAN to be deployed across 30% of its European footprint. Mobile network equipment usually needs upgrading or replacing every seven years, said Tenorio, and a Europe-wide tender could happen in 2025.

Given today's geopolitics, and the UK reality, the biggest loser is likely to be Huawei, which supplied almost 62% of Vodafone's 4G RAN infrastructure throughout Europe in mid-2020, according to a Strand Consult report published then. A network that is 70% Ericsson and Nokia and 30% new open RAN suppliers would probably satisfy Vodafone's appetite for diversification. The next step is avoiding any faulty towers in Torquay.