In the seas around Taiwan, China is flaunting its military hardware like an overgrown school bully mock-punching a weaker child. Nancy Pelosi, the US House Speaker, is visiting the island officially, even though the US officially doesn't recognize Taiwan as an independent country. Taiwan holds elections and has its own government, but China claims it is as Chinese as Beijing. Welcome to what is arguably the most dangerous place in the world. If Earth were a giant bomb, Taiwan would be the safety pin wobbling loose.

Thousands of miles from the other hotspot of Ukraine, this week's brinkmanship in Asia shows relations between China and the US are at an all-time low. A long-running trade war has already wounded Huawei, one of China's biggest technology companies, cutting it off from important suppliers and customers. The US Entity List, the world's most famous trade blacklist, has lengthened as the nuclear-armed superpowers square off. Pages 32 to 224 of the 603-page document are filled with the names of Chinese companies.

Restrictions have been a shocker for some of the technology companies that once traded freely with China. NeoPhotonics, a US maker of optical components, suffered a 22% drop in sales last year because most of its business with Huawei collapsed. ASML, a Dutch firm that builds machines used in semiconductor factories, was denied an export license to sell its latest products to SMIC, a Chinese fab. Overall sales to China still grew, but US authorities are reportedly pushing for tougher limits. 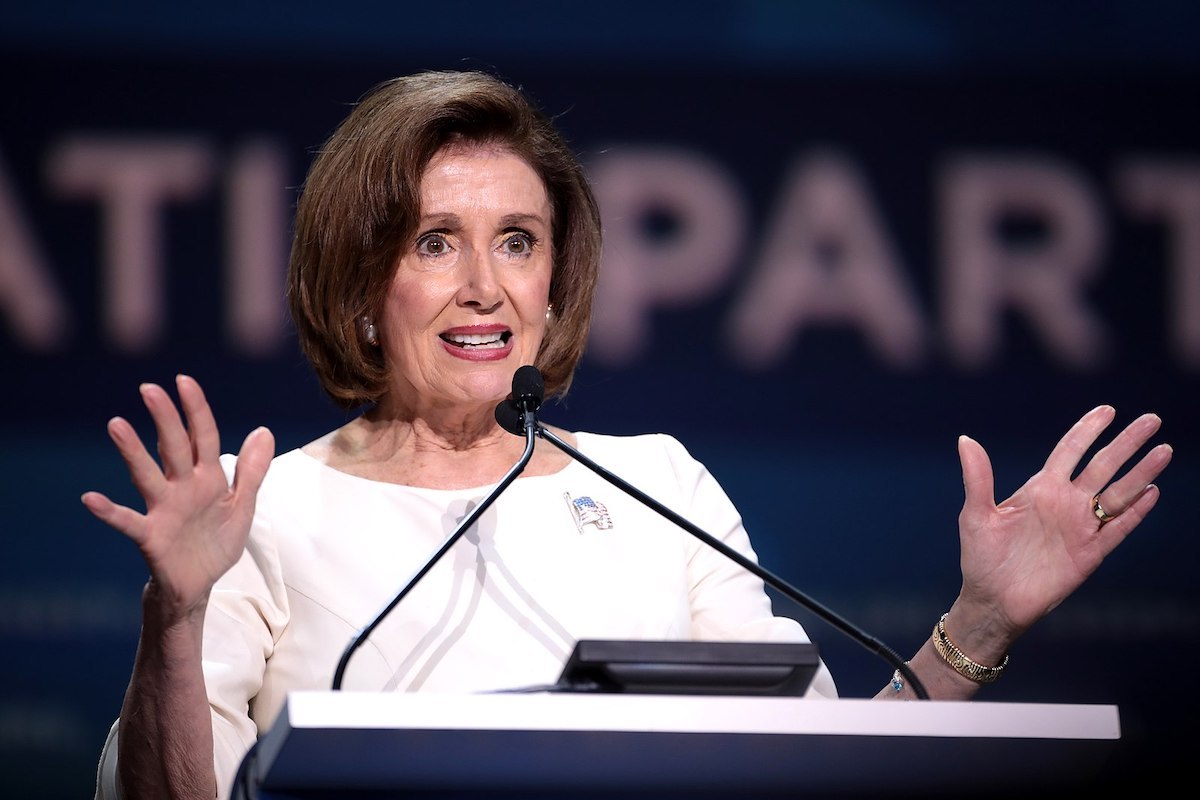 Far less obvious is the impact of anti-China rules on US and other Western kit vendors. Take open RAN (sometimes shortened to O-RAN or ORAN). US policymakers see the companies backing this concept as potential alternatives to a neutered Huawei. Yet, ironically, one of the most prominent open RAN players in the US has just blamed sanctions on China for its own difficulties.

Parallel Wireless, a software developer, reportedly laid off most of its employees in June. During an email exchange with Light Reading, CEO Steve Papa bemoaned the "overall unintended harm from the Huawei geopolitics that weakened the burgeoning ORAN movement." He went on to say that "by blocking Chinese radios the entire investment in building [an] ORAN end-to-end supply chain had to be repeated in the worst supply chain crisis of our generation causing not only significant cost (and now in a capital markets-constrained environment) but material delays in ORAN progress."

An open RAN supply chain reliant on Chinese radios sounds like a mission failure for China's opponents. Yet the O-RAN Alliance, the main specifications group, includes dozens of Chinese members. Among them are Comba and Tongyu, companies that make radio units and antenna systems, as well as Phytium, a semiconductor manufacturer named on the Entity List (Kindroid, another Chinese company on the Entity List, was also previously part of the O-RAN Alliance but is no longer listed as a member – due, Light Reading understands, to non-payment of fees).

No China, no problem

Despite this reality, Papa's main competitors do not seem to have run into similar problems and deny that US restrictions have harmed their activities. "Today, we have seen no tech restrictions on China that are hurting the open RAN supply chain," said John Baker, the senior vice president of business development for Mavenir, another US developer of software for mobile networks.

"There is wide reluctance to buy fully integrated Chinese products for inclusion in telecommunications networks," Baker told Light Reading during a LinkedIn exchange. "There is not as great a concern about Chinese passive subcomponents, as long as it is not software, and security testing (which is for all products) has been completed."

Mavenir relies mainly on South Korea and Taiwan for radios and semiconductor components, according to Baker, who points out that silicon designs are usually American. Although he did not name suppliers, South Korea's Samsung and Taiwan's TSMC are widely recognized as the two most advanced semiconductor foundries on the planet. Radio unit manufacturers often linked to open RAN include KMW (South Korean) and MTI (Taiwanese).

But with a team of 500 people dedicated to hardware development, Mavenir has also begun to make its own radios, recently launching these under the OpenBeam brand. Eight different platforms are available, ranging from advanced units incorporating as many as 64 transmitters and receivers (so-called 64T64R) to more basic 2T2R products. "We are using new power-saving mechanisms such as GaN [gallium nitride], which means these radios are much lighter," said Bejoy Pankajakshan, Mavenir's chief technology and strategy officer, at Informa's Big 5G Event in Austin in May. Triangle Communications, an operator in Montana, has been named as Mavenir's first customer.

JMA Wireless, a Mavenir rival based in Syracuse, New York, also boasts a line-up of all-American radios. "As the only American-owned O-RAN supplier who designs, codes and manufactures in the US, JMA is unique in that we own our entire technology stack," said a spokesperson by email when asked about reliance on China. "We select partners that align with our goal to restore US leadership in wireless network technology and simply don't have exposure to sanctioned firms."

Its facilities include a just-opened $100 million factory in Syracuse focused on the manufacture of antennas, transmitters and millimeter wave products. Spanning 97,000 square feet, it supports 200 local jobs and gives prospective US customers a homegrown source of network equipment, say JMA executives.

Benetel, an Irish manufacturer, is another Western vendor that denies US sanctions against China have been disruptive. Headquartered in Dublin, the company has been working with US chipmakers including Analog Devices and Marvell Technology on radio units compatible with open RAN specifications. Asked via LinkedIn if US measures had been problematic, CEO Adrian O'Connor said he had seen "no issues of this kind" at all.

Ericsson and Nokia, still the dominant kit vendors in the US and numerous other Western markets, have always looked more reliant on China than their younger and smaller rivals. Ericsson has production facilities in China and last year employed 13,091 people in northeast Asia, out of a total workforce numbering 101,322 employees. Nokia, similarly, lists a site in the Chinese city of Suzhou among its facilities in its most recent annual report. Of the 87,927 employees on its books last year, 12,244 were based in China.

Both Nordic vendors have lost Chinese business in recent years, setbacks some have interpreted as China's retaliation for Western sanctions. But their business outside China has performed relatively well, even amid the ongoing shortage of components. Fredrik Jejdling, Ericsson's head of networks, attributes this to good planning that started when the US first penalized ZTE, a Chinese rival smaller than Huawei.

"We understood there were geopolitical headwinds," he told Light Reading during a recent interview. "We thought there could be repercussions from China for ZTE and we consciously decided to build dual ecosystems where possible through dual vendors – to be involved with China and outside China." Among other things, it has opened a facility in Lewisville, Texas, that makes all the equipment it sells to US customers.

Such diversification also figures prominently in the strategy of Nokia, which learned how costly a single-supplier strategy could be when it was failed by Intel on the delivery of 5G chips a few years ago. In its annual filings with the US Securities and Exchange Commission, it has started to highlight the geographic spread of its supply base, noting that only 29% of that is now in China.

"We do not have any of our own manufacturing facilities in China, but we are using contract manufacturers in the Shanghai region, and we did suffer from lockdowns in April and May," CEO Pekka Lundmark recently told Light Reading, acknowledging the impact of China's zero-COVID policy. "There could be new lockdowns. This is clearly something no one knows at the moment."

No doubt, companies with exposure to China would suffer worse if the US restrictions were more comprehensive. By exploiting loopholes, NeoPhotonics has been able to maintain a commercial relationship with Huawei, which accounted for 11% of its revenues last year, down from 40% in 2020. SMIC's presence on the Entity List cuts it off from Applied Materials and other US makers of fab equipment. But Applied Materials' sales to China have mushroomed since 2017, growing from $2.7 billion that year to $7.5 billion in 2021. YMTC, a Chinese maker of memory chips, is thought to be among its customers. According to Credit Suisse, it has also been in talks to supply Apple – to the dismay of some US politicians.

A complete disentanglement of Chinese and US supply chains would probably take years and carry a huge economic cost. And while the US might be able to build its own semiconductors and radios, other things are much harder to replicate outside China. "The raw materials used to produce wafers – including silicon and gallium – are concentrated in China," said a White House report issued last year. Europe's natural gas dependency on Russia shows just how awkward that could be.