A starring role for NEC in Telefónica's open RAN story has looked inevitable ever since the Spanish operator clasped hands with Rakuten a year ago. NEC already had top 5G billing in the network Rakuten was building in Japan. Did the alliance with Rakuten mean Telefónica would rely on many of the same vendors? "For sure," said Enrique Blanco, Telefónica's chief technology officer.

It is not yet a plan to build a major open RAN network using NEC, but it is a step in that direction. Telefónica is to carry out trials with NEC in its four main markets of Spain, Germany, the UK and Brazil. The immediate goal is to set up 800 mobile sites across these countries that will be in commercial use sometime next year. And NEC has landed the part of systems integrator for the pilot.

Systems integrator is the role normally played by Ericsson, Huawei or Nokia in the Telefónica mobile network. It will mean taking components and software from different suppliers and making sure they all work together. Included in the package, of course, are the high-performance 5G radio units that NEC already supplies to Rakuten in Japan. 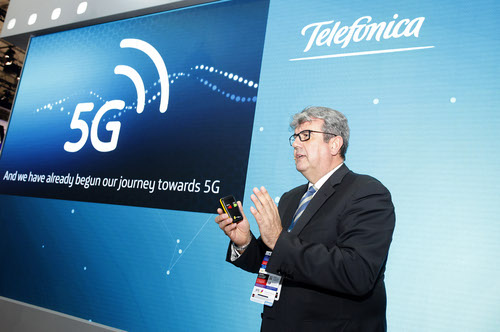 While the supporting cast has not been named, keen observers will be able to hazard a few guesses. Likeliest is that Altiostar ends up providing the radio access network software for the pilot. Telefónica is familiar with the US company, having owned a stake in it before Rakuten bought out all the minority shareholders and took full control this year. The Spanish operator knows that Altiostar and NEC are compatible because Rakuten has already mated them in Japan.

Joint procurement arrangements like the one between Rakuten and Telefónica should help to boost volumes, lower prices and remove uncertainty about open RAN. The concept is largely about combining different suppliers, instead of buying all products from one vendor's system. More interoperable specifications are all very well, but they will not provide the same reassurance as successful commercial deployments by other telcos.

Meet the new RAN, same as the old RAN

These sub-ecosystems, though, are making open RAN look more like traditional networks. For a start, the appointment of NEC as systems integrator effectively hands it the same control that an Ericsson would normally have. If NEC uses a preferred list of suppliers, there will be less confidence that substitutes can easily slot in. Nor is everything supplied by one giant vendor in a traditional set-up. Nokia, for instance, combines semiconductors supplied by Intel and Marvell in its 5G gear  just as an open RAN systems integrator would do.

So what if an NEC ecosystem can establish itself as a viable competitor to Ericsson, Huawei and Nokia? Operators, after all, crave alternatives to those big three vendors in the market for radio access network products. A sticking point here is that a systems integrator working with preferred partners would have just as much ability as a giant vendor to "lock in" its operator customers.

There are already signs that systems integrators have been overbearing. Back in late 2019, Parallel Wireless, a rival to Altiostar, complained that Indian systems integrator Tech Mahindra had refused to work with it on a project, even though it was the service provider's choice. According to Steve Papa, the CEO of Parallel Wireless, Tech Mahindra insisted on using Altiostar, a firm it owned shares in at the time.

This sort of behavior might not worry service providers in a super-competitive market. Any company trying to exert this much control would probably lose business to more accommodating rivals in the long run. But there is unlikely to be room for dozens of sub-ecosystems unless operators are willing to pay a lot more for their kit. The open RAN goals of lower prices and greater choice look hard to reconcile. Prices will not fall without economies of scale, and those will not materialize in a crowded sector. Operators can possibly have one or the other  but probably not both.

History is instructive. A collapse in telecom prices and a flattening of service provider revenues have been accompanied by years of consolidation among vendors, cheered on by operators until as recently as 2016. When Nokia bought Alcatel-Lucent that year, their customers raised no objections, said the European Commission in a 2015 judgement on the deal.

"On the contrary, virtually unanimously, the customers who replied to the market investigation consider the overall impact of the transaction on the RAN market to be neutral, with some customers even considering that the transaction may have a positive and pro-competitive effect both at worldwide and at EEA [European Economic Area] level," it said.

Therein lies the dilemma for open RAN. If the telecom market was not big enough for more than a handful of giant vendors before, why would it be able to support a multitude of NEC-like systems in the future? Outside parts of the enterprise sector, the take-up of open RAN will probably come at the expense of traditional kit sales, not in addition to them. In a flattish market, something will have to give.