In Don't Look Up, the latest Netflix hit, narcissistic politicians; scheming billionaires; and a fatuous, celebrity-obsessed media ignore the warnings of scientists that a comet will obliterate humankind unless the world acts quickly.

Yes, it's an unsubtle and preachy allegory about climate change, but it also features a brilliant lampooning of the quintessential Big Tech mogul by Mark Rylance, whose Peter Isherwell  CEO of an Apple-like company called BASH  is a bumbling, albeit sinister, white-haired mash-up of Messrs Jobs, Zuckerberg and Bezos. So advanced is his company's artificial intelligence (AI) that it can accurately predict the manner of a person's death, even when that involves being gobbled by an ostrich-cum-dinosaur on another planet.

It's not so far-fetched. AI can already do predictive maintenance for machines. Before long it will be able to forecast the probability of certain illnesses. And, at some point, it will kill that journalistic favorite  the turn-of-the-year story ruminating on what the immediate future holds in store. 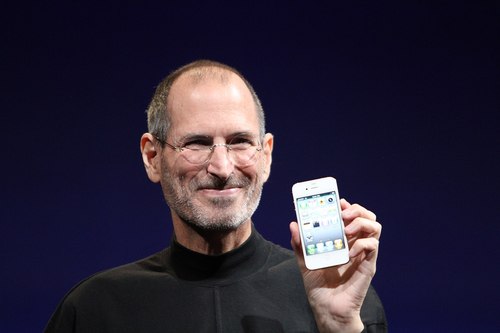 Writing those articles is a fashionable endeavor around this time of year, but one that is usually futile. What human soothsayer in late 2019 could have foreseen the impact a virus originating in the Chinese city of Wuhan would have in 2020? Until AI comes with a huge spoiler alert about the years ahead, there is probably more value in the long-term forecast. At least it has a longer shelf life.

Which brings us to the point of this article  what telecom will look like not this year but at the turn of the next decade. The chief uncertainties are how much ground telecom firms will have ceded to Big Tech, whether operators have entirely abandoned their own tech dreams and accepted the role of infrastructure-sharing utilities, and if AI has emptied the workplace of people.

A reasonably safe bet, though, is that networks  whoever owns and operates them  will be more virtualized, even cloudier and more swappable. The open interfaces that operators deem so important will be integral to 6G and the "closed" radio access network (RAN) will suffer the fate of Soviet-style communism. No operator today would sensibly defend interfaces that tie it to one vendor's system when alternatives are emerging, and that is why those older interfaces will perish. What's unlikely is that their demise will make a huge difference to the competitive dynamics of the industry.

The O-RAN Alliance, the group leading the development of more open specifications, will probably disappear or be subsumed into bigger standard bodies. It took shape in early 2018 because operators were frustrated that huge kit vendors had been able to dominate the 3GPP, the main 5G organization, and disregard telco demands perceived to entail threat. Its momentum has forced those kit vendors to adapt. Ericsson and Nokia are now the most active contributors to the O-RAN Alliance. As 3GPP stalwarts embrace openness, the O-RAN Alliance will start to look duplicative and redundant. It is inconceivable that open interfaces will not be a starting point for 6G standardization.

But it is also hard to imagine this technological openness will generate dozens of new rivals to Ericsson, Huawei and Nokia, the vendors responsible for about 80% of today's RAN infrastructure. Closed systems built by traditional suppliers will remain more commonplace during the 5G era of the 2020s largely because most operators will already have widely deployed networks by the time open RAN has caught up performance-wise. Switching would mean writing off equipment. The survival of 2G or 3G into the late 2020s is another problem for open RAN, which does not cater adequately to those technologies.

By the time late-stage 5G or early 6G appears, these constraints will have vanished. The rollout of more open specifications in this timeframe will spur competition by aiding specialists, say advocates. Previously, the use of closed interfaces meant challengers to Ericsson or Nokia had to support the full array of software and hardware components. With interoperability, one company could provide baseband software while another stumps up radios. Firms would not require the resources of a big kit vendor to compete.

The implication is that operators would prefer to buy their products from a multitude of smaller suppliers than a trio of giants. Telco executives, for sure, have repeatedly grumbled about dependency on two or three big suppliers  a worry exacerbated by recent European government efforts to ban or restrict Huawei on security grounds. The desire for additional suppliers that might force down prices is no great surprise given the pressure on telco profits.

Yet many operators are not set up to maintain numerous supplier relationships. Neil McRae, the chief architect of the UK's BT, who is skeptical about many open RAN claims, has pooh-poohed the suggestion his company will use more suppliers in future. "I have come from a background where I ran a network that had a huge number of suppliers in it and just by reducing the suppliers you made the cost reduce," he told reporters in late 2021.

A senior technology executive at another major telco, who wishes to remain anonymous, sympathizes with that view. What operators want, he tells Light Reading, is greater choice, even if each sticks with the same number of vendors. At the market level, this would be sustainable only if revenues were split between more suppliers than the industry currently supports.

Yet it would also force an awkward decision on operators. If they continue to buy most RAN products for a particular site from one company, specialists will be no better off than they are today. The alternative is to pick vendors based on specialty rather than geography. But without increasing the number of suppliers, this could make an operator heavily reliant on a small company's hardware or software.

Nor is it obvious that sub-markets for baseband software, radios, semiconductors and cloud platforms will be more competitive than today's RAN oligopoly. That is hardly unique in the technology sector. AWS, Google Cloud and Microsoft Azure rule the public cloud. Samsung and TSMC dominate production of the world's most advanced semiconductors. Only a handful of firms have the resources needed to develop highly efficient chips for baseband processing. All this raises a critical question: Is an uncomfortably close relationship with Ericsson, Nokia or another giant any worse than multiple dependencies for different network domains?

How this plays out is hard to predict. Japan's Rakuten and America's Dish are mixing numerous suppliers in their greenfield networks, and yet Rakuten relies for baseband software entirely on Altiostar, a US firm it has the luxury of owning. In the UK, however, Vodafone has swung behind South Korea's Samsung for both open RAN hardware and software. NEC, a Japanese supplier to Rakuten and Vodafone, started in open RAN as a radio unit specialist but will add baseband software to its product portfolio this year. By 2030, it aims to control one fifth of the entire open RAN market.

If other big firms have similar aspirations, and can achieve them, the future open RAN market will look only marginally more competitive than today's equipment sector. Even that may be preferable to oligopolistic sub-markets for hardware and software components. But either is a likelier scenario for 2030 than the uber-competitive world that telcos hope they can engineer.