"If you can make gigabit speeds through software on vRAN, how difficult can 2G be?" said Woojune Kim, Samsung's global head of sales, when confronted at this year's Mobile World Congress with the 2G hole in its product portfolio. Three months since then, "not that difficult" seems to be the answer, although the virtualized 2G product it announced today will have been in the works for much longer  possibly since Vodafone first began highlighting the South Korean company's attractions as a radio access network vendor in late 2019.

It may seem counterintuitive, but the lack of a 2G offer has been problematic for Samsung. Used for basic voice communications, global roaming and older machine-to-machine connections, the ageing mobile technology demands continuing support in its dotage, even as operators focus on rolling out 5G and maintaining 4G systems. In Belgium, Orange this month said 2G will be around until 2028. The UK government's timeline for a shutdown is 2033.

"You need a fallback for telephones and emergency calling and so the operators are saying we still need it, and Samsung has come round," said Gabriel Brown, a principal analyst with Heavy Reading. 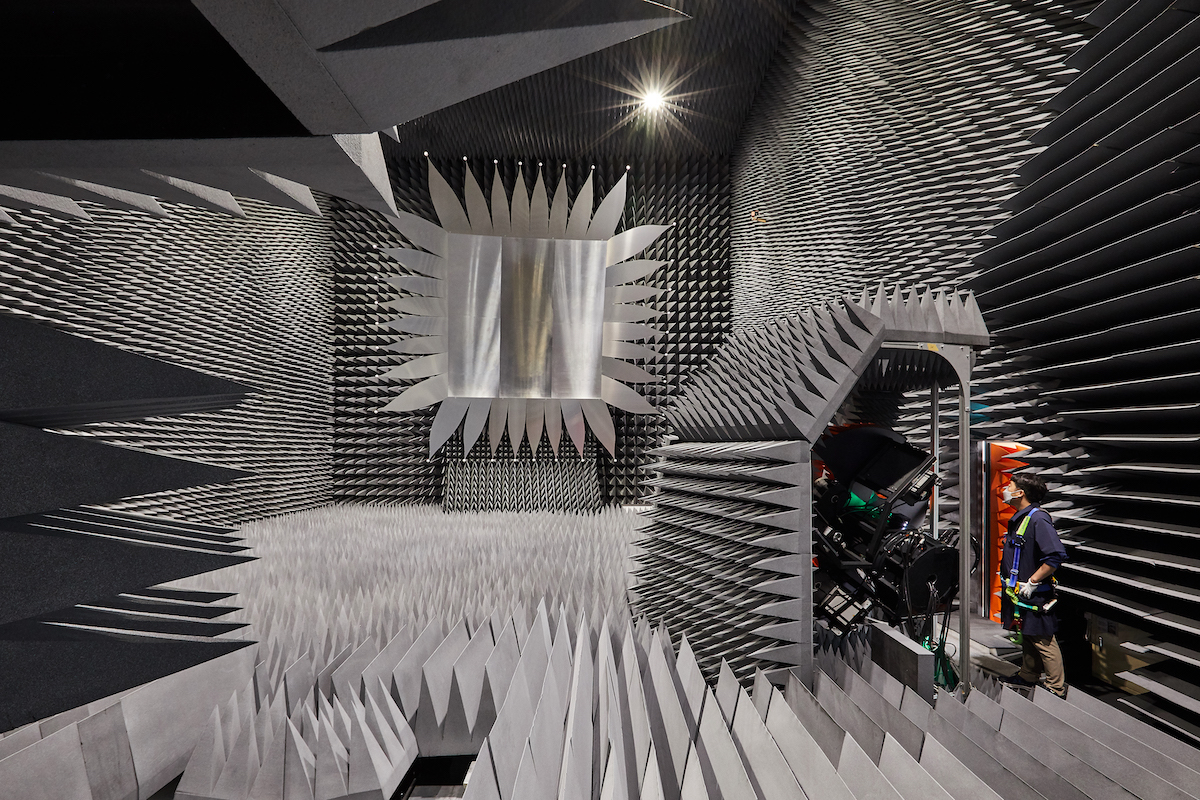 What looks like a medieval torture room is actually an "anechoic" chamber for Samsung's testing of 5G technology.
(Source: Samsung)

Before today's news, prospective Samsung customers feared having to maintain parallel networks from different vendors  a Samsung-delivered 4G and 5G one alongside an older 2G platform. That would have been costly and complex. Samsung, moreover, would have balked at developing a separate 2G product based on the old-school approach.

"Virtualization makes it much more attractive for them," said Brown. "If they had to develop and maintain a 2G system for the long term as a discrete system, that would have been pretty unattractive. Costs would be high, and they might not have the right IPR [intellectual property rights]. With demand, there is not going to be a huge amount of money in it."

The virtualization of the technology essentially means that Samsung's baseband software can be deployed on common, off-the-shelf equipment featuring general-purpose processors (a Dell or HPE server, say, incorporating an x86 chip from Intel or AMD). The 2G software, importantly, can run on the same server that supports 4G and 5G.

"It is like a virtual single RAN, in a way," said Brown. "There is no dedicated 2G device at all, which makes it much more efficient from an operations point of view."

It is a welcome development for Vodafone, arguably Samsung's highest-profile customer in Europe. The operator is partway through a swap-out of about 2,500 Huawei sites in the west of the UK. Rather than building in the traditional manner with the likes of Ericsson or Nokia, it is working with alternatives including Samsung on the rollout of a network both virtualized and "open" (meaning Vodafone can mix suppliers instead of buying all products from the same vendor's system).

Samsung is supplying baseband products and radio units for that deployment. But if it had not been able to provide a 2G product, Vodafone would have needed to find an alternative or maintain Huawei's traditional network until it had phased out all 2G communications.

Unclear from the update is what happens on the radio as opposed to the baseband side. "My assumption is that you would have a common radio," said Brown. "I don't think the GSM [2G] service would have its own radio  you would use a small bit of spectrum with the same radio unit for LTE [4G] and NR [5G]. There would be no dedicated 2G hardware at all."

A potential complication is the openness part of the equation, and whether an operator would easily be able to use Samsung's 2G baseband product in conjunction with another company's radio unit. "While there are open RAN standards for 4G and 5G, there are no defined open RAN standards for 2G in the industry," said a Samsung spokesperson in response to questions. "Samsung's 2G vRAN supports O-RAN Alliance-based enhanced Common Public Radio Interfaces (eCPRI)."

The O-RAN Alliance is an operator-led group defining the technical interfaces needed for open RAN deployments, while CPRI is a widely used "fronthaul" interface connecting radio and baseband. Critics have complained it is semi-proprietary and forces an operator to buy radios and baseband products from the same vendor. With eCPRI and the O-RAN Alliance's open fronthaul specification, mixing vendors is supposed to be easier.

Samsung has indicated it will introduce the 2G baseband product and start trials later this year before commercial shipments start in 2023. The move is likely to put pressure on Ericsson and Nokia. Both Nordic vendors have announced the availability of virtual RAN products, but neither appears to have promoted a 2G offer so far.

Heavy Reading's Brown thinks Samsung is already ahead of Ericsson and Nokia on RAN virtualization in the field. "It is the first vendor to have a large-scale high-performance deployment," he said, referring to Verizon's US rollout of a Samsung-provided virtual RAN that ignores 2G. After today's update, others could soon follow.