Tech Mahindra's stake in Altiostar, a US software company and open RAN evangelist, made a mockery of its claims about independence and vendor-agnosticism, said Altiostar's rivals last year.

The Indian systems integrator may have been listening. Today, it announced the sale of its Altiostar stake to Japan's Rakuten, a co-investor.

At the same time, it is to become more closely involved with the Rakuten Communications Platform (RCP), which is Rakuten's bid to sell its cloud technologies and software tools to other service providers.

The Altiostar divestment will make it harder for rivals such as Parallel Wireless and Mavenir to accuse Tech Mahindra of favoritism.

Yet the RCP arrangements could have the opposite effect. Despite a telco push for openness, clusters are forming as operators make bets on preferred suppliers. 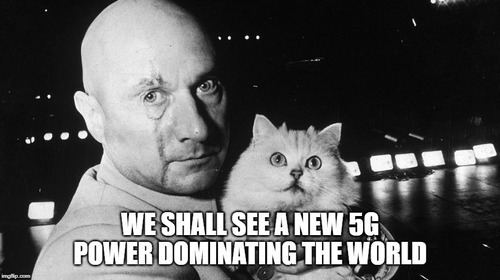 Tech Mahindra's rationale for exiting Altiostar was not spelt out explicitly. Nor were the terms of the deal with Rakuten, which is building a fourth mobile network in Japan using new technologies from Altiostar and other partners.

During a call with reporters, Hiroshi Mikitani, Rakuten's CEO, would confirm only that Rakuten is Altiostar's majority owner, a position it appeared to hold before it bought Tech Mahindra's shares. Spain's Telefónica, another Altiostar partner, also owns a chunk of Altiostar.

But Tech Mahindra is certainly not giving up on Altiostar.

Its deal with Rakuten establishes the Indian firm as a reseller of RCP, which will now include Altiostar. Rakuten needed more control to add its technology to the platform, Mikitani told reporters.

As it relinquishes part-ownership of Altiostar, Tech Mahindra is joining a technology and sales initiative with a clear vested interest in promoting Altiostar over the alternatives.

We are not proprietary
Any perception RCP is a closed ecosystem, and not vendor-agnostic, is mistaken, insists Tareq Amin, the chief technology officer of Rakuten Mobile (Rakuten's telecom subsidiary).

He has previously touted Rakuten as the "unvendor," seemingly inspired by T-Mobile's "uncarrier" campaign to differentiate itself from other telcos.

Today, he likened RCP to the IT cloud platforms already hosted by Amazon and Google, which collaborate with numerous different IT application developers.

"We started with a finite number of vendors because, honestly speaking, we wanted to ensure success," Amin told Light Reading.

The sticking point for critics will be the ownership stake in Altiostar. And the open RAN company is not the only RCP vendor Rakuten has bought.

In May, it acquired a developer of operational support systems called Innoeye  a move that was also made with the RCP launch in mind, according to Rakuten's statement on the deal.

Rakuten's only way to prove RCP is genuinely vendor-agnostic is to include alternatives to Innoeye and Altiostar. But unless it also bought those technologies it would struggle to look impartial.

There is already skepticism that RCP will fly.

"If you are an operator prepared to do open RAN, do you want to take a core as a service from another operator?" said Gabriel Brown, a principal analyst with Heavy Reading, during a previous conversation with Light Reading, when Rakuten had just announced its tie-up with Telefónica.

"Honestly, it is hard to imagine," he said. "It might work for smaller and greenfield players."

Japan is not enough
Evidence that RCP customers are not just a carbon copy of Rakuten, using vendors the Japanese firm controls, will obviously not come until deals have been struck.

Currently, there are none because Rakuten's priority has been to prove that open RAN and other "cloud-native" telecom technologies can actually work.

"We have been working really hard in Japan to meet all these requirements and it behooves us before we deliver the platform that we eat our own food," said Amin.

"But that doesn't mean we haven't talked to many global operators and started preparations for going global."

In that regard, the closer partnership with Tech Mahindra, Rakuten's systems integrator in India, should help.

Generating sales of about $5.2 billion last year, and with more than 125,000 employees worldwide, the Indian firm already has relationships with many operators.

As some try extricating themselves from single-supplier deals with the likes of Huawei, Ericsson and Nokia, they will need someone who can manage a vendor crowd. Tech Mahindra, preaching the virtues of RCP, is a leading candidate for the job.

But there is still fogginess about RCP in practice.

For all the hype that surrounds cloud and software technologies, telecom operators cannot magic hardware out of existence. Open RAN software needs physical radios to work.

In Japan, Rakuten has already used Altiostar in conjunction with 4G radio units from KMW and Nokia. And it is due to launch 5G on radios from Airspan and NEC.

If Rakuten can show that Altiostar's software, sold through RCP, works instantly with any radio, it should provide a confidence boost for open RAN.

Does any of this actually work?
In the meantime, questions remain about open RAN's long-term commercial viability.

Paying Tech Mahindra and a small army of specialists could negate the cost benefits of switching from Huawei, Ericsson or Nokia. And the low profitability of these behemoths does not suggest their products are overpriced and due for disruption.

Patrick Donegan, an analyst with HardenStance, doubts open RAN will pay off for many of its proponents.

Telco engineering teams suck the will to live out of these firms. Even if they make it to RFQ, the telco's procurement folks suck the margin out of them.

"Telco engineering teams suck the will to live out of these firms. Even if they make it to RFQ [request for quotation], the telco's procurement folks suck the margin out of them."

With Rakuten as a proud parent, low profitability might not concern Altiostar.

Its job will be to keep producing the software products that parts of the industry now crave, while Rakuten worries about the numbers.

Being swallowed by giant vendors, or giant operators determined to prevent that from happening, is the possible fate that Altiostar's rivals now face.