At first glance, they make an odd couple. Qualcomm is a $149 billion giant of the smartphone chips industry with some of the most aggressive patent lawyers in the business. Cellwize is a comparatively small Israeli developer of software for managing radio access networks. Now Qualcomm has become sugar daddy to Cellwize after reportedly splashing about $350 million on a takeover.

It does not come entirely out of the blue. Qualcomm was among several investors participating in a $32 million Series B funding round for Cellwize back in September 2020. Before today's news, Cellwize had raised a total of $56 million in funding from companies including Deutsche Telekom, Intel, Samsung and Verizon (besides Qualcomm), according to CrunchBase.

Cellwize has caught the attention of wealthier and older companies as a developer of centralized SON (self-organizing network) technology – clever software that allows operators to configure their networks automatically (that is, without human intervention) as circumstances change. These days, Cellwize is busy rebadging itself as a provider of a RIC (radio-access-network intelligent controller), the successor to the SON for the age of open and virtualized RAN deployments. Qualcomm smells opportunity. 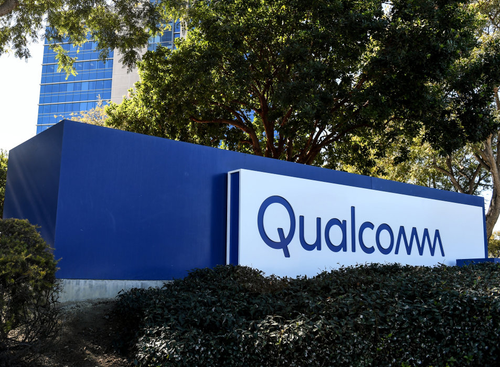 That is partly because RIC technology has generated a wave of enthusiasm among operators such as France's Orange and the UK's BT. It comes with a real-time capability that was overlooked by the 3GPP in the SON days, according to Arnaud Vamparys, Orange's senior vice president of radio networks. With real-time automation, an operator could adjust network capacity needs dynamically to cope with sports events or concerts, said Neil McRae, BT's chief architect, at a press event last year.

The entire SON market generates only about $300 million in annual revenues, according to James Crawshaw, a principal analyst with Omdia (a sister company to Light Reading). But the RIC market is expected to have hauled in revenues of $1.65 billion by 2026 as operators spend money on the technology, predicts ABI Research, another market-research company.

Perhaps even more important to Qualcomm – whose official pronouncements on the deal are jargon-heavy and largely content-free – is the opportunity to bundle the RIC with its other RAN products. Although known primarily for its activities in the mobile handset market, Qualcomm also supplies chips for use in basestations. As these are opened and/or virtualized, it aims to grow its share of this market against rivals such as Intel, Marvell and Nvidia. Earlier this year, in partnership with HPE, it launched a new accelerator card specifically designed to support 5G baseband processing.

Not the only RIC in town

The story would sound even better were Cellwize the only RIC in town. Unfortunately, though, it faces competition from equipment giants such as Ericsson and Nokia as well as cloud-computing specialists including VMware. Ericsson launched a product in late 2021 that can be used to manage both its own and rival equipment. Nokia has been in the centralized SON game since its acquisition of EdenNet in 2015.

Cellwize's RIC also appears to belong to the "non-real-time" category, judging by its own marketing literature and Qualcomm's update. This reduces the processing time to just one or two seconds, from the 15 minutes of a centralized SON control loop. For anything in the milliseconds range, however, an operator would need a "near-real-time" RIC of the kind marketed by VMware. If millisecond capability turns out to be important, Cellwize could lose out.

Unless disaggregation is a scam, many prospective customers would also (presumably) expect to use Cellwize's RIC without buying any other Qualcomm products. But Cellwize obviously loses its independence with the takeover. "Being O-RAN compliant, our RAN platforms can work with other vendor solutions supporting O-RAN interfaces," said a Qualcomm spokesperson by email, referring to specifications developed by the O-RAN Alliance industry group. Qualcomm was also asked if third-party developers can run apps written for Cellwize's platform on other RICs, but it did not answer the question.

Cellwize's existing relationships matter, according to Dimitris Mavrakis, the research director at ABI Research. "Qualcomm will benefit from Cellwize's channels to market, as Cellwize reports its solutions already service around 800 million subscribers across many operators, hyperscalers, and OEMs' infrastructure including Telefónica, Verizon, Orange, Globe, Deutsche Telekom, Google Cloud (through the acquisition of MobiledgeX), HPE, and many others," he wrote in a research note today. It will be interesting to see how their non-RIC business with Qualcomm develops after the Cellwize acquisition.