Pasta-chomping telecom sorts routinely prefer lasagne to spaghetti. Those squishy thin cylinders, dangling from a fork in a vertical mess, seem to provoke nauseating thoughts of network confusion and clogged technical silos. A few tidy sheets on the plate are more suggestive of the horizontal architecture they admire.

This food analogy was regurgitated repeatedly in the old days, when technology types still gave presentations in crowded auditoria before clinking glasses (and exchanging microorganisms) in busy restaurants. These days, most are likely to be munching lonesome on a sandwich, post "digital symposium," in the confines of their own homes. That's appropriate because building the costliest part of the network and making a sandwich now have a lot in common  more, anyway, than operational support systems and lasagne.

In keeping with his social class at the time, John Montagu (pictured below), better remembered as Lord Sandwich, was not into self-service or DIY. When he made his eighteenth-century breakthrough on convenience food, Montagu famously outsourced its development, ordering his lackeys to bring him some meat clamped protectively between two pieces of bread. Sophisticated it was not, but today's multi-billion-dollar sandwich-making industry can trace its origins to the moment. 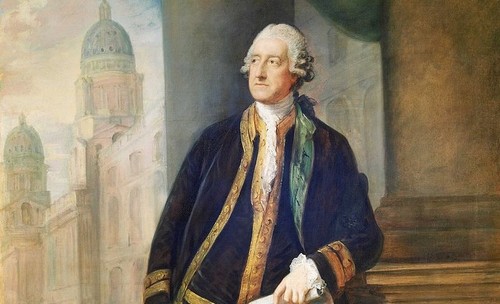 A pioneer of the sandwich integrator.

Like mainstream 4G networks, mass-produced sandwiches nowadays are complex objects whose inner componentry is invisible to the buyer. Shoppers are locked into one vendor's ecosystem. If a customer at Pret a Manger, a major UK sandwich chain, dislikes the pickle served with his mature cheddar baguette, he cannot swap it for another brand. That aside, competition has suffered as a handful of industry giants has seized control of the lunchtime experience.

As in the radio access network, the alternative seems to be the same disaggregation and self-reliance associated with open RAN. Noontime, the housebound telecom executive downs laptop, dons apron and starts dicing ingredients in the kitchen workshop. Some will have been locally produced or sourced, in a protectionist push. Rigorous tests have been carried out to make sure there are no interoperability problems when the product is consumed. Sandwich integration is an in-house task.

Is it worth the hassle? People complain about Pret a Manger for the same reason operators moan about Ericsson  both are perceived to be dominant players that stifle competition. But does anyone seriously care about sandwich lock-in? Yes, the homemade sandwich brings a choice of ingredients. It could also, on the downside, gobble up time and effort. Buying from numerous suppliers might work out more expensively. Then you have to combine the different elements. You could always appoint a sandwich integrator for that role  a teenage son whose school is in lockdown, perhaps. But he will make you pay.

Open RAN should prompt all the same concerns. Not everything needs to be messily unpackaged like a chicken mayo wrap and then painstakingly reassembled for a fussy eater. Operators want more competition, more choice, but they also want less complexity. Outside the technology office, most European company bosses and politicians see open RAN first and foremost as a substitute for Huawei that does not result in a Nordic duopoly. If nothing else happened, an accommodation with open RAN by Ericsson and Nokia would not satisfy the market  just as a Pret assembly line of ingredients would not please many sandwich enthusiasts absent alternatives to Pret.

Steve Papa, the CEO of US software company Parallel Wireless, thinks a telco push for simplicity will radically change the conversation about open RAN in the next five or six years. "A lot of the stuff we are talking about today is going to be integrated," he says. Even the fronthaul that open RAN sounds desperate to disaggregate? "Eventually, if you look out ten years, the radios could be such a commodity that you won't care if certain radios work with some networks and not with others. Now it matters a lot because of where we've been."

What many operators will probably want is a healthy number of RAN vendors, each sporting a decent selection of partners and radios that cater to niche as well as mainstream tastes. If open RAN can deliver that without making a mess, the details will not matter.