People are getting the wrong idea about open RAN

Open RAN is having an identity crisis.

It's the democratizing of the mobile Internet in low-income markets. No, it's the 5G vaccine that will end the Huawei pandemic.

Better still, it's a secret formula that will restore US 5G leadership  that is, after it finishes off Ericsson and Nokia, the companies building most of America's 5G infrastructure.

To anyone outside the arcane world of radio access networks, open RAN should never have sounded this excitingly unhinged.

It was originally intended as a key that would unlock several interfaces used in today's mobile networks.

With names like CPRI and X2, those interfaces were only half-baked, meaning operators could not use them between products from different suppliers.

Open RAN was designed as an interoperability fix that would usher in the multivendor network.

Some operators went dreamy eyed at its mention, imagining networks built by a legion of skilled and easily replaceable suppliers armed with low-cost materials.

That was before rabid US politicians latched on and mauled open RAN almost beyond recognition.

Now it's a bundle of contradictions and ambiguities: an exit strategy from Chinese technology, even though its progenitors include the Chinese; an alternative to traditional 5G built on foundations provided by the 3GPP, the traditional 5G standards body.

Open RAN is not open source
Confusion has been widely sown. One misconception that has taken root and bloomed in mainstream headlines is that open RAN is open source.

It's that irksome word open, with its hip, free-for-all connotations. And to call it open is to imply the alternatives are closed, walled off, proprietary.

The truth is that open RAN is no more royalty-free than Saudi Arabia.

Its specifications, developed by a group called the O-RAN Alliance, are based on exactly the same fair, reasonable and non-discriminatory (FRAND) licensing system adopted by the 3GPP. The stakeholders might be different. The patent arrangements are not. 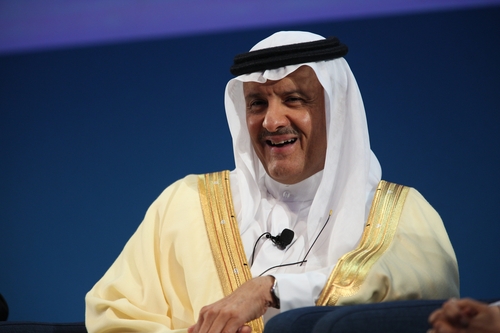 The fallacy has been allowed to fester because the truth is what Al Gore might describe as inconvenient. For starters, the O-RAN Alliance includes numerous Chinese vendors and all three of China's state-owned national telcos.

In other words, Chinese companies probably own some of the technology  wrongly called open source  that US protectionists champion as a Huawei substitute.

Even if the Chinese are not major patent contributors today, they might be in future. Just look at what happened when Huawei took 3GPP membership more seriously.

Nor is the O-RAN Alliance producing a 3GPP clone with added interoperability. It is merely plugging the interface holes that have caused problems.

No operator could build an open RAN without the scaffolding supplied by the 3GPP. That means no operator can avoid Huawei, one of a small number of patent owners that dominate the 5G standard.

If US sanctions obliterate Huawei, all this might seem irrelevant. But what would become of its 5G intellectual property? Whatever happens, China seems unlikely to relinquish its grip on the international standard.

The label risks becoming devalued and meaningless if it is attached to any implementation where two RAN vendors have resolved their technical differences  without recourse to any standard  to give the appearance of openness.

Open RAN should be about interoperability off the shelf, without any customization. There is insufficient confidence this will happen.

When Nokia recently announced a full suite of open RAN products, opponents scoffed at the claim. Nokia's failure to highlight any open RAN partners did not help its case.

The Finnish vendor has at least had a role in the open RAN deployment by Japan's Rakuten, contributing 4G radio units that use software from US-based Altiostar.

But a proper certification program would end the second guessing and uncertainty.

There was a call for something like that during a forum hosted by the US Federal Communications Commission this week. Mathew Oomen, president of Indian service provider Reliance Jio, demanded a "common reference definition" for open RAN deployments.

John Baker of Mavenir, an Altiostar competitor, emphasized the distinction between standardized, "real" open RAN and its phoney challengers.

Open RAN could upend the mobile infrastructure market or simply force the incumbents to adapt. It is arguably no more American than it is Chinese, even if its loudest cheerleaders are currently US software firms.

And it might not provide the cost advantage operators seek. Managing a disparate collection of vendors could turn out to be an expensive business.

There is a lot to prove. For those with open RAN's long-term interests in mind, clearing up some of the prevailing confusion and uncertainty would be a good place to start.