Open RAN salespeople are unlikely to have much luck at the door of Robert Finnegan until 6G arrives in town. The newish boss of Three UK has just embarked on a 5G rollout with Ericsson after the government ordered his company and others to replace Huawei, a Chinese vendor suddenly deemed a security threat. But there seems no place for open RAN in his 5G deployment.

"Our focus is on rolling out with Ericsson and we won't be waiting around for open RAN," he told reporters on a call last week. "We want to keep our options open as well, but I don't think it's going to impact 5G maybe as much as it might do further technologies down the line because with 5G most people will have chosen their provider at this point."

The remarks suggest the outlook for open RAN could be limited by a mixture of technological immaturity and unfortunate timing. Operators hope the technology will allow them to build more software-based networks using products from a variety of vendors  most networks today use customized hardware and take everything at a given site from the same supplier  but they also acknowledge open RAN lags traditional technology on performance. 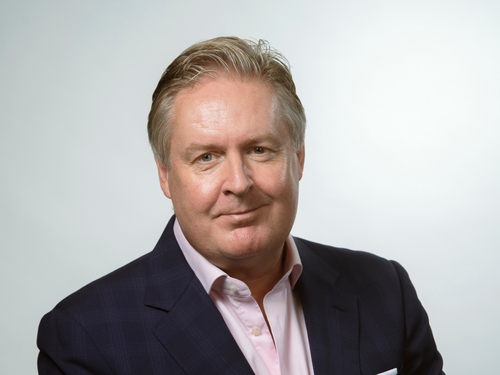 Three's Robert Finnegan will not provide much seasonal cheer for open RAN salespeople.

That reality is persuading most operators to pick mainstream products as they start a 5G upgrade. Companies would normally expect to depreciate these over a timeframe of about seven years. Swapping them for open RAN in the next three or four years would mean writing off a major investment. "I wouldn't say the ship has sailed, but it is close to sailing because everyone is close to rolling out and you're not going to change midstream," said Finnegan, who succeeded Dave Dyson as Three's CEO in April.

The possibility of a "midstream" change seems very low in the UK and other countries where Huawei faces restrictions, purely because operators are already incurring additional expenses as they tear out its products. Vodafone, which uses Huawei across about one-third of its mobile sites, previously warned the government that a speedy replacement would cost "billions" because some equipment is relatively new. BT reckons compliance with an end-2027 deadline for the removal of all Huawei kit will add about £500 million (US$660 million) in costs.

Before government decisions this year, Three had picked Huawei as its sole supplier of 5G radio access network equipment. Under that contract, the Chinese vendor had also started to replace Samsung, Three's 4G provider. In September, Huawei was present across about a quarter of Three's network, according to a Three spokesperson, or roughly 4,000 sites. It also accounts for nearly all the 800 5G sites Three has installed.

But Finnegan is making good progress on phasing out the company and insists Three will comply with rules limiting Huawei to just 35% of the 5G network by January 2023. "We will have 2,000 Huawei sites out of 17,000 sites at the end of the year or early next year, and all of the rest will be Ericsson," he said. "We will be well within the threshold."

While other UK operators use two or more vendors, Finnegan's update suggests Three is happy to rely on Ericsson as its single supplier of radio access network products. Yet Vodafone is the only one of the four service providers to have made a serious commitment to open RAN. Its goal is to introduce the technology at about 2,600 sites currently served by Huawei in western and mainly rural parts of the UK.

BT has selected Ericsson and Nokia as 5G suppliers and needs to replace Huawei at about two-thirds of its mobile sites. Howard Watson, BT's chief technology officer, previously ruled out open RAN for similar reasons to Finnegan. "I will already have swapped a significant amount of equipment out for new equipment, which from an economic perspective I need a seven-year life for, and that will in the main be equipment that exists today," he told a parliamentary committee in July. "In the BT mobile network, I think I am probably looking at the back end of the 2026, 2027 time period before I could usefully deploy open RAN."

O2 is almost totally reliant on Ericsson and Nokia already, although it recently flagged open RAN trials with Vilicom, an Irish systems integrator. It has also carried out work with open RAN firms, including Mavenir, DenseAir and WaveMobile, and reckons the new technology could help it to improve network services for people living in hard-to-reach rural areas and "dense urban hubs."

Despite his short-term aversion to open RAN, Finnegan said he would welcome an injection of rivalry into the equipment sector. "Nobody is ever fully happy with a situation where there is a small pool of providers for something so critical and so heavy on investment," he told reporters. "With 6G, you want to be in a position where you have more providers."