PARIS, France  Parisians and visitors to the French capital who cannot whip out a vaccine passport on demand are quickly turned away from most bars, cafes and restaurants. In the next few years, suppliers to Orange that fail to show compatibility with open RAN specifications may get similar treatment. A cheerleader for the new-fangled technology, the French operator has said its ambition, starting in 2025, is to buy only mobile network products that tick this box. As it lifts the curtain on a new open RAN integration center in Paris, that is about as much open RAN certainty as it can provide.

The new center, shown off to visiting reporters this week, is the latest industry attempt to cultivate a market for open RAN technology. Like most operators, Orange currently buys all the RAN products for a particular mobile site from one supplier's system. If open RAN takes off, it should, in principle, allow Orange to mix and match vendors  using computation from one supplier alongside radio units from another, for instance. It also goes hand-in-glove with virtualization, giving operators the ability to put their radio software on common, off-the-shelf servers.

Orange and other big telcos are enamoured with the concept, claiming it will inject competition into an oligopolistic supplier market, reduce costs and even spur innovation. Three years ago, they founded a group called the O-RAN Alliance that has been developing the specifications for more open networks. The new Orange lab invites suppliers to demonstrate that products based on these specifications are as easy to slot together as a child's Lego set. 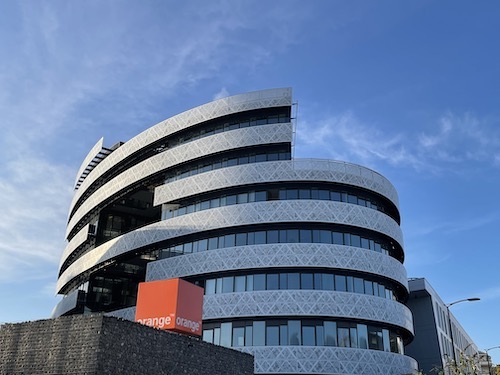 For the French phone incumbent, there is also a more geopolitical angle. Asian and American firms dominate today's nascent, open RAN ecosystem. The best-known radio unit manufacturers hail from China, Japan, South Korea and Taiwan. The most prominent software firms are based in the US. California's Intel has a near monopoly in the market for general-purpose chips. Worried about the lack of European alternatives, Orange hopes the lab will foster European innovation.

"We have been pushing the European Commission to support a European ecosystem because we are convinced there will be a strong ecosystem in the US and we need not to be late in Europe," said Michael Trabbia, Orange's chief technology officer, at the lab opening. "It is important for resilience, for many reasons, to have choice and a strong ecosystem in Europe."

Importantly, the lab is an opportunity for Orange to familiarize itself with the open RAN technologies it may eventually deploy in production networks. Almost by definition, open RAN necessitates a more proactive role for operators than they have traditionally played. The UK's Vodafone is even recruiting software engineers to cut reliance on external systems integrators, including those pitching for open RAN work.

Fotis Karonis, an executive vice president at Capgemini, is among them. Invited to the opening of the Orange lab, the former chief technology and information officer of BT's enterprise division was keen to know if Orange plans to use external systems integrators, like Capgemini, when it deploys open RAN. But Orange is clearly undecided on its final approach. "Our ambition is to understand and master this integration and it doesn't mean we want to do it only on our own," answered Trabbia. "We are open to leverage partners."

Figuring out that approach may be critical if Orange is to buy nothing but open RAN gear. Vodafone believes it spends too much on suppliers and risks dependency on systems integrators if it does not invest more in its own IT resources. Unlike Orange, it has already started to build a commercial open RAN network. 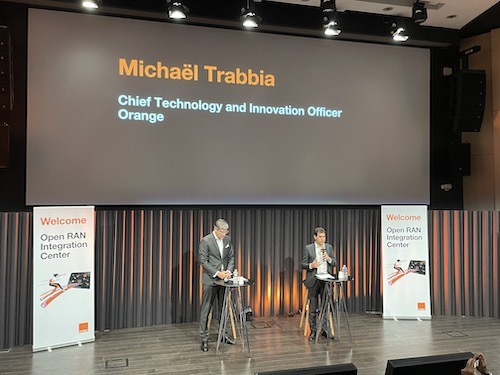 There is just as much uncertainty about which open RAN vendors Orange may ultimately use. In France, it relies entirely on Sweden's Ericsson and Finland's Nokia for its traditional mobile network, although in the northern town of Lannion it has been testing Mavenir as an open RAN software vendor. Replacing Ericsson or Nokia seems highly improbable, not least because it would mean writing off 5G investments Orange is making now and will continue to make in the near term.

The indications are that open RAN will initially be used indoors and in badly served rural communities. But even here there is no guarantee that an open RAN deployment will mean using multiple suppliers. "I would not anticipate the choice we would make on suppliers," said Trabbia. "One benefit is to bring multivendor solutions, but it is too early to answer that question."

On the one hand, sticking with a small number of vendors would lessen anxiety about operational complexity and the need for systems integrators. On the other, it would negate a key argument for investing in open RAN technology.

Another potential problem is the shortage of open RAN products for older network technologies. While operators are phasing out 3G, and hoping to refarm spectrum, 2G seems bound to endure into the 2030s as the only option for global mobile roaming. Yet only a handful of vendors, including Mavenir, currently offer 2G support. And without it, operators determined to launch open RAN might have to maintain a separate 2G network in parallel.

"Obviously, open RAN will be focused on 4G and 5G," Trabbia acknowledged. "It doesn't prevent rolling out open RAN and yes, as always, we have to handle different technologies even if the end game is clearly to shut off legacy technologies. We need to prepare for this, but in the meantime we need to manage both."

If managing both does mean running two networks in parallel, costs would quickly escalate. As things stand, the O-RAN Alliance does not appear to have developed any specifications for either 2G or 3G technology. Named as an Orange lab participant, Nokia has confirmed it does not provide open RAN support for those standards. South Korea's Samsung, which also figured in today's announcement about the lab, has no 3G products. And Ericsson has no open RAN portfolio whatsoever, even though it contributes to the O-RAN Alliance.

The European shortcomings that Trabbia identified are apparent in the list of lab partners that Orange has named. Of the ten companies, only three have European headquarters, and one of those is Nokia (although Trabbia did claim to have 20 partners in total). The others, AW2S and Benetel, are respectively French and Irish developers of radio products. Alongside Nokia and Samsung, they look dwarfish.

Arguably the biggest gap is on the semiconductor side. Intel, the only silicon partner named, is obviously American, and its power-hungry, general-purpose processors look far from ideal for high-speed 5G networks in busy urban areas. "It is true that Intel started this journey a bit before the others, but the real chipsets for massive MIMO [an advanced 5G technology] are arriving around the end of 2022," said Arnaud Vamparys, Orange's senior vice president of radio networks.

For those, Orange seems to have pinned its hopes mainly on US alternatives to Intel. "Qualcomm has put R&D in France," said Vamparys. He also calls out Nvidia, another US chipmaker that is currently trying to buy Arm, the UK-based firm whose designs feature prominently in smartphones. Delaware's Marvell is a further possible candidate. "We are in contact with the five majors that are investing right now," said Vamparys. 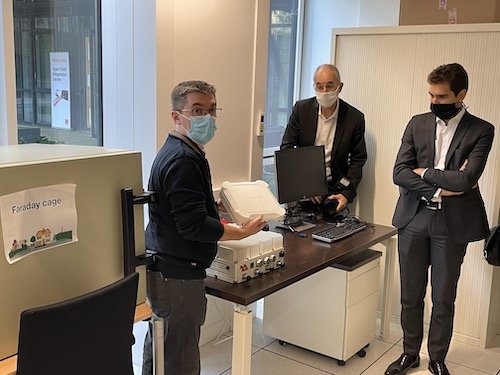 Fragmentation will not aid open RAN economics, however. Nor is the technological dominance of two or three players unique to the radio access networks sector. John Strand, the CEO of Danish advisory group Strand Consult, draws attention to Intel's power in PC and data-center chips, the lack of alternatives to Apple's iOS and Google's Android in smartphone operating systems and the control that AWS, Microsoft Azure and Google Cloud exert over the public cloud.

The fact is that any operator will struggle to slash costs  its overriding priority in a low-growth era  by adding to its list of suppliers. "Complexity is the killer in telcos. We struggle to deal with it," said Neil McRae, BT's chief architect, during a TelecomTV event in April. "When I hear about these open architectures where there are 50 different vendors, or even five involved, I run for the hills because frankly we're not geared to operate like that."

What some telcos really want is fresh competition for additional suppliers, not a multivendor deployment. But this does not sound like a recipe for specialization. And unless operators were prepared to spend more on their equipment and software, it could generate a market of subscale vendors that is ripe for consolidation. As interesting as it looks, Orange's new lab will not quickly overcome those doubts.