Referees normally jog around the pitch hectoring players and whipping out the occasional red card. Ofcom, which supervises the sport of telecom in the UK, seems to have forgotten its role as an impartial arbiter and joined the game. Instead of just setting rules and policing behavior, it is due to open a testing facility next month for open RAN, a controversial network technology. Parts of the industry are enamored, believing open RAN will inject competition into a moribund equipment market. But others are not convinced.

Either way, it should be for the market, not the referee, to decide. If operators have a genuine need for open RAN products, money will naturally flow into the technology. There are already signs that is happening. Finnish vendor Nokia, with its 22 billion (US$26.8 billion) in annual sales, has responded to customer demands with the promise of open RAN products later this year. Sweden's Ericsson has just opened its own "Open Lab" in Ottawa. Mavenir, a US open RAN specialist, received funds of $500 million from Koch Industries last month. 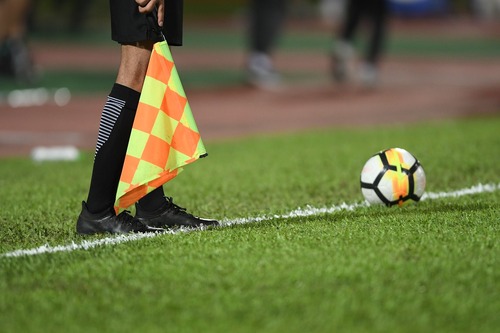 The UK's telecom referee wants to join the game.

The UK is not short of testing and development centers, either. Mavenir opened one in the town of Swindon around the same time it benefited from Koch's investment. Vodafone, a UK-based service provider that made 44 billion ($53.6 billion) in revenues last year, has just snipped the ribbon in front of a "test and integration lab" at its Newbury headquarters. In November last year, Japanese tech giant NEC picked the UK for its "Global Open RAN Center of Excellence."

All that makes Ofcom's intrusion look like a very ill-conceived attempt to guide the market in a direction it prefers. Ofcom has clearly taken its cue from the highly interventionist Conservative government, whose recent ban on China's Huawei will leave operators entirely dependent on Ericsson and Nokia unless alternatives emerge. But that is for the market to figure out. Operators have been given until 2028 to evict Huawei, which means they have sufficient time. Currently, there is no less supplier diversity than there has been since regulators questionably allowed Nokia to buy Alcatel-Lucent in 2016.

Ofcom is not stopping with the UK but clubbing together with other international regulators equally smitten with open RAN. Further details of its plans emerged this week in a document Ofcom shared with the US Federal Communications Commission. Named Sonic Labs, the new facility will use public-sector funds to host private-sector vendors and be administered by Ofcom in partnership with Digital Catapult, an agency. Companies named in the document include Accelleran, Phluido, Effnet, Benetel, Mavenir, Foxconn, NEC and Radisys. None, interestingly, is British, although Accelleran, Effnet and Benetel are European.

"As an independent regulator in a global marketplace, particularly when it comes to mobile vendors and issues of open RAN, we need to work collectively together," said Yih-Choung Teh, Ofcom's group director for strategy and research, during an online conference this week part-organized by BEREC, an association of European regulators. "In the UK, we represent about 2% of total vendor revenues. We're not going to get very far by ourselves and so partnering with other regulators, operators and vendors is absolutely critical."

Ofcom's experts appear to have made up their minds that open RAN is the only credible alternative to the traditional networks built by Ericsson, Huawei and Nokia. They may be right. In most of today's networks, operators buy all the software and components for a particular site from the same vendor. Open RAN should make it easier to mix suppliers, allowing companies to specialize. Building an Ericsson from scratch would probably not be feasible.

But there are doubts this multivendor mashup will succeed. The use of multiple vendors could make networks less secure and mean systems integration becomes a massive headache. The common, off-the-shelf equipment that would run open RAN software is less energy-efficient than the customized gear used in traditional networks, say experts including Nokia. Right now, tight integration between hardware and software seems to produce more sophisticated kit.

Fixes may eventually be found, but that is not Ofcom's role any more than a soccer referee's job is to advise players on taking the perfect free kick. Giving priority to a particular technology or concept when it is still largely unproven is not a good precedent for a watchdog to set. Self-interest explains why Nokia is opposed to regulatory preference, but that does not mean the Finnish vendor is wrong. "Since open RAN is the natural technology evolution, respective deployments should be market-driven and not mandated," said Florian Damas, Nokia's head of policy and regulatory affairs, during BEREC's conference.

For the time being, UK officials have stopped short of requiring operators to use open RAN. But Ofcom's testbed proactivity is a troubling step, and authorities seem poised to take an even bigger one. "The Sonic Labs testbed is an early stage of technology readiness to try to provide all the support to those who don't have the R&D skill to come in," said Ofcom's Yih-Choung Teh. "The UK government then has bigger ambitions in terms of a UK telecoms lab that would take that to a much bigger level and provide the capacity and capability to try to help with that process of integration and interoperability."

The dangers of all this are apparent in the report that was recently published by a UK telecom taskforce set up last year by the current government. Its recommendation that operators use open RAN products across 25% of their networks by the mid-2020s has not been adopted by the government as an official policy. But for operators that have just picked their 5G vendors  and begun investing in networks they would expect to be in place for a decade  the tiniest possibility of a mandate will cause alarm.