Country-naming conventions hold that dictatorships and one-party states must baldly profess to be democratic or republican, and that levels of tyranny are in inverse proportion to zeal for using those labels. Hence the Republic of Belarus, the People's Republic of China and the prize-winning Democratic People's Republic of Korea.

The crude propaganda trick seems to have been copied in the telecom sector, where many claims of openness need to be treated with equal suspicion. Open RAN, the latest fashion, connotes diversity and fairness and implies any other radio access network must necessarily be closed, as negative a descriptor in technology as undemocratic is in politics. But it is likelier to bring new overlords rather than diversity. And the Intel monopoly that currently exists in this nascent market hardly sounds very open.

Open RAN sounds even more preposterous in the name of the group defining its specifications. The O-RAN Alliance is having a stormy late summer. It risks non-compliance with US law because several of its 44 Chinese members are on one US naughty list or another. Sharing American expertise or technology with these companies could land other members in trouble. Sufficiently concerned, Nokia has paused its technical activity in the group. 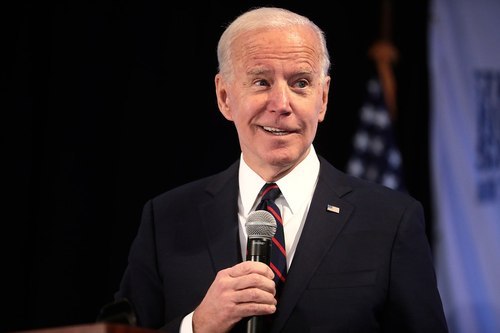 US President Joe Biden has not had a consistent approach to China.

Other members spy inconsistency. The US government, they note, allows Americans and American technologies to mingle freely with Huawei, a Chinese vendor on its trade blacklist, within the 3GPP, the group that defines the parameters of 5G technology, as well as various other prominent standard-setting bodies. Nokia's pause is just a delaying tactic, some have suggested. The Finnish vendor, despite its proclaimed enthusiasm, stands to lose out if open RAN takes off, they say.

Mavenir, a software company that has been a member of the O-RAN Alliance since it started, says US authorities are poised to give the association a pass. A spokesperson tells Light Reading that "policymakers are in the process of clarifying that American suppliers can and should keep contributing to the Alliance, 3GPP and other standards and similar bodies." Mavenir goes on to say that "participation in the standards process does not represent a security threat."

The charge of inconsistency would ring true if the O-RAN Alliance were recognized by the US government as a standards body. Unfortunately, for Mavenir and its allies, the group does not today look compliant with criteria drawn up by the World Trade Organization (WTO). It seems neither transparent nor fair enough to be considered a standards body, and its founding members appear to hold too much power. In short, it looks more like China's system of government than an open democracy.

This is not some wild accusation by an open RAN opponent but the very recent assessment of the European Commission (EC). Its considered view  reached after liaison with a WTO legal expert  is that the O-RAN Alliance does not obviously meet WTO transparency requirements because it does not make essential information "easily accessible to all interested parties." The group's procedures, moreover, are "not open in a non-discriminatory manner during all stages of the standard-setting process."

Perhaps the most worrying aspect of the group is the veto it effectively gives to founding members. In the paper it published just last month, the EC notes that "although interested contributors have opportunities to contribute to the elaboration of the specifications, the founding members have a privilege, because they have the necessary minority of more than 25% to block proposals."

These founding members, according to the O-RAN Alliance's own website, comprise AT&T, China Mobile, Deutsche Telekom, NTT DoCoMo and Orange. Their identities should not influence any WTO judgement, but the inclusion of China Mobile in that inner sanctum may horrify some US politicians. In June, the White House imposed financial sanctions on China Mobile as part of the "military-industrial complex of the People's Republic of China."

In its recent paper, the EC stops short of delivering a final verdict on the O-RAN Alliance, instead calling for an "independent assessment" of its status. But to ensure it is compliant with US law, the group may have to become more transparent and make changes to its modus operandi. That will probably not be easy. Removing the veto held by founding members, in particular, could meet resistance. And transparency has not come naturally so far. Journalistic enquiries are left to moulder for days without being answered. At the time of writing, it had not responded to questions on this topic sent on September 1.

But if the O-RAN Alliance is opaque, successive US governments have already shown they are not afraid of inconsistency. ZTE was taken off the trade blacklist in 2018 after paying multi-billion-dollar fines, replacing managers and agreeing to be supervised by US regulators. Yet its links to the Chinese government are far more obvious than Huawei's. If Huawei and far smaller Chinese companies are a security threat, then why isn't ZTE?

Whatever happens, there is no guarantee the 3GPP and other standards bodies will survive intact. As senior an industry figure as Börje Ekholm, the CEO of Ericsson, is admittedly concerned that groups may eventually split along geopolitical fault lines, resulting in two 6G standards. Not even the industry's most dedicated China critics think that would be a positive turn of events.