Open RAN has a credibility problem. The new-fangled concept is usually billed as the plucky underdog that will eventually save telecom from the tyranny of the giant vendors and their oppressive "lock-in."

Yet build any virtualized, open RAN network in 2021 and it is impossible to avoid Intel. With its $78 billion in annual revenues, the US semiconductor giant hardly qualifies as an underdog. Nor is it obvious why an Intel monopoly is an improvement on today's set-up.

A data processing unit (DPU), BlueField-3 could be combined with a GPU on the same network interface card to run all the baseband and other processing that normally rely on x86, says Ronnie Vashista, Nvidia's senior vice president of telecom.

"It is a kind of a breakaway solution from what has become almost a standard in a new environment, which is running on x86," Vashista tells Light Reading. 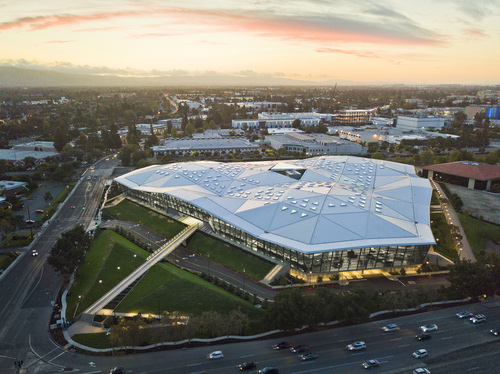 The availability of an x86 alternative would delight parts of the telecom industry desperate to see open RAN thrive as a competitive market. The dilemma of Intel dependency was neatly summarized by Alex Choi, the senior vice president of strategy and technology innovation for Germany's Deutsche Telekom, during a conversation with Light Reading last year.

"Today, Intel is the only one that contributes Layer 1 solutions to the open RAN community, which is not good enough," he complained at the time.

Layer 1, of course, refers to the baseband processing that takes place in a mobile network. In a traditional deployment, this processing would happen at the bottom of a mobile mast, using chips developed by a big kit vendor  typically Ericsson, Huawei or Nokia  in partnership with silicon specialists.

An open and virtualized RAN moves the Layer 1 functions into a network box known as a distributed unit (DU). In this case, the processors have so far come entirely from Intel's stock of x86-based chips.

Split between DUs and a smaller number of boxes called central units (CUs), processing at Layer 2  the data link or MAC (for media access controller) layer  is the preserve of x86, as well. So, too, is Layer 3, the network-layer processing, which also happens in the CUs.

Intel is not the only supplier of x86 chips, but  as the brains behind the technology  it is the only one that matters. AMD, Intel's sole x86 rival, had this to say in a recent filing with the US Securities and Exchange Commission.

"Intel has been able to control x86 microprocessor and computer system standards and benchmarks and to dictate the type of products the microprocessor market requires of us."

Today, the only viable architectural alternative to x86 comes from Arm, a UK-based company whose processor designs can be found in most of the world's smartphones. Selling blueprints to other chip designers such as Broadcom, Marvell, Qualcomm, Xilinx and Nvidia, Arm also features prominently in the traditional RAN products built by the likes of Ericsson and Nokia.

"The odds are that if you open up any of these hardware boxes today, the dominant CPU [central processing unit] architecture is Arm," said Panch Chandrasekaran, Arm's director of carrier infrastructure, in a recent conversation with Light Reading.

But Arm and its partners have trailed badly in the nascent open RAN market. Typically, their role has been limited to providing what are known as hardware accelerators for baseband, designed to overcome certain limitations of x86 processors. That is an area in which Nvidia already plays with its GPUs.

"There is a tremendous amount of compute intensity required in the baseband and so it lends itself to the opportunity for Nvidia, which is accelerated compute," says Vashista, who joined Nvidia last year, having previously worked as the general manager of Intel's network and configurable logic division.

With BlueField-3, however, Nvidia would be using an Arm-based architecture to compete against Intel not only in baseband processing but in higher-layer functions as well. The DPU includes 16 A78 Arm CPU cores and would allow Nvidia to bypass x86 entirely in Layers 1, 2 and 3, according to Vashista.

"That is very unique in the industry because we don't in that case use an x86 host to run Layer 2 plus, as do other accelerators or virtual RAN solutions," he says.

BlueField-3 is not expected to hit the market until mid-2022. One of the difficulties for Nvidia will be challenging the open RAN ecosystem that has sprouted around Intel and x86.

The most prominent open RAN software companies  Altiostar, Mavenir and Parallel Wireless  have all based their technology on FlexRAN, a software stack that Intel began developing in 2010. This effectively ties those companies to an x86 architecture.

Even Samsung, which does not use FlexRAN, has acknowledged that its open RAN software is built for x86 processors.

Nvidia's response involves something called Aerial. As a Layer 1 software platform, it comes with a software development kit and can be combined with third-party solutions for "Layer 2-plus integration," explains Vashista.

Will Nvidia be the only Arm partner that squares up to Intel? Marvell has also been promising a full set of radio unit, DU and CU products, including reference software for Layer 1. But Qualcomm, previously cited by Deutsche Telekom's Choi as a potential alternative, ruled out any challenge as recently as June.

"Right now, we are focused on the bit we are really good at and for DU that is really about hardware acceleration, rather than the core processing aspect," said Ben Timmons, the director of business development for Qualcomm Europe, in response to a Light Reading question during a media roundtable.

The backdrop to all these developments is a planned takeover of Arm by Nvidia. In a move that has alarmed regulators and opponents, it has offered $54 billion to buy Arm from SoftBank, its Japanese parent.

Critics have argued that an Arm attached to Nvidia would lose its status as an independent licensor. Nvidia, they say, would be able to prevent its rivals from obtaining critical blueprints.

Competition authorities are now investigating the deal. Success or failure should not affect the rollout of BlueField-3, but it does add intrigue to the story.