The latest treatise on open RAN, prepared by open RAN's equivalent of the Spanish Inquisition, seems to identify Nokia as a heretic. The Finnish equipment vendor has long insisted on its conversion to the industry's fastest-growing religion. But it has been masquerading as a practitioner, suggests the report issued last week by Deutsche Telekom, Orange, Telecom Italia, Telefónica and Vodafone.

"Nokia has developed open RAN software functions, but these currently only run on Nokia proprietary hardware," fulminate the report authors, like Torquemada passing judgement. The penalty for Nokia is not burning at the stake but possible expulsion from the Holy See of open RAN. The operators want European governments and regulators to back local alternatives. 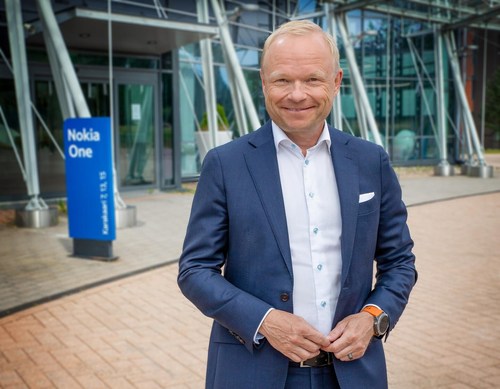 Nokia has firmly rejected the accusation. "I can confirm that this is not accurate  Nokia's open RAN software functions are built with open interfaces per O-RAN Alliance specifications," said a spokesperson for the company via email. Founded by AT&T, China Mobile, Deutsche Telekom, NTT DoCoMo and Orange, which maintain veto rights, the O-RAN Alliance establishes what is and is not compliant.

The religious doubts about Nokia will not disappear until it can identify hardware partners, something it was unable to do when Light Reading played the role of grand inquisitor. Nevertheless, in a public LinkedIn exchange between telecom executives, Mark Atkinson, Nokia's senior vice president of RAN, insisted the firm's commitment to open RAN is "not a marketing stunt." Atkinson went on to say: "We have shown that our RAN system is working well with third-party RRH [remote radio heads]."

The different sects of open RAN

Open RAN has become so riven by feuding geopolitical interests that assessing any claim about the technology on its own merits is virtually impossible. The only sensible question to ask is whether it is or could be the best way to construct a mobile network. Does it make build and operation easier or cheaper? Will it spur innovation? Unfortunately, fanaticism and hostility are crowding out objective analysis.

A case in point is the cost argument. Rakuten, a Japanese evangelist, continues to preach that open RAN is 40% cheaper to build and 30% cheaper to operate than a traditional network. For a long time, this had impartial analysts and reporters scratching their heads as they tried to crunch the numbers. But even some open RAN advocates are now dismissive after early experimentation.

"Some of the vendors made some pretty outlandish claims early on to say it was 30% faster, 30% cheaper, and it just wasn't true," said Scott Petty, Vodafone's chief digital officer, in conversation with Light Reading at a recent press event.

More overtly skeptical, Neil McRae, BT's chief architect, goes even further. "One of the biggest myths is that open RAN is going to save us money," he told reporters earlier this month. "I know how to write open source code. I know the effort that is required. When you look at the CPU [central processing unit] infrastructure you need, I also know how much Intel sells it for and how much the other five guys who make Layer 1 chips cost."

The "outlandish claims" and "myths" began to circulate around the time Donald Trump launched his campaign against Huawei. Before that, open RAN was a rational debate about improving interoperability between vendors, introducing virtualization into the RAN and rearchitecting networks. Almost overnight, it became the answer to the Huawei conundrum, America's best opportunity to produce rivals to Ericsson and Nokia, a crutch for protectionists, an elixir for operators wounded by their clash with Big Tech.

If not quite outlandish, one of the most dubious claims was always that open RAN would throw up sustainable alternatives to the big kit vendors  Ericsson, Huawei and Nokia. These companies exist in their current shape thanks to years of consolidation and Europe's preference for low-cost Chinese equipment. Operators were complicit, loving the scale economies it brought. When Nokia swallowed Alcatel-Lucent for 15.6 billion ($17.5 billion, at today's exchange rate) in 2016, not a single operator complained.

"On the contrary, virtually unanimously, the customers who replied to the market investigation consider the overall impact of the transaction on the RAN market to be neutral, with some customers even considering that the transaction may have a positive and pro-competitive effect," said the European Commission in its detailed paperwork on the deal.

The typical retort is that open RAN will aid specialists. Instead of spending $1 billion on Ericsson, an operator could divide that amount between a hardware vendor, a software supplier, a test-and-measurement company and so on, taking the best in each field. This is awkward without open RAN because interfaces between the various bits of the network usually tie operators to one vendor. The situation naturally suits the incumbents that can do everything.

There are several problems with the logic. The first is what Light Reading calls the fallacy of competitive disaggregation. Being able to buy software and hardware separately does not guarantee that each separate domain will be a vibrant marketplace. The market for semiconductor manufacturing, for instance, is highly specialized but oligopolistic (Taiwan's TSMC and South Korea's Samsung dominate production of advanced chips). In the worst case, operators could be swapping their reliance on three giant kit vendors for a series of dependencies.

The second issue is that using more suppliers is usually more expensive, according to BT's McCrae. Operators that do this will also exchange the frustration of lock-in for the headache of integration. The options then are DIY (which, for Vodafone, will entail adding another 7,000 software engineers to its organization) or hiring an external systems integrator. Either way, integration sounds expensive. Last week's telco report estimates 38% of all open RAN spending will be on services including systems integration. And putting a third party in charge of this activity could mean settling for a different type of lock-in.

Even if BT does embrace open RAN in the future, McCrae does not envisage adding to the number of suppliers. To achieve this, BT could always try allocating work based on network domains, rather than geographical areas. It could, for instance, use a single RAN software developer alongside a single RAN hardware manufacturer for the whole UK network, rather than buying all products from Nokia for some regions and using Ericsson for the rest of the country. This would, however, make BT even more heavily dependent on individual suppliers. Far likelier, then, is that it buys lots of open RAN products for a given site from the same supplier.

This could explain McRae's apparent opposition to some of the open RAN doctrine espoused in last week's report. "I find it absolutely incredible that the paper does not also call on Europe to support Nokia and Ericsson given that Europe has the only two scale vendors in radio," he said in the same LinkedIn exchange that involved Nokia's Atkinson. "If Europe needs to catch up, then any strategy without those two suppliers being a major part of it seems a little bit puzzling to me."

The suspicion remains that Nokia came under attack not because its software only runs on its proprietary hardware but rather because of some telco intolerance for Nokia. The Finnish vendor, after all, has already shown its willingness to disaggregate in Japan, where it has supplied 4G radio units that Rakuten has combined with third-party (Altiostar) software.

The dilemma for Europe and the likes of McRae is that open RAN will inevitably weaken Europe's big equipment vendors if operators prefer alternatives (whether Asian, American or European). The RAN market is not expected to grow much. The latest forecast by Dell'Oro, a market-research company, is for a 3% increase in revenues next year, and Ericsson anticipates a plateauing in the mid-2020s. Any gains will have to come at the expense of rivals.

McRae's remarks point to a developing open RAN schism between operators. For BT, and especially for smaller operators, the sort of multivendor networks championed by Rakuten and Spain's Telefónica must sound like an operational nightmare. No wonder there is concern about a potential weakening of Ericsson and Nokia.

Deutsche Telekom, Telecom Italia, Telefónica, Orange and Vodafone seem to have made up their minds not only that open RAN is the future but also that it will dramatically change the competitive dynamics of today's technology industry. But even one of the most optimistic analyst forecasts (from Analysys Mason and included in the telcos' report) assumes that 80% of RAN investments will continue to go into conventional technology in the mid-2020s. And no advocate has been able to explain why handing responsibility for different network elements to a multitude of suppliers is achievable or desirable.

The open RAN treatise is littered with examples of powerful companies that dominate bits of the supply chain  from Intel, Samsung and TSMC in chip foundries to AWS, Google and Microsoft in the public cloud. It fails to show why Europe's contribution  the Nordic RAN duo of Ericsson and Nokia  is so much worse, or how open RAN will address the other oligopolies.

For McRae, at least, the focus is all wrong. "The issue, if there is one, is that Europe is behind on core electronic component design, development and fabrication and that's not just an issue for the RAN," he wrote on LinkedIn. More than a few executives will be saying amen to that.